Number 9 needles and my personal best

I'm going on a art retreat next month and all I wanted to do was take my camera out into the Dayton desert and try to find some wild mustangs to photograph. But sometimes you have to do things that aren't on the top of your list, in order to have a consensus.  Our group is a wonderful and agreeable group of woman that are all very talented in many different ways. So we always try to do things that everyone is in agreement with.
Case in point...
Our art group (SCAT) meeting was here at my place last week. We had decided, early on, that a fun project for the retreat would be a felted hat with a felted flower and a pair of felted slippers.  We would make the hat and slippers ahead of time and teach everyone how to felt them and make more felted flowers for those who hadn't been to the meeting where we learned to make them.
As for knitting slippers... I though it would be fun, but not ever having followed written knitting directions before... I was very intimidated . I had only done scarves and flat, straight knitting.
These slipper directions are a real learning curve. These directions called for RS, LS, SSK, and K2tog. They wanted me to "kl,ml,knit and stop before last stitch, ml, kl" one way and purl the other. 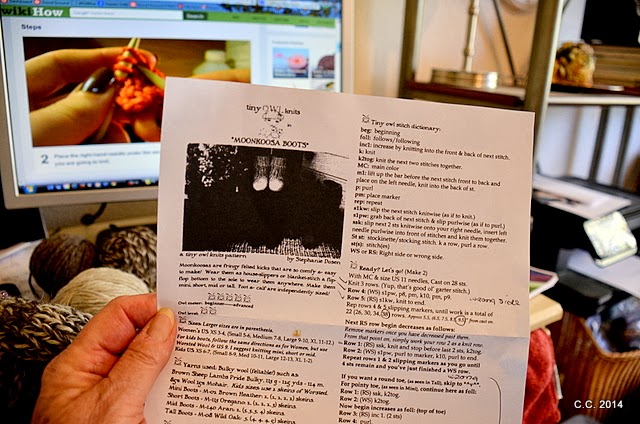 Then the writer tried to introduce some humor with, "Ready?... let's go. ( Make two). 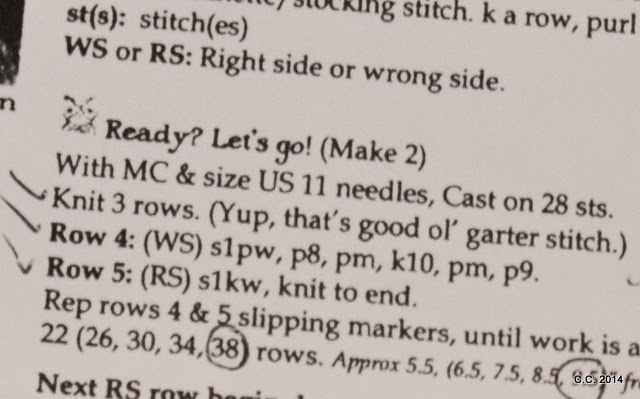 Of course... make 2... it's a PAIR of slippers.
And then there were the (parentheses) with snappy little insider comments.
I started one slipper at the meeting and got off to a pretty good start. I had two friends that not only knew how to knit well... they also finished their pair of slippers already.
I decided on the yarn I would use and mixed three LION brand wools together so I could achieve "bulky" status, which I needed, to felt these slippers when I was done knitting them. I still maintain a "STASH" of yarn, even though I haven't done any knitting in over two years. The yarn is in three containers out in the garage. You never know when the knitting bug will hit. You have to be prepared. I'm probably "prepared" for the rest of my life.
On Wednesday, I was doing really well. I had support. Both ladies were patient and understanding. I was surprise how much I did remember from a few years ago, when I went a little crazy with the "knitting scarves and felting them" portion of my life. Some of it is like riding a bike... the basics come back... BUT... The ladies went home.
That was last Wednesday. I'm still on my first slipper and today was a hard core bad word day. It was a "Should'a called someone" day. But I didn't. I guess it was pride. I don't know.
I finally went to my Knit Aid book for abbreviations. 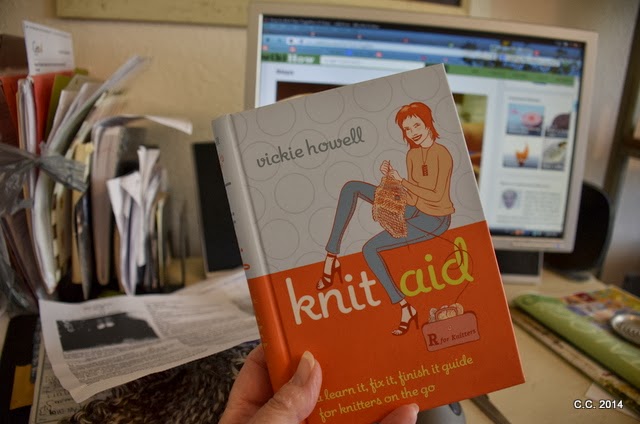 SSK was not there.

So I went on line. 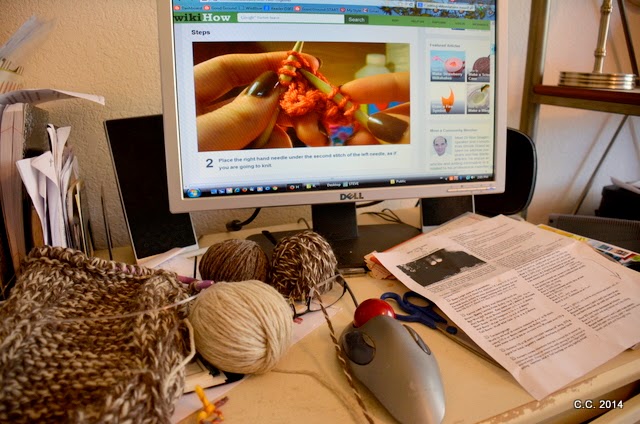 Here, I found a woman with brown fingernail polish to go with her orange yarn, explaining how to skip,skip, knit (SSK) and how to knit two stitches together (k2tog), how to increase and decrease and what the right side (RS) of the knitting looks like. Wow! I love the Internet.
So I continued under the tutelage of the lady with the brown nails and learned all kinds of stuff.
I also went to the Tiny Owl Knits site that makes the pattern for these "moonkoosa boots". It's a fun site and this is the link... for you.     (The gray slipper on the top left of the website is the one I'm knitting.) 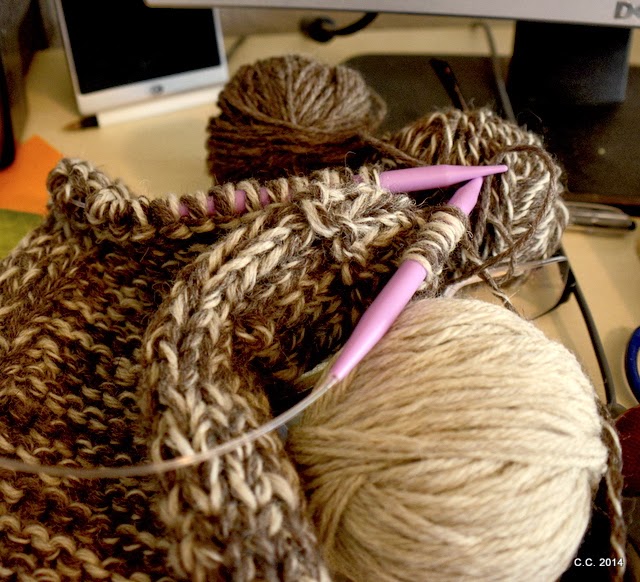 By tonight, I am almost finished with one slipper. I've found that I'm very good at decreasing... but awful at increasing. Could be that I'm knitting right handed and, even though I can do a lot of things with both hands, I'm basically left handed. It's a good excuse anyway.
So... My next step is to repeat rows 1 and 2 until I have decrease down to 4 stitches(sts.) and then there's another page telling me how to put this "boot" together.
I may not be leaving this computer all night. 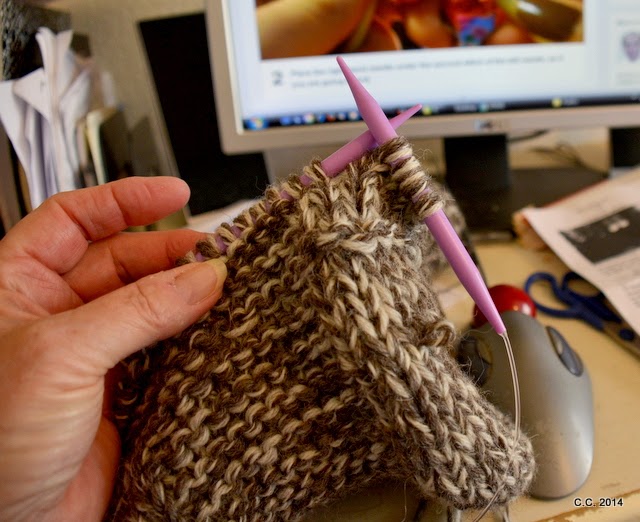 It's a matter of achieving a goal... like the athletes in the Olympics... which I watched from beginning to "closing ceremony" end... which was wonderful... and made me realize that, with training and talent, you can do just about anything.
EVEN when you think you can't.
There were some tears this afternoon... and that's when I went for the chocolate in the freezer...  I do know what comforts and motivates me.
I'm buying a wool hat from someone who knitted more than one hat... just for the fun of it. Imagine that! She loves making them. I can only take so much of this endurance knitting, so I opted for a homemade, already done, knit hat.
Because... I'm almost out of chocolate.

I will post my slipper/boots when I'm done with them. Any mistakes will be felted into oblivion.
I figure I may come in about 7th or 8th in this boot competition. I won't "metal", but it's about the accomplishment... and endurance... and my personal best.