Reasons for being Noni

May you have the gladness of Christmas which is hope; 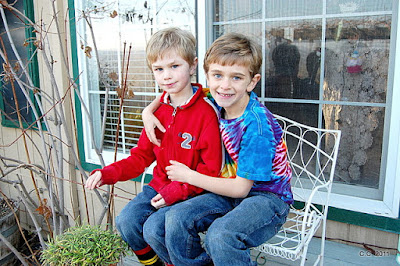 The spirit of Christmas which is peace; 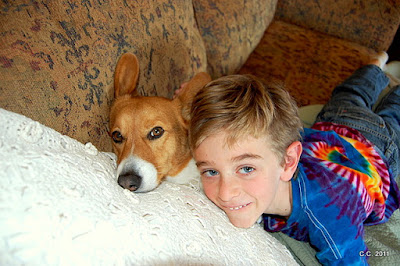 The heart of Christmas which is love.
~Ada V. Hendricks 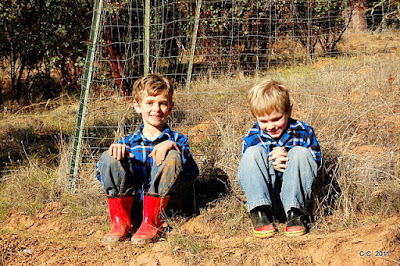 Merry Christmas
Everyone.
Posted by farmlady at 7:20 PM 7 comments:

One of my favorite singers and a beautiful song.
Enjoy!
Posted by farmlady at 10:38 PM 4 comments:

The Beans are on their way. 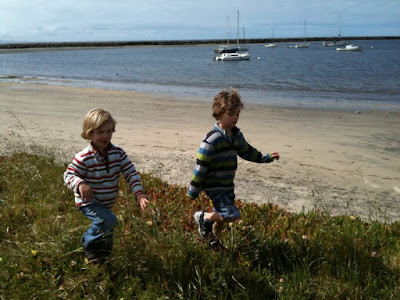 Guess who's coming up to see Noni and Papa?
Our wonderful grandchildren... and their Mommy.
They're on their way. They will be here for a few days.
We don't have snow. I wish we did. Still, it's beautiful. Very cold!
We are going to play in the town park and bake cookies. I bought a cookie press so we can make Spritz cookies and decorate them. The boys will get to go find chicken eggs and talk to the goats... and play with Carl and Cutter.... and sleep in sleeping bags under the Christmas tree.
Daddy has to work. We will miss him so much. Wish he could be here too.
Got to go and wrap some gifts.
Merry Christmas to all...

(p.s. The owl left yesterday morning and hasn't come back. Guess he's on to better feeding grounds.)
Posted by farmlady at 11:05 AM 7 comments:

It was a typical Sunday morning around here. 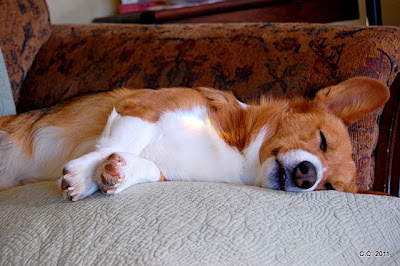 We were relaxing... on our second cup of coffee.
The dogs were getting a little bit more shut eye. 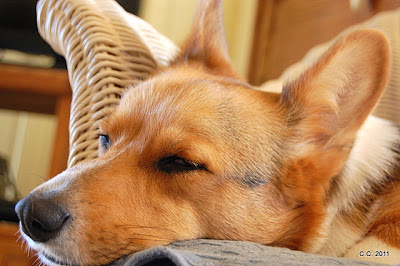 The Prospector called me from the kitchen.
"Hey, the owl is back."
He told me, a few days ago, that a small owl landed on the wicker rocking chair on the porch. I was shopping and missed the encounter. It didn't last long and the owl flew away.
The Prospector was so excited to see one up close. We have a barn owl in the shed at our entrance which we have seen for years but recently it has been gone. We hear owls at night. I love listening to them. But, to have one land on our porch in the middle of the day was extraordinary.
This morning it happen again.
"Bring the camera!", called my husband from the living room.
When I got to the window I saw the owl. It had perched itself up under the eave of the porch overhang.
There it was... 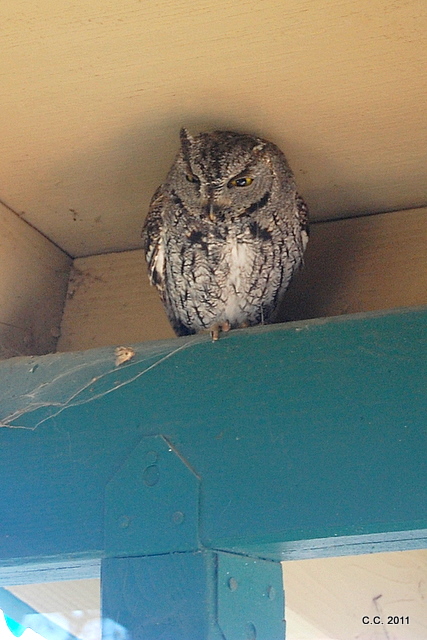 It looked like it was tired... and a little cranky. 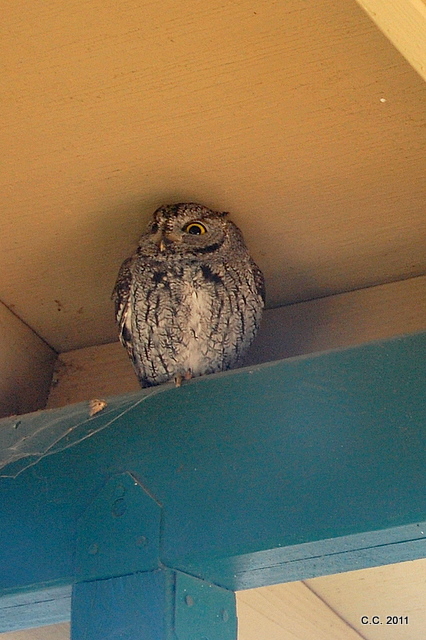 and it started to settle in... 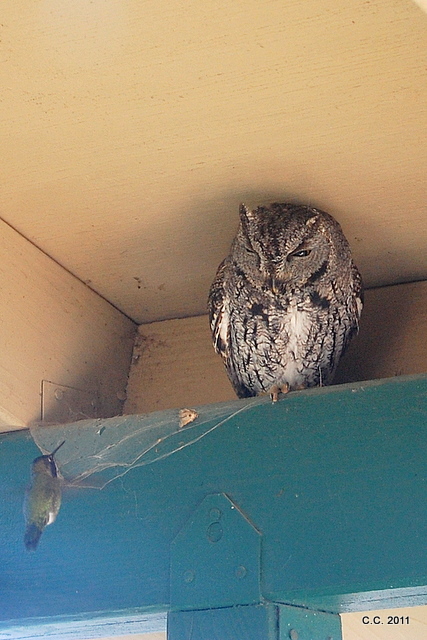 But something caught its eye. An arrant hummingbird was wondering why this BIG bird was on the hummingbird's porch. These bossy little hummer's don't like other birds near there feeder. It flew quite close to the owl and darted in and out, hoping (I guess.) that the owl would fly away. Well, this little owl stood its ground and appeared more annoyed than anything else. 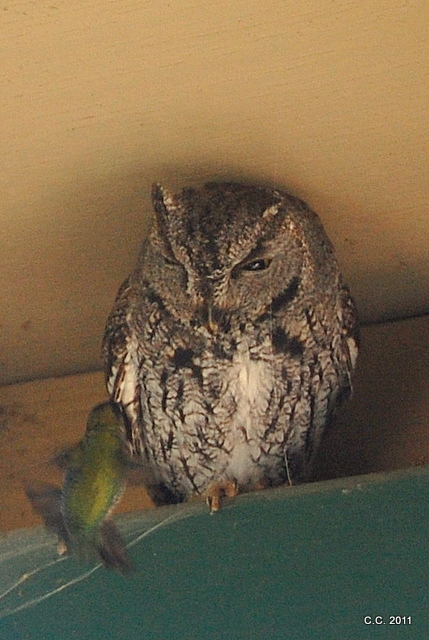 The hummer flew at the owl a few times and then backed off. He came back a few times, then left the owl alone. They must have come to some agreement. I know that the owl gave the hummer the "stink eye", so maybe that was all that was needed. 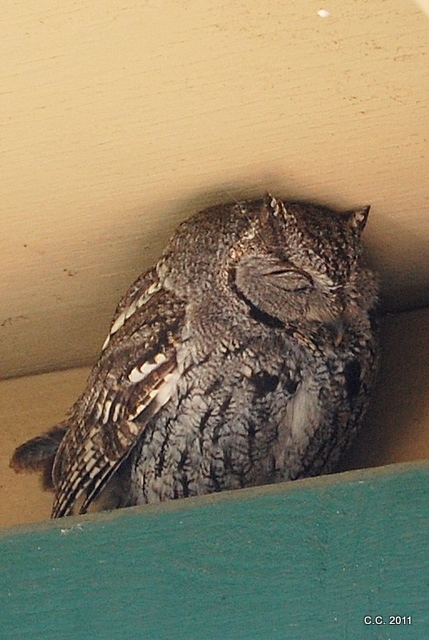 The little owl has tucked itself into its feathers and gone to sleep. I hope it's OK. I hope it stays for a while.
It is such a treat to have a wild thing visit us. Like all the other close encounters that we have here, I feel that we have been given a special moment... a gift.
This little guy is like an early Christmas present... already unwrapped.
Posted by farmlady at 12:47 PM 18 comments: