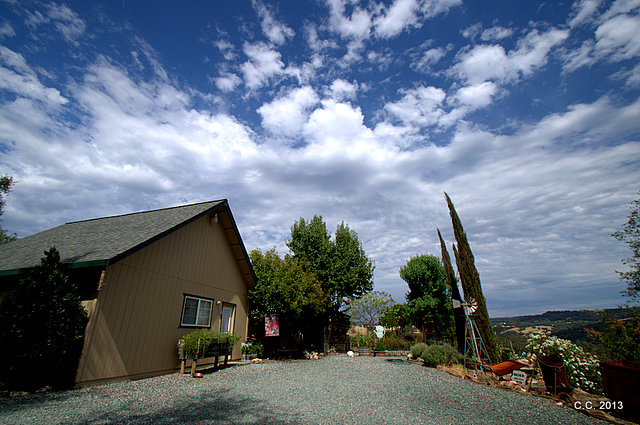 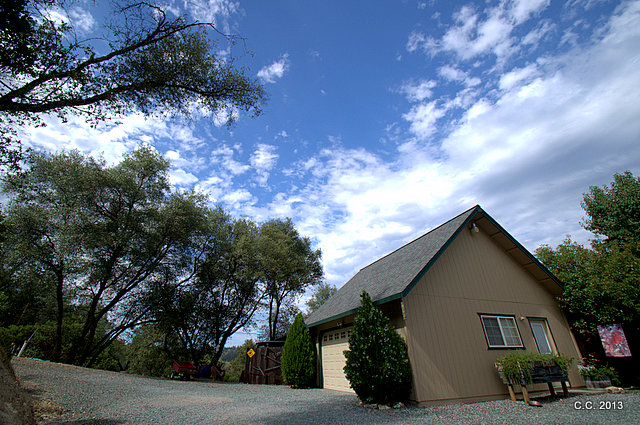 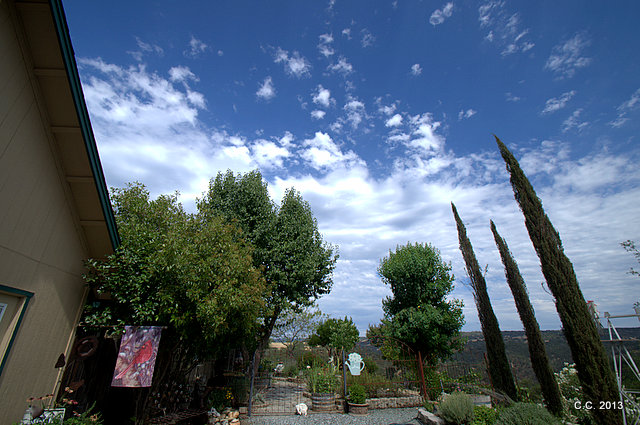 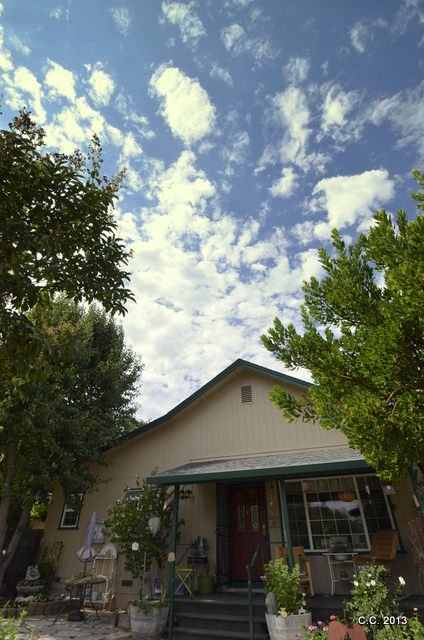 Rafting on the Mokelumne 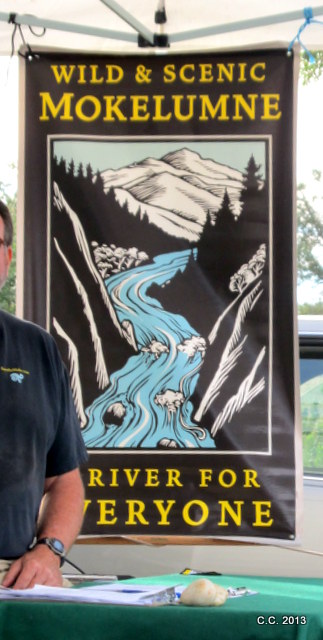 A couple of weekends ago our oldest son came up for a visit. We surprised him with a raft trip down the Mokelumne River.
The Prospector and I had been on the American River, above Sacramento, with the boys and some friends  many years ago. The water had been very still and we actually had to get out and push the boat down stream that time. We had fun, but it wasn't exactly white water rafting. This was different.
This trip was put on by a group called ORRS and the Foothill Conservancy, who want to make this river into a wild and scenic designated river so it can be protected from dams, water agencies and other foolish people. I need to learn more about this, so I can't tell you too much. I'm learning myself. I only know that this is a beautiful river and if it's not protected someone will come along and muck it up like so many other natural places.
We met at the local supermarket parking lot and signed in. Then they put us in a van and drove us to the river. We went south on highway 49 to Electra Rd, then east along the river to a beach called Box. I have no idea why it's called Box but that's its name.
They gave us life jackets and helmets and showed us how to wear them, how to use the orrs, how to listen to our fearless leader and how to fall out of the raft graceful. Falling into the water was not something that I intended to do, but you have to know WHAT to do if it happens. 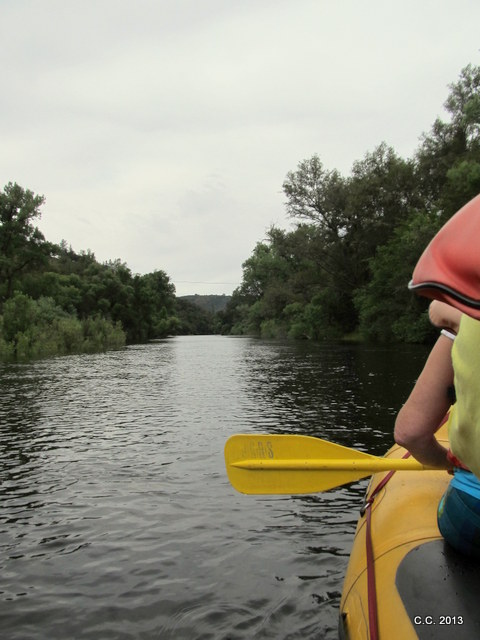 The Prospector and I ended up in a raft with six other folks... seven adults and a 10 year old girl. The young girl sat in the middle of the raft, didn't row and never said a word during the whole trip. Our son was in another raft. We wanted to be together but it just didn't work out that way. Which was good because I didn't have to act like I wasn't scared when we hit the rapids.
\You will notice that there are no pictures taken in the rapids. That's because you are rowing, leaning, listening to the leader tell you what to do and  generally working your tail end off so you don't hit a boulder and  dump everyone into the water. It's way more work than it appears when you watch from the shore. 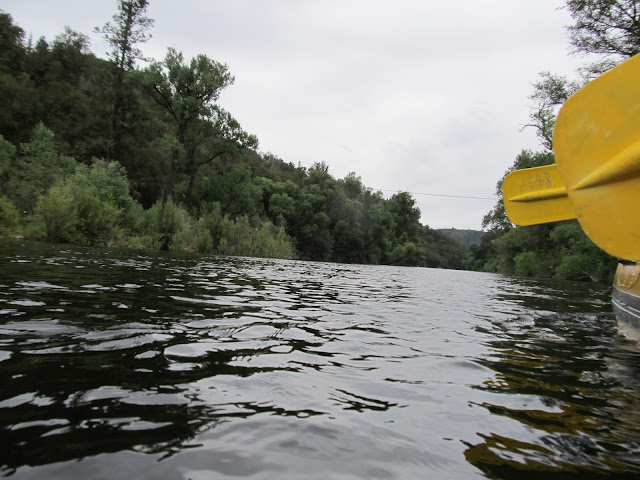 When I had a few minutes of not rowing, I got my little point and shoot camera out of its Ziploc bag and took some shots of the river and some of the scenery. I didn't bring my good Nikon camera. Just my luck it would have been thrown into the water at some point and that would have been the end of a very expensive camera. I have decided to buy a waterproof camera for this kind of adventure... with a float attached so it doesn't sink. think of the possibilities. They're not too expensive. Our guide had one attached to his Cotton Carrier. The small camera was right in front of him and hands free. All he had to do was turn it on. He was shooting video and having the camera on his vest front was really handy. He recommended a Nikon  Coolpix AW100. 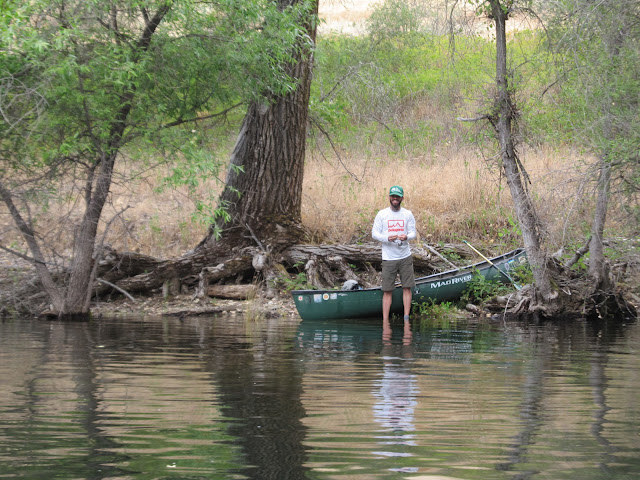 Some guy was fishing. He said he hadn't caught anything yet, but he sure looked like he was having a good time just being on the river. 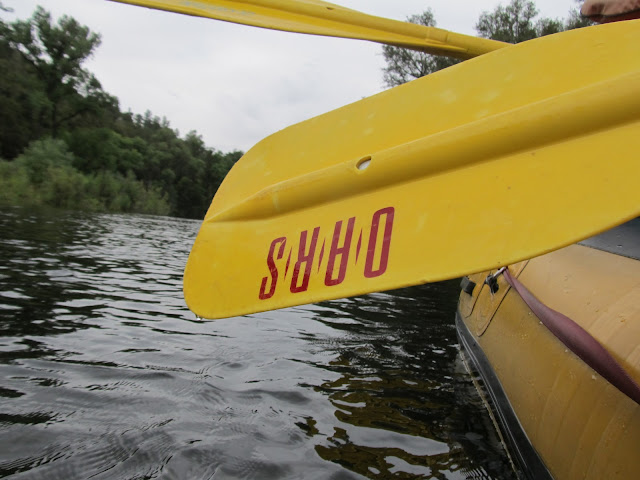 I loved the parts of the river where it was deep and smooth. Rivers are like pacifiers for the soul when they are moving slow and deep. You feel yourself being wooed by the peacefulness of the water and the sound of the raft moving through it. You hear birds and sometimes cows mooing on the surrounding hills... and the sound of water. That's all... OH, and the sound of screaming coming from the folks in the boat behind you as they go through the last bunch of rapids. Then yells of "WE DID IT!" 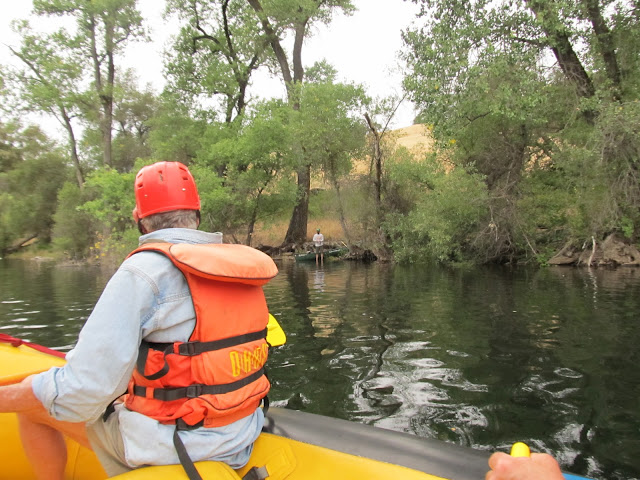 We could have gotten out and walked home from here. We live close by, but this was the first time in 15 years that we had been IN a boat ON the river.
The rapids were really fun. Only one was a class 3. The rest were very exciting, but not too difficult to negotiate for us... the "newbies".
I'm hooked. I would go again.  It's an adrenaline rush to go down rapids, rowing and avoiding the rocks and potholes and getting wet... and having the boat turn backwards or almost flip. You have more control that I ever thought you did. It's all about maneuvering the boat correctly and rowing fast, slow, forward and back to control where you go. We all worked very hard at it, listening to our guide and moving together to get through the rapids and into the wide quiet areas. It was truly an exciting and fun experience.
We reached the Middle Bar area and the "take out" for the rafts. We had to carry the rafts up from the river and help get them on the trailers. 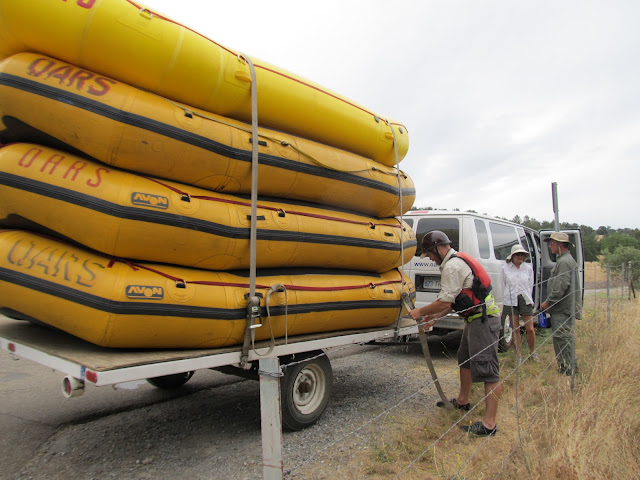 Then we climbed into the vans and they returned us to the store parking lot in town. 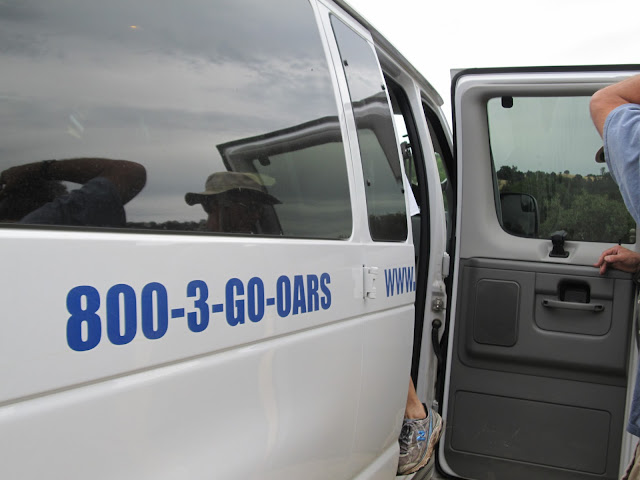 They only do this a couple of times a year. So if you live anywhere near the Mokelumne River call 800-3-GO-OARS and have some fun. Children have to be 8 years or older.The little girl with us was 10 and I think that the rapids were a little scary for her.  A few times I asked her if she was OK, she shook her head up and down... but she never said a word.
Pacific Gas & Electric controls the Electra Dam and the water flow for the river. You have to be very careful not to swim, float or kayak, by yourself, on this part of the river because of the changing water levels... but going with a group and experienced guides is a safe and wonderful experience.
I'm so glad that we got to do this. We plan on doing it again next year.

I was fooling around with some images I took in the garden on one of those really hot nights last week. I call this faux HDR. Here's what HDR really means. I was just playing around with putting identical photos together.
I took two images that were identical. Lighten the jpeg image and left the RAW image as is. Then I merged then together on Picassa, did a bit of darkening, sharpening and cropping on the new "collage" photo and here it is.
This group of bees were settling in for the night. 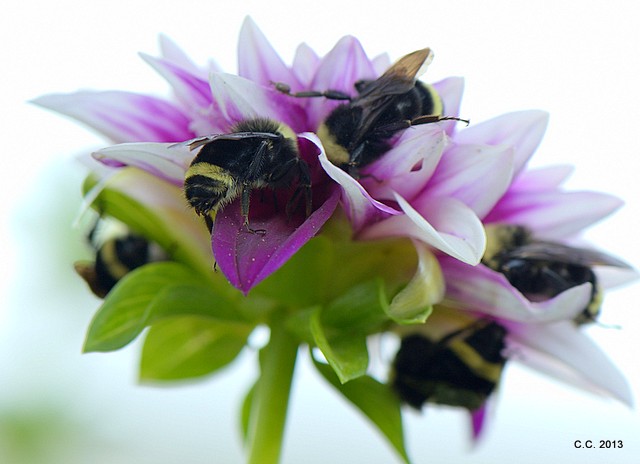 They always sleep in the flowers, out in the garden, but this was the first time I had seen this many on one flower. There were six or seven of them vying for sleep space.
Still working on my focusing. Practice, practice, practice.

Hope you're weekend was a happy one.