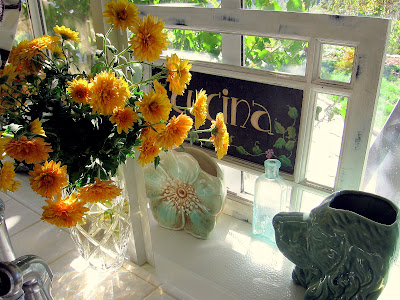 This is a happy day. I just ordered a new camera: a Nikon D40 digital SLR with two zoom lens. I'm so excited I want to dance. I have been thinking about this for a long time and debating for quite a while which camera to buy. It came down to the Nikon or a Canon Rebel XS. I choose the Nikon because it came with two lens for the same price as the Canon with just one lens. I read books and researched both cameras for months. I bought it at RitzCamera.com. They were having a sale that ended today so ...., push came to shove and I decided this was it.
I have a passion for photography and wanting a really good camera has always been a dream for me. So I will have a quiet talk with my Canon Power Shot A520 and tell the little camera that I still love it and will still use it and carry it with me . I won't forget all the years of loyal service that it has given me. It's scratched up and the lens doesn't open without some help. It has been through rain, dust, wind and snow and never failed me yet. It's been the best little point and shoot I've ever had...,but, now I'm ready for a step up and , oh my gosh, I'm so excited.
Bees on flowers and deer at a distance, mountains with snow and praying mantis on my roses; nature is an endless supply of great photo opportunities..., and then there are the BAMBINOS. Hey, baby boys!! Here comes your crazy Noni with a new camera: Better run and hide......

"Hi Freckles, how are you today sweetie?. You sure are getting big. Look at ya..., catching up with the rest of the boys."
"Hello Farmlady. I'm learning how to be a big goat. I already know how to run the fastest and butt heads....., and I have a secret."
"Can you tell me what the secret is?
"No."
"Why not?"
"Because then it won't be a secret."
"Oh..., well why did you bring it up then?"
"I don't know. I get excited and forget I'm not suppose to tell."
"Well if you decide to tell me, I'll be around. Be careful Freck's, Bart is underneath you. Don't trip on him. See you later, boy." 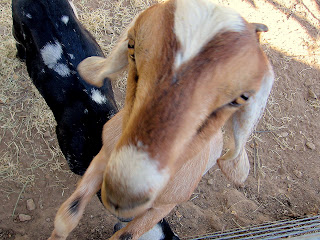 Freckles jumped down on top of Bart and they decided to play the "butting heads" game for a while, then Freckles 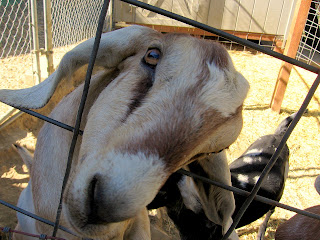 ran down into the pasture.


Murphy came over to the fence.
"Hi farmlady"
"Hi Murph'. how's it going today?"
"Pretty good. How are you?"
"I'm ok. I was just talking to Freckles and he says he has a secret. Do you know what the secret is?"
"Maybe."
"What do you mean by maybe?"
"Well, it's not really a secret."
"Oh?"
"Yes. It's just something he's learning to do."
"And what would that be?"
"Well, I don't know if I should tell you because Freckles thinks it's a secret and I wouldn't want to tell a secret if he really thinks it's one."
"I think you should tell me if it's something that might get Freckles in trouble or hurt him"
"Oh. I didn't think about it that way."
"Should I ask Bart or Brownie instead?"
"No, I'll tell you."
Farmlady leaned over the fence and smiled. She rubbed Murphy's neck and said....
"What is it sweetheart?"
"Well Farmlady, Freckles is learning to climb trees."
"What?"
"Yes, and he thinks that if he climbs high enough he can find more leaves and branches to eat, but I think that he might fall. I'm worried about him and I don't want him to get hurt."
"I understand. I'm glad you told me. I will talk to him."
"Thank you Farmlady."
"Your welcome Murph'."

Farmlady gave Murphy a scratch behind his ear and then said....
"Murphy? Do you remember when you use to dance by the light of the full moon when you were younger?"
The little goat looked at her and quietly said "Yes."
"Well, was that just what goats do? I've never seen the other goats dance like that. Were you just being playful, or was that some kind of dance that goes beyond what we humans know about?"
"Yes, it has special meaning for me."
"Can you tell me about it sometime?"
"I don't know if I can explain it."
"Would you try?"
"I'll try, Farmlady."
Murphy turned and walked away, but Farmlady could tell that the little goat was saddened by what she said. Maybe Murphy had secrets too.
Later on, Farmlady saw Freckles stretching against an Oak tree, looking up into it's branches. He saw her watching him, so he walked on down the hill to another tree. He kept looking back to see if she was still there.
She would have a talk with him soon.

Secrets are not always really secret, she thought, some secrets need to be talked about and worked through. Some others, like Murphy's should be put away and not talked about with anyone. They are private, deep and carried in one's heart. It is a hard decision to share or not share.
She would remember to tell Murphy this tomarrow...., she would tell him that he didn't have to talk about dancing if he didn't want to. It would be his choice. There are places that others shouldn't ask to go and she knew that she had made sweet Murphy sad without thinking about his feelings.
This was a lesson that she would remember for a long time. 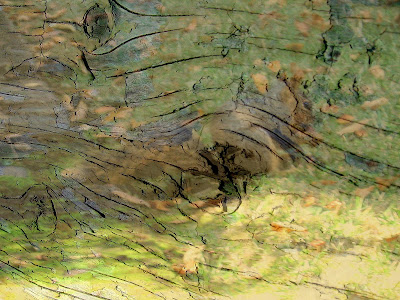 Posted by farmlady at 4:24 PM No comments:

Visit to the Goat Farm 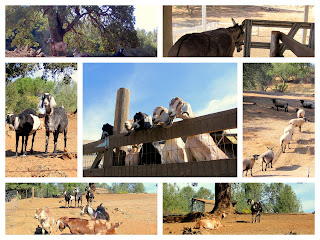 We drove over to the goat farm today. This is were we bought our babies. We wanted to see the lady who sold them to us and ask her some questions. I also had photos of Bart, Brownie, Murph' and Freckles. She wasn't there but her husband answered our questions and said we could look around all we wanted. The goats were so friendly and curious, so different that the sheep that just left the barn and walked out to the field. Jezebel, the donkey didn't want to talk either. She let us pet her and then she followed the sheep. 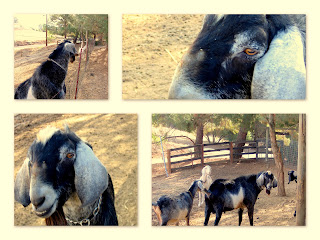 Bart's dad came over to visit but he kept watching his ladies. You could tell he was trying to be sociable but his mind was on other things . Bart looks so much like his father. We saw many goats there that did. He must be the big goat on campus. He's huge and I wouldn't want to tell him which ladies were his and which were not. He's had an attitude that reflects his stature. Glad we got our boys "fixed"...., and he stinks!! 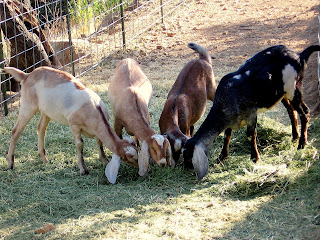 When we got home I told Bart that we had seen his Dad. He seemed unconcerned.
I wanted to bring all the cute little goats, from the last litter, home with us. They were so sweet and noisy. But I think, for now, that we will just love what we've got here. The "G" men( as the Prospector calls them ) have adapted well and are getting bigger everyday.
It was fun to see all the goats out there but this is enough for now. Besides, we still need a DONKEY.

A friend was still waiting

Alone with myself..., The trees bend to caress me..., The shade hugs my heart. ~C, Polgar~ 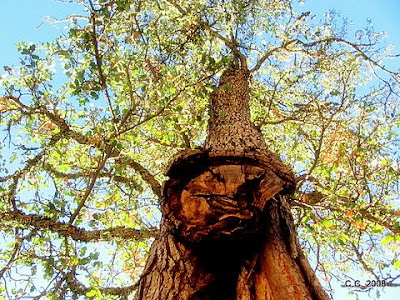 "And this, our life, exempt from public haunt, finds tongues in trees, books in the running brooks, sermons in stones, and good in everything. ~William Shakespeare~
Posted by farmlady at 1:35 PM 1 comment: