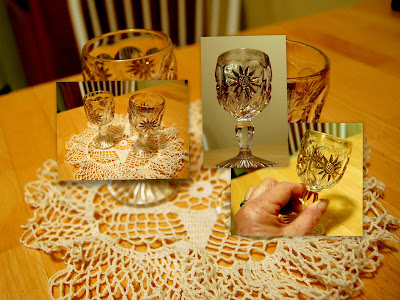 A few weeks ago I found these two lovely liqueur glasses. They're so pretty and quite heavy for glassware. I have no idea who made them. They are clear glass with a flower design and have gold on the flowers and around the rim of the glass. The gold on the rim is almost worn off. I"m trying to find some information on them, so if anyone knows anything about them I would appreciate hearing from you.They look like they're all one piece, but there is a seam on the stem and down through the bottom.. The glass has a few very small bubbles in it. There were only two of them and they were only $2 each. 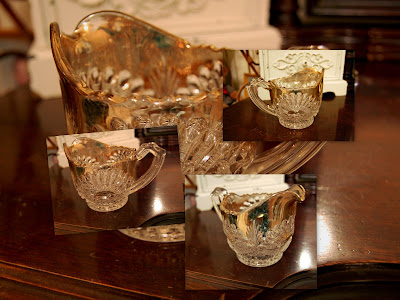 This small pitcher is another find and has the same feel as the glasses. This is probably pressed glass because I can see lines. The gold covers the upper part of the pitcher and is in fair condition. I don't have any other pieces of this kind of glassware but I think it's beautiful.
I have a collection of depression glass and a book on all the different kinds. This pitcher and these two glasses are not in the book. I don't remember what I paid for the pitcher but it wasn't expensive. These are heavy glass that has been used alot. They're not fine crystal or delicate., but they are very pretty. I love using them and do as often as I can.

To find more vintage things go to Colorado Lady and check out all the vintage loving people. 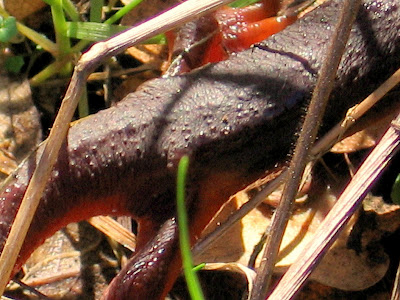 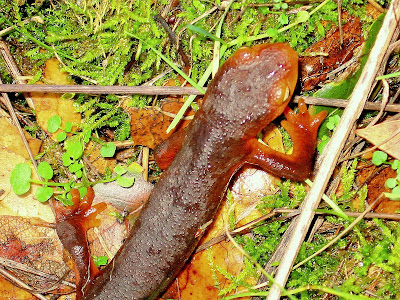 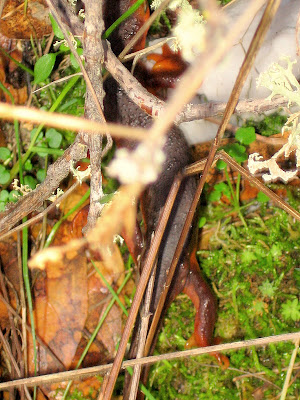 Brownie has Something to Say 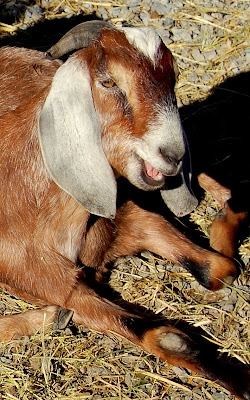 It has come to my attention, here on Three Dog Farm, that out there in Blogland are a lot of folks who look at Blogs but never comment. These people are referred to as "Lurkers". They even call themselves lurkers and I have been choosen to say a few words about this.

The other goats and I work very hard, all day. We have bushes to eat and grass to clear. This is our job and sometimes it's thankless, but we do it anyway because we are goats and this is what we do. When we do a good job, we like a special treat or, at the very least, a pet on the head. When we do a good job and no one says anything, we feel like no one cares about what we do and that's not a very good feeling.
So the next time we do something that you think is especially wonderful, leave us a note on Farmlady's blog. We love comments about what we do here. You don't have to leave us a message everyday. We understand how busy your lives get and we don't expect you to drop everything for a few old goats, but once in a while, when you have a moment and like what you see, send us a comment. Tell us what you think. Dont lurk in the shadows. Share the goatyard with us and bring us a cracker. We will answer any questions you have and we will be much happier goats. Thank you.

P.S. Farmlady wants to thank Janette at Ground Level in Kansas for a blog award. Jannette is a reformed lurker. Farmlady said that she will write about the award tomarrow. We also want to thank all our loyal readers who do make comments about us. Farmlady says that you "make her day". 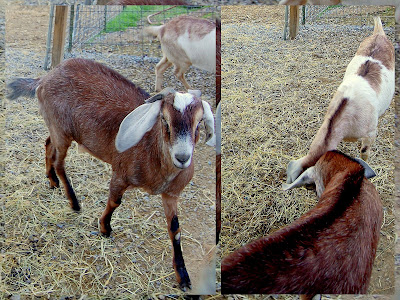 I knew something was going on when I walked over to the gate. Brownie had that look in his eyes and he was walking with an attitude. His ears were up and back a bit and I just knew he was looking for trouble.
Murphy and Freckles sensed it first and Murph' tried to defused the situation by inviting Brownie into a short game of head tussle. It seemed to be working, and I thought that Murphy had calmed the brown goat down some. Freckles, who always seems to be a calming influence, was unable to get any eye contact with Brown and so he just went over in the corner and waited. 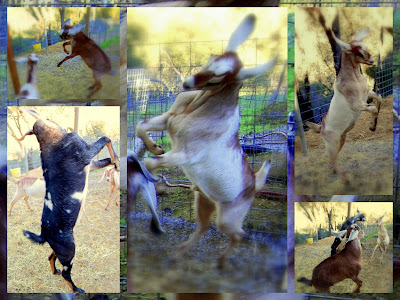 Pretty soon the whole atmosphere changed. Chaos reigned. First the sky seemed to change to an almost yellow and the tension was electric. It seems that Murphy HAD taught all the other goats how to "dance" when they were younger, like I had thought, only this dance was newly choreographed. Each goat had his own style and they all wanted to outdo each other. They reared up on their hind feet and with ears flying, they each angled toward another goat and then came down head to head , in a strange dance of dominance and power. I heard grunts and words like "reach" and "twist", and a strange word that sounded Galic; something like "gowith". I think Murphy was calling the moves.
At first I was concerned that they would hurt each other. Then I realized that they were stopping short of actually hitting each other. They would put their heads together side to side, and push on each other like wrestlers do. It was like they all went a bit crazy, thrashing about almost in a trance, and moving to a song I couldn't hear. Up on their back feet, reaching high, now down and twisting toward each other, touching heads, pushing hard, and then again. Repeat.
Repeat. What in the world had they eaten? A strange weed? A TOXIC plant? What if they were reacting to the new hay or vitamins changed recently. I better go get the prospector. We could loose these guys. I left my camera hanging on the outside fence and ran into the house.
The prospector was reading and looked up. "You've got to come out and watch the goats. Something is going on and they're acting weird." I said.
"Weird?"
"Ya, they're dancing and jumping around like they're posessed. Maybe they ate something bad or the new hay is not good for them. I don't know. Just come and look at them."
We ran outside and over to the fence.... 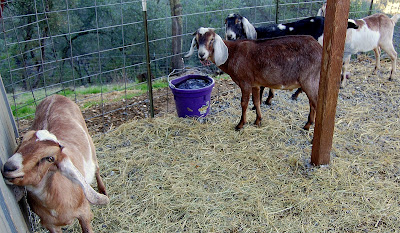 Now, I don't panic easily and I've even been know to underestimate a situation that turned out a lot more serious than I had thought. So when I get excited about something it's usually warranted.
The Prospector laughed. "Ya, the goat boys are really goin' wild here."
All four goats were drinking some water and then they stopped and looked at us.
"But..., you didn't see them. They were going crazy. Dancing and jumping all over the place." I said. " Even the sky changed color."
"What? The sky changed color? He laughed again. "Maybe YOU ate something you shouldn't have. They seem just find to me." He said that he would check them later when he fed them before dark. Then he went back to the house.
I took my camera from the fence and looked at the goats. They were watching me and they had the most relaxed, lanquid look on their faces. "What happen to you guys? What was that all about?"
They just watched me and Freckles rubbed his mouth on the goathouse door.
"You gonna tell me what happened, Freckles?" No answer.
"I got this all in my camera, you know." ... No answer.
" Was this some kind of goat ritual that goes back to ancient times or are you just practicing to be grown-up goats?"
No answer.

I know what I saw and heard. Sometimes these goats can be strange, almost other-worldly. They know something. I sense this like I do with the dogs.
Maybe I need to call some friends and do lunch or go shopping. I need to get out more. Life is revolving around these critters way too much and I'm getting a bit strange myself, like my grandma did.
But,I know what I saw...., and the sky did change color. I think.

As I walked away, back toward the house, I heard one of the goats say something. It was probably Brownie, mumbling under his breath. I think I heard, " She's on to us, boys."
I turned around and said quietly,"I am Brownie. I know things."
...,and he replied with a low bleat and a smile.

The Edge, a poem 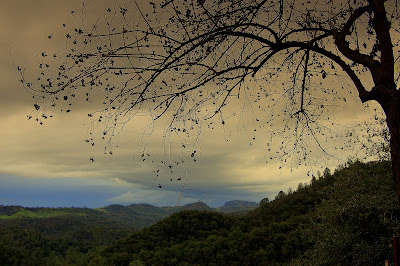 This sky pulls me
From the comfort of shelter
To stand on the edge
Of my garden.
Before me
Darkening clouds move,
as dust storms billow,
completely filled with rivers.
Darker, it comes
Bringing rain closer.
What calls out as wind,
a voice, shouting.
Nature's absolute spirit
swelling the air with drizzle, splash, flow
As I watch from the edge.