Shoot Out Friday on Saturday : Shoes and Feet 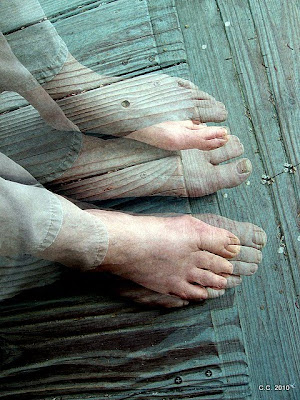 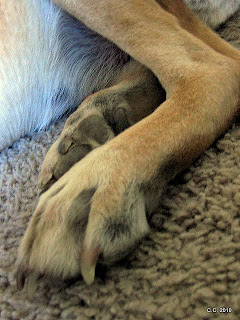 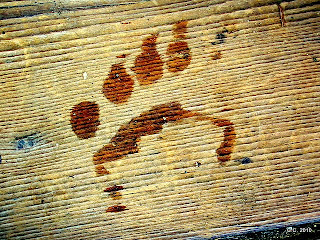 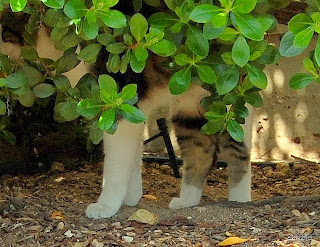 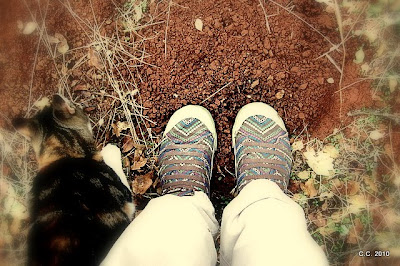 
Take a look at some other photos of "Shoes and Feet" on Friday Shoot Out at http://mytownmrlinky.blogspot.com/.
Posted by farmlady at 10:03 AM 12 comments: 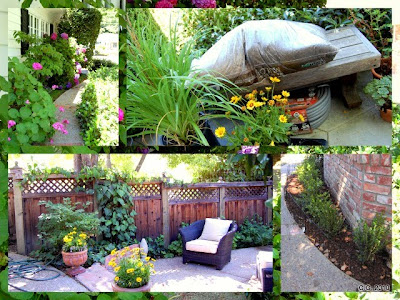 I got home Wednesday afternoon, returning to the heat of the Foothills. The weather was wonderful down in the Bay Area. The fog hung on the hills like lazy clouds, resting in all the crevasses and valleys. It was so beautiful and cold at night. I wanted to bottle the fog and bring it home with me. It's very hot here.
Sis had been working on her garden and it looked beautiful. She grows Hydrangeas that are so big and beautiful that it's hard to believe they are real. She says that she doesn't fertilize them....it's just the right spot and the right soil. Everything looked so nice. 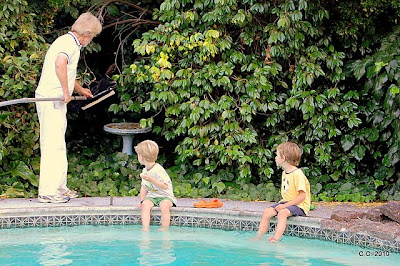 On Sunday night my son and his family stopped by after dinner. They had been swimming all afternoon so they didn't go swimming in Sis's pool but they had so much fun just being around it. They watched Uncle "J" skim the water and were fascinated by the pool cleaner that crawled back and forth, cleaning the bottom and sides of the pool. 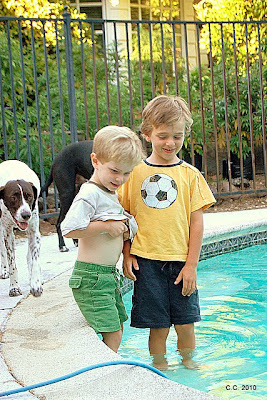 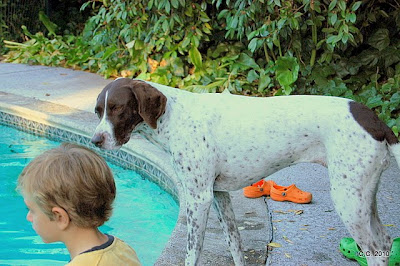 The really funny thing was watching the dogs watch the boys. Especially Lily, the German Shorthair Pointer. She could not figure out what these little guys were doing and followed them everywhere. Look at her expression in the photo above. (click the picture for a close up.) She watched their every move. I think she might have been the first to jump if one of the boys fell in. I think she was being  "Nana".You know, from Peter Pan. She was so concerned. 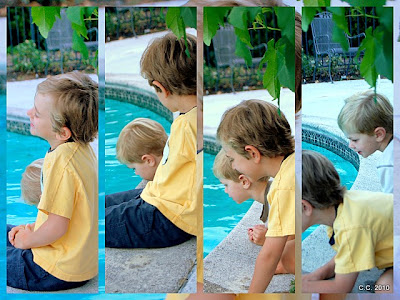 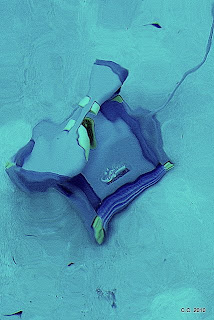 It was kind of creepy down in the deep water...., all wiggly and moving.

I stayed with the Bambinos on Saturday night while Mommy and Daddy went to the movies. We had a good time. "I promise I won't let them stay up so late next time... but we had to see what happened at the end of the Chipmunk movie."
Sunday Sis and I drove out to Oakland, up in the hills, to see my oldest son. He is working on his house. He has a new bathroom. It's beautiful. I have more photos...tomorrow. Sunday night was when The Bean and his family came over to be terrorized by the pool sweep.
Monday Sis and I went to lunch and that night I took dinner over to my son's house and then we went to the school playground down at the end of the street. I have MORE photos....you do want to see them don't you? I promise I will edit them. I don't want to bore you with hundreds of pictures of grandchildren on swings and bambinos riding Razors (do you know what this is?) and Trikes. But, you know how it is if you're a grandma.

Tuesday Sis and I went to Home Depot to look at flooring for my sons new addition and then to Trader Joes. I love this store. I got my wonderful blue cheese and the Multigrain Baking and Pancake Mix.
That night I met my oldest and we went to dinner in Oakland and ate ice cream at Fenton's. If you live in the Bay Area you know what I'm talking about. ~FENTONS~ 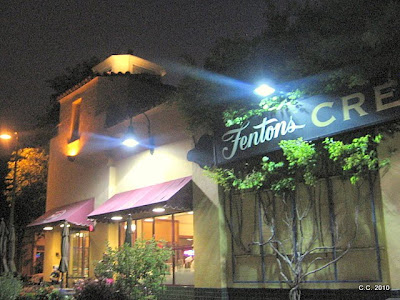 It is one of the best ice cream places in Northern California. Steak at a very good restaurant and Ice Cream. Yea! That's the good life.
On Thursday, yesterday, I was so tired that I did mostly.... nothing. I sat at the computer, wrote a easy post, caught up on my email, watered the garden, clipped the old flowers, talked to the animals, NAPPED, sat on the couch, fell asleep, fixed dinner and went to bed.
Today I had a bit more energy.... but now I'm pooped, again. Guess I'm gettin' old. When did that happen?
Posted by farmlady at 9:10 PM 6 comments:

Vintage Thursday: Spoonin' in the Back Seat 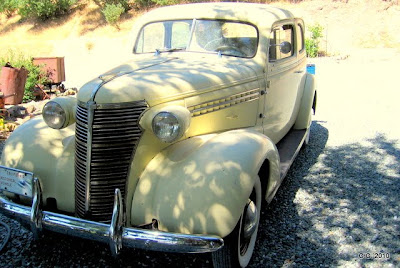 The War was over. Flags were flying. The Country was happy. The world was safe. Life was returning to normal.
Your friend called and said that his dad let him have the Chevy for the evening. "Do you want to make it a double date?"  and you said, "Sure." 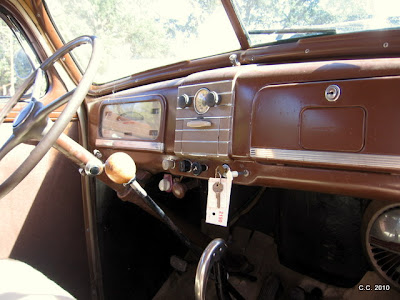 You picked up your girlfriends and drive into town. Bill and his date in the front. You and your girl in the backseat.
Benny Goodman was playing on the radio... 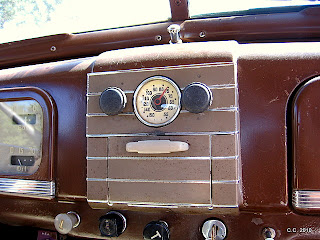 The back seat held the fragrance of home and your girl's perfume. Life was good.... 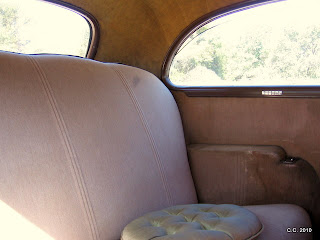 This is a 1938 Chevy Master Deluxe Sedan with many memories tuck into it's mohair seats. The car was kept clean and not used much until the war was over. Rationed gas was too expensive for daily use.
I see a young man, who survived the war and served his country well, sitting back and laughing as he puts his arm around his sweetie.
He came back to a home town that gave him a parade and shook hands with him as he walked down the Main street. Fathers took big sighs of relief and Moms cried tears of joy.

....and Johnny sat in the back seat with his girlfriend and made plans for the rest of his life.