Cat waits for her return.

My mom is in the hospital. I'm leaving this morning for the bay area, Not sure when I'll be back. 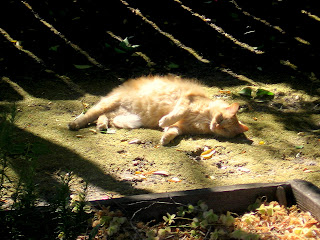 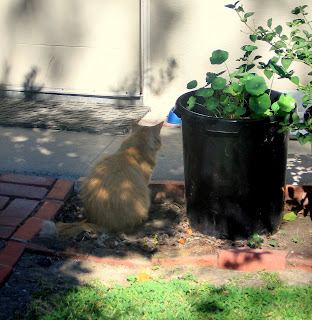 Her cat, Honey, is waiting for her to come home.


Please say a prayer for my mom. 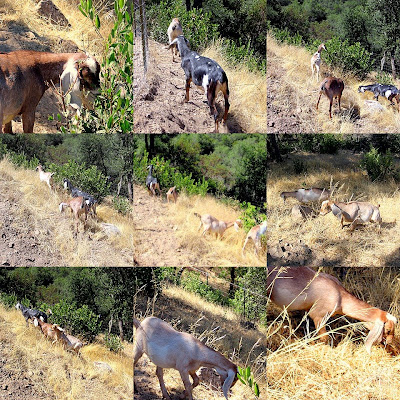 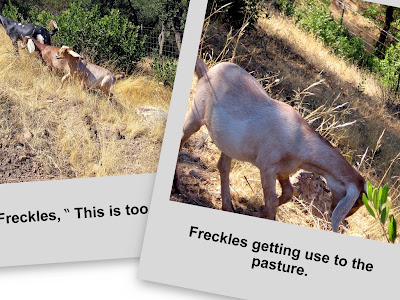 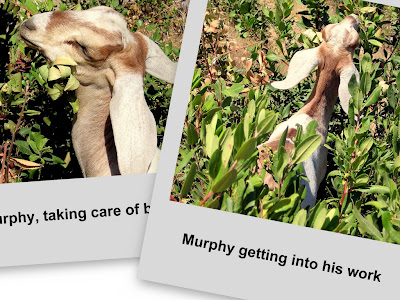 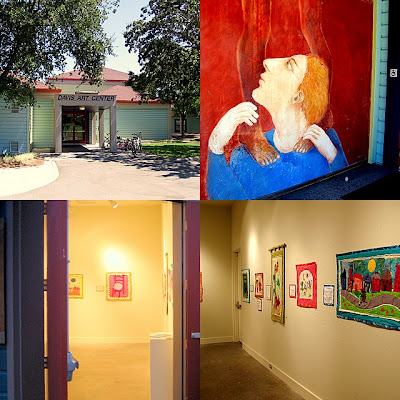 I had to go down to Sacramento today for a doctor's appointment, so I decided to travel a few miles further and go to the Davis Art Center to see Terry Busse's art show. I have gotton to know Terry through her blog: Songs from the Garden at; terrybusse.blogspot.com. She does the most amazing textile wall art you've ever seen and a few months ago she asked me if she could do one about my post on Murphy (one of my goats ) and the night he danced on his hind legs under a full moon. I was delighted and so was Murphy....
By the way, the painting of the "acrobat" was on the outside wall of the art center(top left). Just thought it was cool. The two bottom photos are the room where Terry's exhibit was. 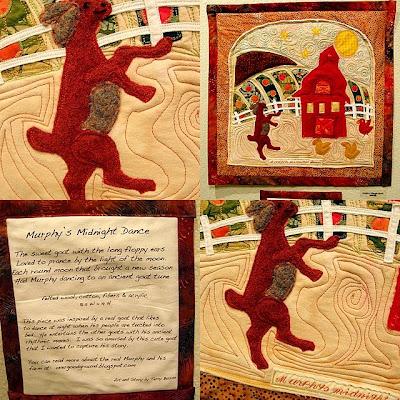 Photo's do not do Terry's work justice. The intricate piecing of fabric and felt have to be seen "In person" to really be appreciated. This one above is called "Murphy's Midnight Dance" ( that's my Murph') and if you look closely you will see the beautiful stitching and detail that each of her pieces have. I'm so impressed because I've never even tried quilting, let alone something like this. Her colors are wonderful and every piece has a poem and a story to go with it. 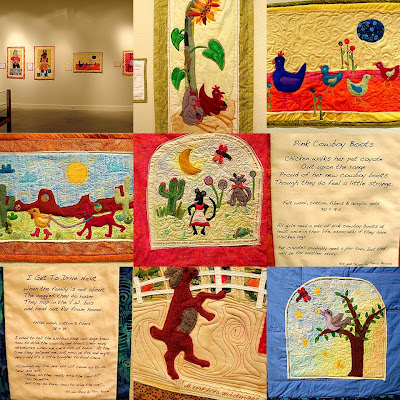 The exhibit is at the Davis Art Center , 1919 F street, Davis, Ca. and continues through Aug 28. If you live anywhere close to Davis you should stop by and take a look. Gallery hours are Mon-Thurs 9:30 to 7 and Fri 9:30 to 5. They are closed on the weekend. And please check out Terry's blog. She shows all her art work on her posts and sometimes shows the process or parts of the pieces before they're finished. Very interesting. Click on the photos above to see them up close.

The other goats told me that Murphy has been acting kind of "uppity" lately and they found a pair of sunglasses in his corner of the goat house. You think some of this has gone to his head? I'll have to have a little talk with him.

Congratulations Terry! It's a wonderful exhibit.

I think this is #5 now, right? Yes, they are beautiful. Yes, I'm getting tired of killing them . I'm beginning to picture the mine, on our property, with thousands of pit vipers slithering around in there. I'm thinking that there are thousands of them looking for the ones we have killed. They take a head count and one says, "Joe's missing, Bill, you go out tonight and see if you can find him."
I have had dreams where I walk outside and there are hundreds of snakes, everywhere. I'm trying not to step on them and they never bite. They aren't paying any attention to me. I'm tip-toeing around them trying to get through the mass of snakes and then I step on one and it rears up...., looks at me, rattles it's tail ..., and I wake up. I never get bit in my dreams and there are different kinds of snakes, not just rattlers. Some of them are non- venomous, harmless garden snakes and some are black.

Last night I heard Maggie barking, continuously, in the area near the goat house. It's always a different bark when it's a snake. We both went out on to the back porch and called Maggie. She wouldn't come to us. I held Moke while the prospector went out across the concrete and over to the corner of the garage to find Maggie. We could hear the snake. When my brain focused on the sound, I looked down beside the wall of the house and there it was. Angry and coiled. My husband walked right by the snake and didn't even see it. He's so lucky sometimes. So, now we both had a dog in hand and the prospector yelled "Get your gun." All Moke wants to do is get at the snake. Crazy dog..
I closed the screened door and went for my hand gun in the bedroom. When I got to the back door again, my husband was on the porch with Maggie. I said " Why did you do that? You had to walk by the snake again." and all he said was, "Please take the dogs in the house." and took the pistol from me. I closed the door this time and waited for him to shoot. One shot was fired. It was a clean shot to the head. Another Rattler was dead. The dogs ran to our bedroom and hid. They don't like gunfire.
The snake was big; at least 3 or4 ft. long and had 12 rattles and he was beautiful. The prospector said that he didn't see the snake when he first went out to Maggie and then realized he had walked right by it, but in order to get her in the house he had to walk back up onto the porch again. I was going to tell him that he could have put her in the garage, but realized that he was upset and it probably wasn't necessary to tell him what he could have done, after the fact. He went and got the big bucket, lifted the snake into it and walk into the garage.
We watched the Olympics until Midnight because we were so hyped up. Even then we had a hard time getting to sleep. When I finally fell asleep I didn't dream of snakes. I dreamed about the goats. They were dancing and I think they were singing, (I'm not sure.) They seemed happy.
It was a full moon last night and Murphy wasn't dancing.