Summer is here! Too fast, too soon. This is the third day of almost 100 degree weather and I spent the day with three other members of our gourd group selling ( or trying to ) gourds. I've decided that people are being affected by the recession.
We were there this morning at 7.00 a.m. and closed up at 5:00 p.m. It was a long, hot day and people were just not spending their money on much of anything. Other vendors were complaining too. The heat was definitely a factor and there was a car show in Jackson... and it was the weekend of the Calaveras Frog Jumps in Angels Camp, so folks had lots of choices. Those that came to Sutter Creek were having a good time and they certainly wanted to know all about the gourds. They just didn't buy anything. I sold one pin all day. That's discouraging. I worked on finishing and packing all day yesterday. That's not much of a return for the time invested.

We recommended that the 2nd. annual festival, next year, be on a weekend with less going on ( especially something like the Frog Jumps, which are so popular ), and maybe a week before Mother's Day so folks would have more incentive to buy.

So I'm going to take my hot, tired and discouraged body to bed early tonight. It needs to sleep.
Posted by farmlady at 7:44 PM 3 comments: 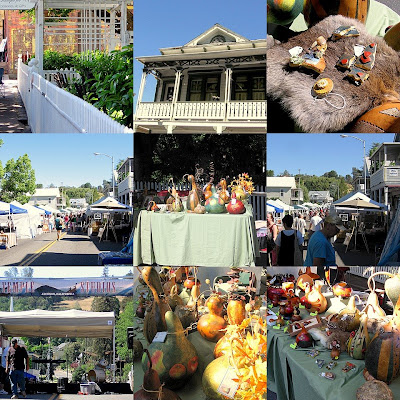 Posted by farmlady at 7:42 PM No comments: 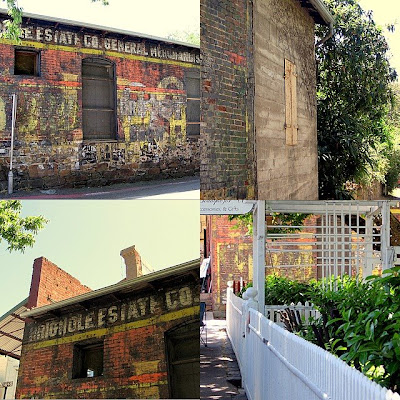 From broken pieces to gourd art: Spirit of the River 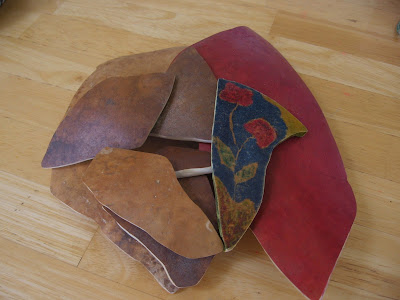 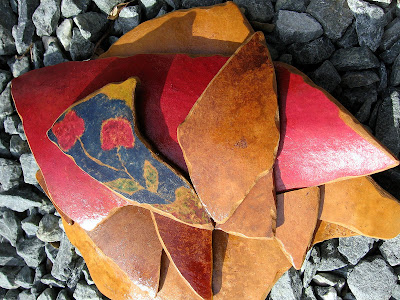 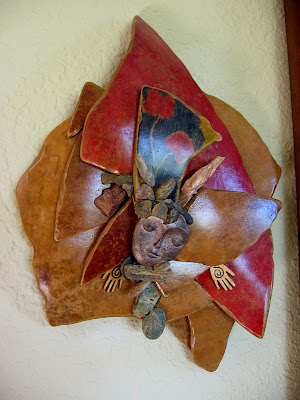 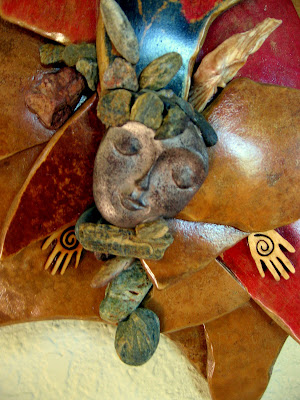 Gourd Art; pins, a purse, a birdhouse and, oh my gosh, a seaweed spirit. 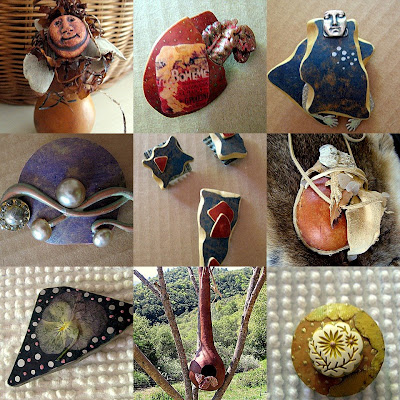 Posted by farmlady at 4:39 PM No comments: 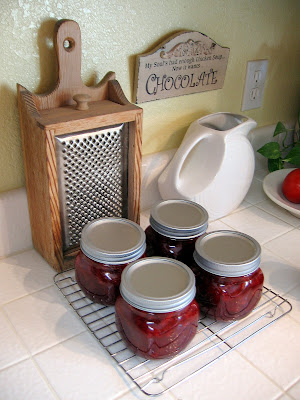 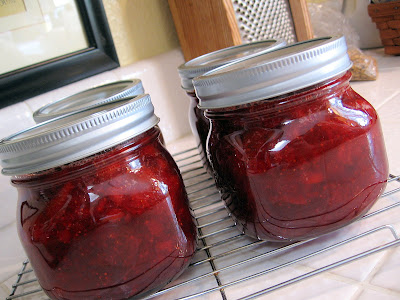 Why I made another "altered" book

I finally decided to make another altered book. This book was an small book that my mom bought when she was a teenager in Napa, California. The library was having a sale and she was working there so she bought it. I remember reading it when I was very young and then my sister got it when she was old enough to be read to. I've had it for years.I wanted to do something for my sister on Mother's Day , so I started looking around for a gift I could make. I found this book in a closet and it had my sisters name in it.
There are two stories in this book. The first one is the Three Billy Goats Gruff . The other story is about a wolf and a mother goat with babies; who get eaten, one by one, by the wolf. It's really kind of scary for a children's story but , as a lot of old fairy tales were a long time ago, they were fearful and scary to keep children in line. My mother's grandmother told her that there was an orangutan under a bridge near where they lived when she was a little girl so she and her brother and sister wouldn't play there. It seems there were gypsys living under the bridge and my great grandmother didn't have the time to monitor what her grandchildren were doing so she "put the fear in them." It must have worked because Mom tells that story to this day and she said they were afraid to go anywhere near the bridge. Well, ...., as I opened the book I noticed that the second story (about the wolf eating the goats) was all taped together. I decided that if I was going to give it to my sister , as an altered book, I should keep the pages of the "wolf" story glued together. My sister was always afraid of the "boogyman", so I thought it was only right to glue or cut out the scary story. I glued the pages together and glued an little old frame over the title, with a picture of sis and I on a horse. I was very happy with it and she loved it. Neither Mom or sis remembered how the pages got taped together.
This altered book was so much fun. Maybe it was because I made it for someone. Maybe it was because I had a good idea what I wanted to do with it, unlike the "altered" William Blake poetry book. Remember how I said I would never do another altered book? That one still weighs heavily on me. Loving poetry so much and pulling pages from that book was painful. But I can now say that I will make another altered book. This process called ART is very interesting. I learn something every time I create. Writing was always so imaginary and in my head. I don't feel the same obligation to my short stories and poems as I do with art work. The responsibility is there with both, just different. Writing comes easier. Art work is a new adventure with a new learning curve. Like my photos: It's a physical, visual , "seeing it as you create" thing. I like that. It's a physical translation of how I see the world. I'm getting better at the "Let it go and see what happens" part: This book for my sister was a process that was enjoyable because I 'm learning to let that "part" of me.....go.
Posted by farmlady at 6:27 PM 1 comment:

My second altered book; this one was fun. 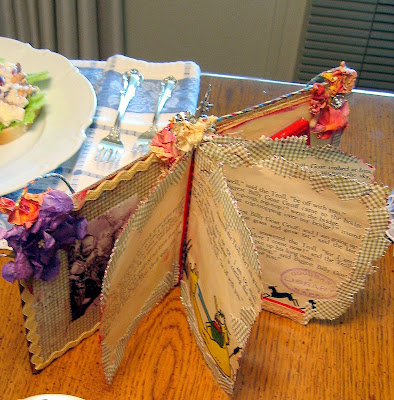 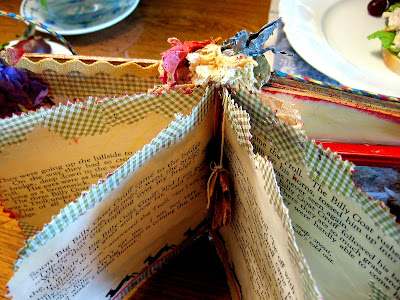 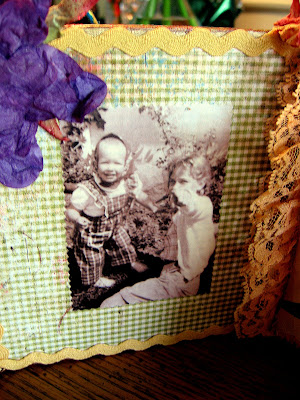 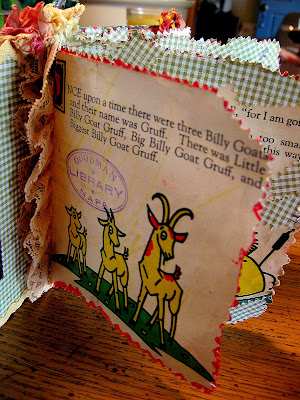 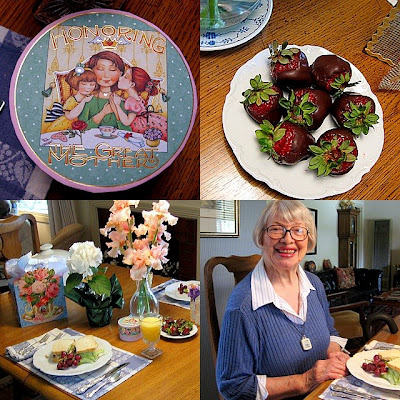 Posted by farmlady at 3:17 PM No comments: 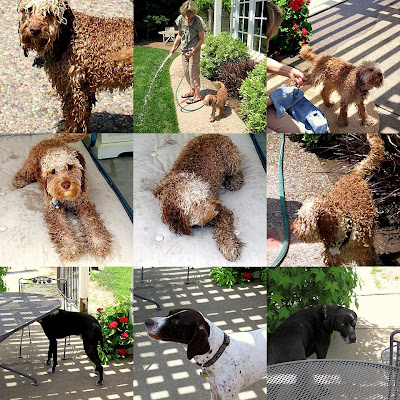 Posted by farmlady at 3:03 PM No comments: