I have this wonderful hurricane lantern that I bought last year at, I think, Home Goods. I love this lantern. It's suppose to have a big candle in it but so far I have just filled it with seasonal things like shells in the summer and some leaves and buckeyes in the fall.

Before Thanksgiving it was looking kind of sad and dusty, so I dumped the contents and washed the glass lamp. I had been wondering what to put into it. I love shells and I thought that some big shells with a small battery string of lights in there would look really pretty. Then I was shopping at Walmart one day and I found these... 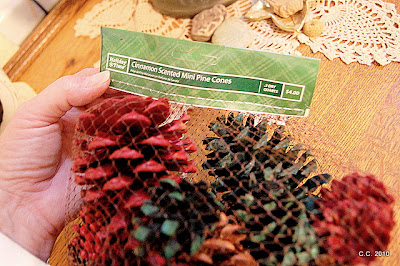 They are called Cinnamon Scented Mini Pine Cones and they were only $4.00. Well, they stopped me dead in my tracks just because of the fragrance. As I walked down one of  the Christmas isles  the whole area smelled like cinnamon. I started sniffing and looking for what was giving off this wonderful scent and then I found this bag of pine cones. That was it. I was sold.... $4.00 What a deal!  They are so pretty. Some are  red and teal blue and some are just natural.
So I brought them home, put them into the lantern and placed it on my Mom's old table between the couch and the piano. 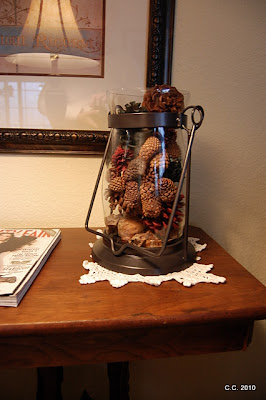 What do you think? I can take some pine cones out and add some of my "found" treasures from my walks up the mountain, a few sprigs of pine or some oak balls. I could still put some lights in there. I have this 10 light string that I got at Ikea. It uses batteries. It would fit nicely in between the pine cones. I could hide the battery pack with  some leaves near the top. You have to be able to turn it on and off. I'm open to other ideas if you have some. 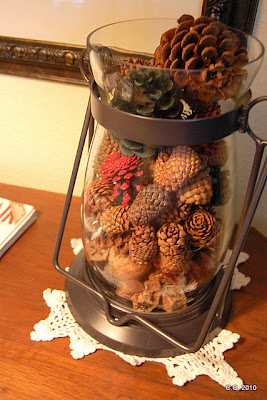 Even if I don't do anything more than this.... it will be a pretty addition to the holiday decorations in the living room. I like natural and simple.... and the aroma of cinnamon is amazing. It just makes you happy.
Posted by farmlady at 5:02 PM 8 comments: 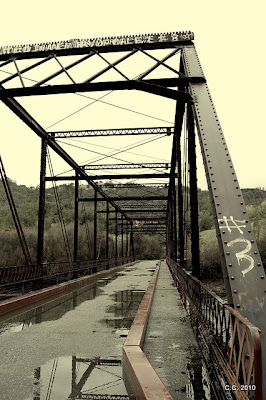 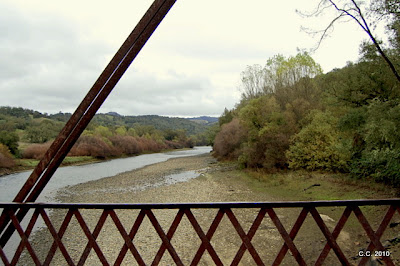 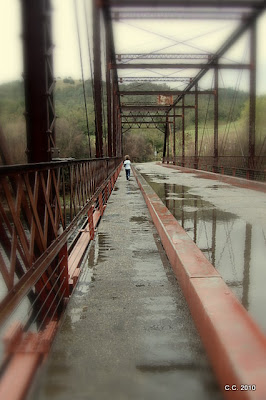 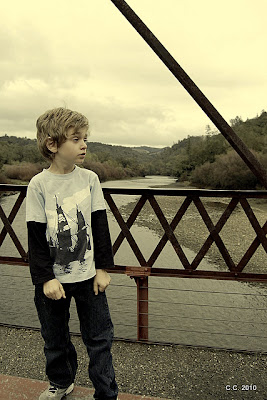 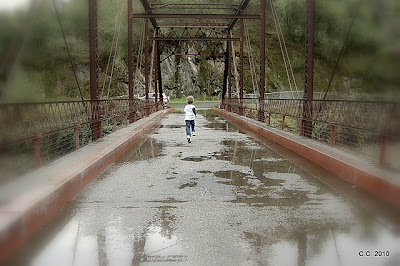 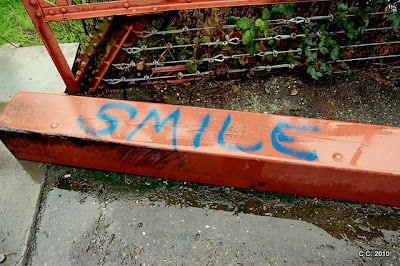 My grandson was visiting one day when he asked, "Gramma, do you know how you and God are alike?"  I mentally polished my halo while I asked, "No, how are we alike?"  "You're both old," he replied.  ~Author Unknown


I had to laugh when I read this. It's so like a child. It's so like the Bean..  the ability to make you feel like the most important person in his life and then honesty that takes you to your knees.
We had such a good time this weekend. There were moments of "This is how it's going to be, young man." or " We don't touch the computer and we don't throw the dog's bone across the living room and into the kitchen." but most of the time it was wonderful. The Bean is 5. He's learning how to be a human being. We had to give him a little slack.
He and the Prospector had an ongoing conversation about Cheerios. Papa told him that he thought Cheerios would be a great present for the Bean's birthday in March. The Bean  said "NO PAPA." and Papa replied, " But you love Cheerios. It's a great gift."  The Bean looked Papa in the eye and said...." PAPA, you don't give Cheerios for presents. ONLY TOYS." So Papa, of course, had to keep bringing it up and every time he said something like "How about some Cheerios with your eggs?" or "Would you like some Cheerios with that piece of chicken?", the Bean would start laughing and it got pretty silly around here.
I made this collage to show you the speed with which we moved for 4 days..... 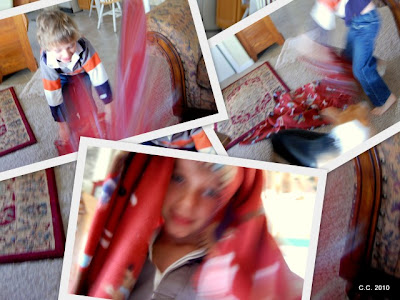 We have forgotten how children are going, going, going.... from the moment they wake up until they finally fall asleep at night.
Yesterday before we left to meet Daddy and little Bean in Stockton, he had one last run with the dogs.... 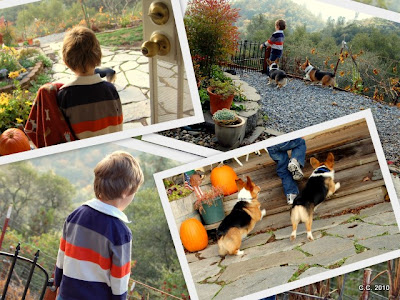 He ran around the yard with the dogs and then he told me that he didn't want to go home. He got really quiet and stood looking out across the hills. He said, " But I have to go because my brother will be sad if I don't come home." I walked over, gave him a hug and said, "That's OK Bean. You can come back anytime you want to, but I agree that little bean will be sad if you don't go home." He gave this some real consideration  and then said quietly, "Yea, I gotta go home."
So we went to say goodbye to the goats. 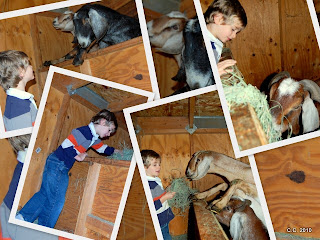 Bart and the Bean had a moment together with lots of eye contact. Brownie grabbed the hay right out of Bean's hand. Murphy and Freckles seems very thankful that they were getting an extra late morning snack. Then we said goodbye to the goats and walked up to the chicken coop. 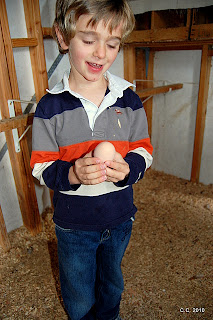 The Bean found one egg in a small box but there were three hens in the big nesting box so we closed it back up and let them lay their eggs without any of the ladies getting upset. He carried the egg back to the garage and carefully put it in the outside refrigerator. He's getting so good at this. 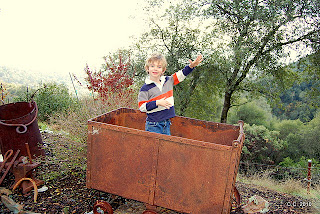 Then, one more farewell to all.
We packed up all of Beans toys, special drawings, artwork, clothes, cookies we made and the apples he bought at the store for his family. He said goodbye to Papa and off we went. We drove down to the truck stop on Highway 5 in Lodi to meet Daddy and little bean at the Taco Bell. We had arranged to meet "half way" so the trip would be only 2 hours, back and forth, instead of 4.
About 15 minutes into the drive, the Bean fell asleep. 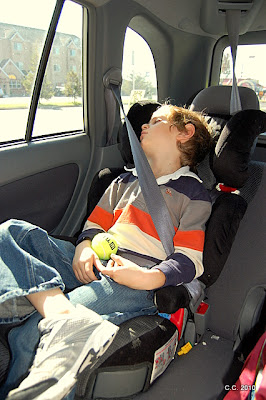 I didn't take a nap! I wanted to sleep too. Oh, how I wanted to sleep.... but I didn't.
Bean woke up to his brother crawling across him saying. "Hey, wake up. Do you got any candy?" He didn't, but he had found a rock that looked like a number "1" on our walk Friday that he had saved to give to his brother. It was amazing that the flat shale rock was shaped this way but little Bean was not too impressed. He like a red sucker better.
We transferred everything from one car to the other and said our goodbyes. My son gave me a hug and said "Thank you, Mom." That made the tiredness go away.
I gave the boys a kiss, waved goodbye and got into the car and headed straight for Starbucks.

My plan was to drive on into Stockton and see my Mother-in-law. She fell and broke her shoulder and hip a few weeks back and has been recuperating in a convalescent hospital for over a month. Last Wednesday she was able to come home. She has family there 24/7 right now.
She is doing really well and looks good. She is a "trooper". It has been a very hard recovery for her and she is not happy about all of this but she is trying to be patient. She's 89 years old. She has always been so active and in good heath.  She has always had more energy than all of us put together.... no, wait.  Who I'm I talking about? The Bean has that energy too. His great grandmother must have pass all that energy on to him. He must have inherited the Energizer Bunny Gene. The Prospector has it too. It looks like a small animal attached to the DNA with a leash to keep it in place. It's a wild thing. I've seen it. I know it's habits.... intense, active and a mind of it's own. Can be combative and hostile sometimes when it gets loose and runs amuck
I left Stockton and drove home, up into the lovely mountains. I ate dinner and was in bed by 9:00 p.m. I slept for 10 hours straight. UNHEARD OF!! I'm usually a "night owl". The Starbucks latte, the black tea at dinner and the chocolate for dessert didn't even touch the depth of tiredness I felt.
Today I just took it easy. The dogs keep looking for the Bean and in between they take naps. I'm still tired..... but it's a good tired.