She was gone again... 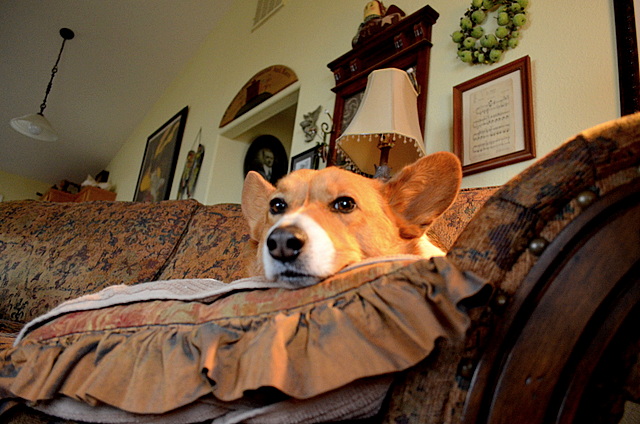 Farmlady said she was leaving for a few days. She told us that she was going to see her friend in the Delta, and the little dog Max. 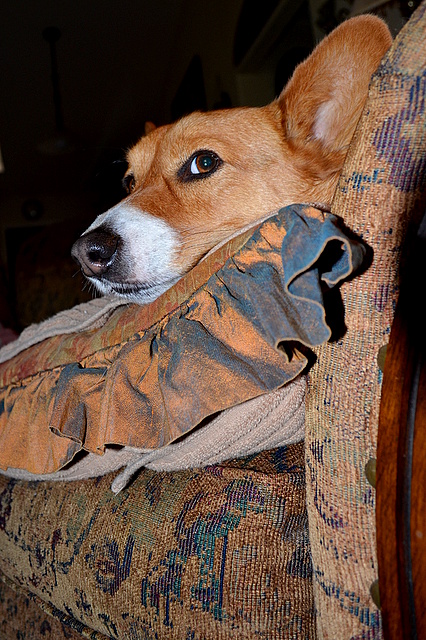 I'm always sad when she leaves but we make due, Cutter and I, because the other human in our life (the Prospector) always makes up for being the only caretaker.
Like he lets both of us get in his lap at the same time. 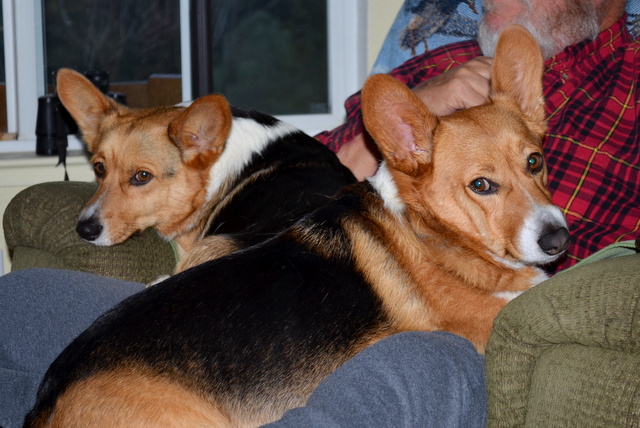 And he gives us extra treats and lets us run outside more. Sometimes he sits on the couch with us, like Farmlady does and rubs our tummies at the same time.

Cutter gets kind of spooked about it all. 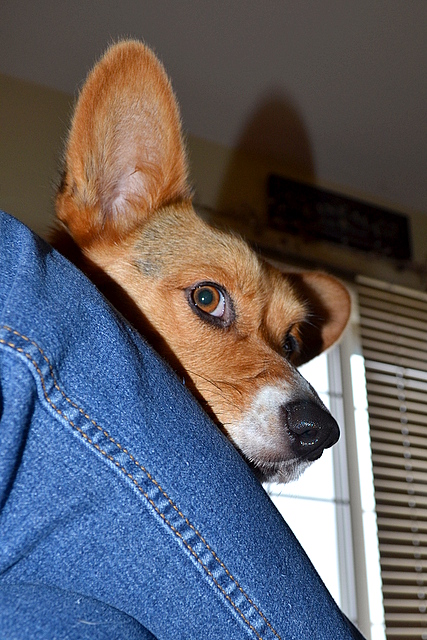 and doesn't understand where she is. I, of course, being older and smarter, understand that she will be back.

See?... what did I tell you. She came home last night and everything is back to normal. We had our Latte on the couch this morning and watched the news together.
I'm glad she's home. Her clothes smell like that dog Max, but it's OK. That will wear off.

Farmlady was so happy to see all of us and she told the Prospector that she helped her friend, "C", unpack more boxes and clean more spaces to put things. She said that they ate at a place called Pineapple. I, personally don't like pineapple. I'm more a steak and chicken dog. But, she said it was the best Chinese restaurant in the Delta.
They also played with THAT dog ...a lot... maybe a little too much, in my opinion. But, he is a single dog, and very small, so he probably needs more attention.
He was fun when he came up here one time. He plays well and knows his manners. Maybe he will visit us again.

Cutter is watching Farmlady's every move. 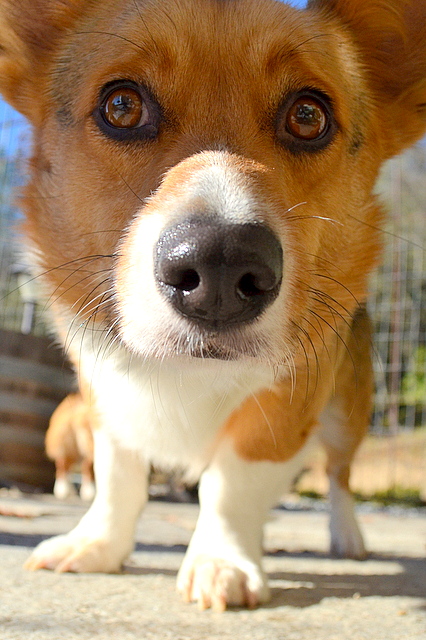 He's still worried that she will leave. But I know, because I understand these things, that she will be home now... for a while.
Posted by farmlady at 11:13 AM 12 comments: