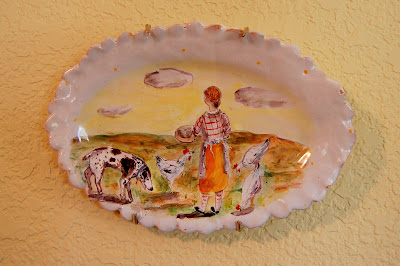 I got a package in the mail yesterday!! MY PLATE IS HERE. My beautiful Julie Whitmore plate that I had Julie design and make for me. Julie is the pottery artist that lives in Cambria, California and wrote the lovely poem about Murphy, my sensitive and magical goat. This is the first piece of pottery art that I have ever ordered from Julie and I can't begin to tell you how I feel about this plate.
The plate is in honor of our dog, MOKE, who died early this year. He was a German Shorthair Pointer that we found in a Mokeulmne River campground, tied to a tree. We brought him home with us. He was starving, had heartworm and was a very sick dog..., but he survived. We slowly nursed him back to health and he was the love of our lives for many years. This is a tribute to him and I'm so pleased with it.

Thank you Julie. This plate is wonderful. I love it. I love you for making it...., Farmlady, the chickens, the clouds, the colors and our beloved dog. Thank you so very, very much. 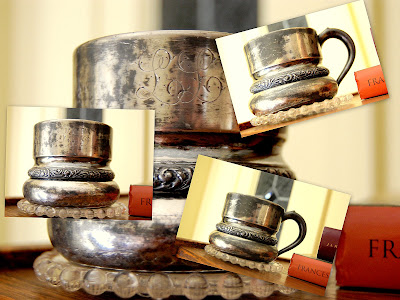 This little silver cup (with most of the silver gone) was my grandfather's. His name was Ludwig Lytjen. I suspect it was a baby cup, although it could also have been a shaving mug. It was a very fancy little cup, no matter what it was used for, and has his initials L.L. engraved on the side. He was born in Denmark and died in Berkeley, CA. ( in 1922, at the age of 30) when my mom was 5 years old. 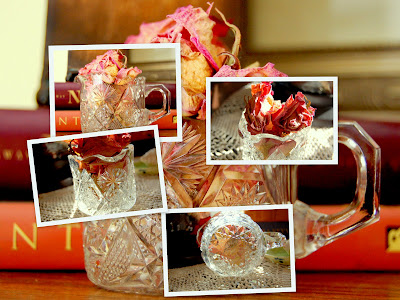 This small cut crystal pitcher was my grandmothers. Mom didn't use it too much unless we had a very big fancy dinner, like Christmas, and then she would bring it out for cream, with our coffee, after the big meal..., and always a delicious dessert. Later, when Mom got too old to fix the big amazing dinners, I remember it being used for small bunches of fresh flowers, and dried roses. These roses are dried "double delight" rose buds that I brought her (from my garden)a few years ago. 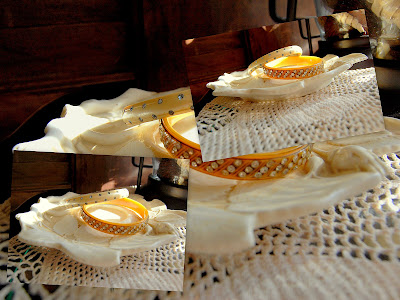 As far back as I can remember Mom wore these bracelets. They were the beautiful "dress up and have a party" ones..., the "lets go to the Opera" ones. Lucite and rhinestones..., beautiful memories. 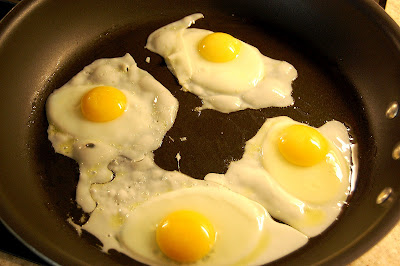 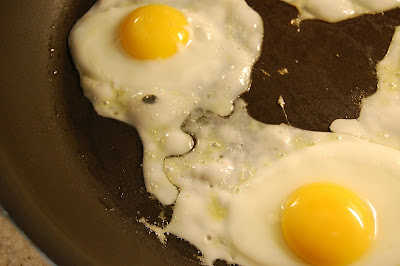 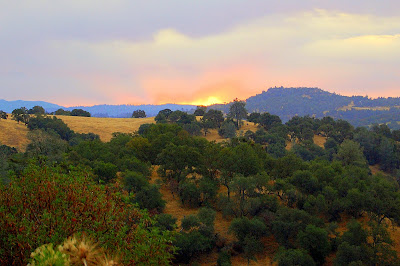 I woke up this morning and saw this light to the East, from my window. In my "before coffee" state of being, I saw fire in the distant Blue Mountains. There was a moment of panic and then I saw the cloud cover and a yellow orb struggling to break through. It was the sun, not the feared FIRE that plagues our parched foothills. 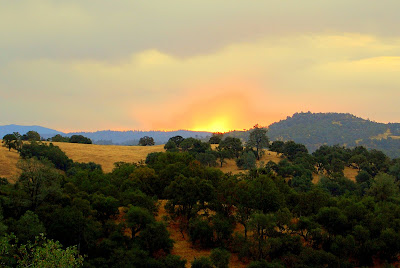 I grabbed my camera and went out into the front yard. It had to be 20 degrees cooler than yesterday morning and the sun was losing it's battle with the clouds. No fire..., no heat...., just the prospect of Fall coming. Oh joy!
There is a change, a difference that signals the beginning of my favorite seasons. Finally..., a breath taken..., that speaks of Nature's willingness to release her fiery assault on this beautiful land that I call my home.
Finally..., a moment when I stand at the edge of my garden, knowing that summer is over and that this distant glow is only a tired old rooster saying good morning to a new day. 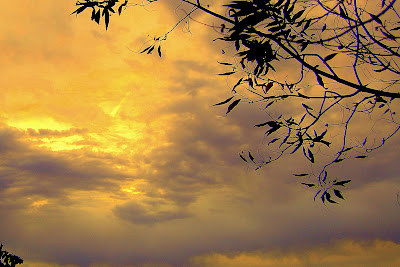 Murph' has a poem 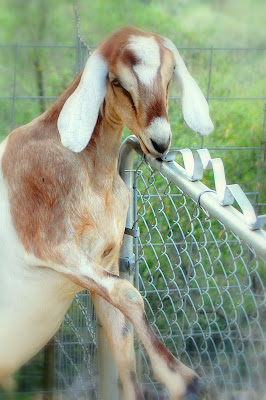 Murphy, oh Murphy
Will you be mine?
I'll let you eat rosebuds
and pansies divine.

I won't ever scold
and won't ever forget
that you have my heart
in your pocket, my pet.

This poem was sent to me by Julie Whitmore.
She is an extrordinary pottery artist who lives in Cambria, CA.
Thank you Julie. 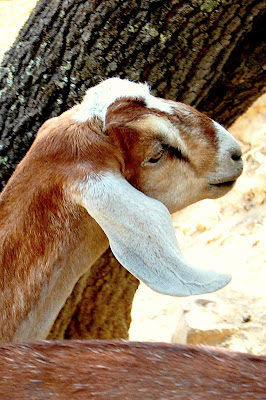 "Murphy? Look at me boy. What's the matter?"

This was behavior that I was familiar with . My father, when upset with us, would stop talking. It could last from an hour to many days. it was his way of dealing with the incessant demands of being a father..., and, always, when he was angry about something.
But, this was a GOAT.
"Murphy? don't be like this. You mustn't turn away for lack of words. Tell me what's wrong." 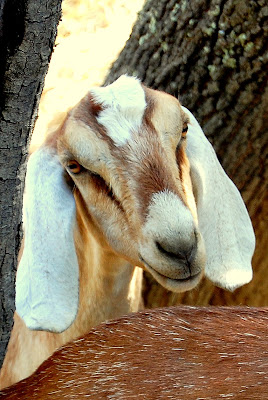 Without moving from between the two oak trees he turned his head and said, in a low and quiet voice...
"Bopethewyllysia bod o'r gouau." His eyes were filled with love and understanding. I knew, then, that this was not about my father at all. It was about Murphy and his ability to understand things; to feel things that other goats didn't.
Even though he had a rudimentary command of the English language, I always thought that English was not his "first" language. When he was a little goat and he was in his learning to dance stage, he would say words like "wydth" and "mewn". Beautiful sounding words that sang from him, like musical lyrics to some ancient song, while he danced around the goat yard. I laughed, with the other goats, saying that Murph' was "being mythical" and that he was "speaking in the other tongue." He always seems to be from another place.

Now he was telling me something that he couldn't say in English and I didn't understand.
"Bopethewyllysia bod o'r gorau" There it was again and then ..., he slowly walked over to me...... 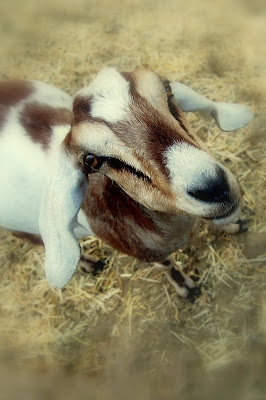 Murphy looked up at me and, in the language of his life now, said...
"Everything will be alright, Farmlady."
I reached down and touched this beautiful animal; this quiet, sometimes distant animal that seems so different from the rest. He let me rub his ears and neck, watching me intently.
"Thank you, sweetie. I know it will."
and without the other goats vying for attention as they usually do..., Murphy nuzzled my hand and whispered "Cara 'ch", and a breeze came through the oak tree, circled around me like arms; protective, loving...., and then moved in wider circles until it disappeared into the hills beyond. I heard this voice once more before it was gone, only this time it wasn't Murphy's. It was my mother voice, within the circle of wind , saying "I love you, my daughter. Everything will be alright."