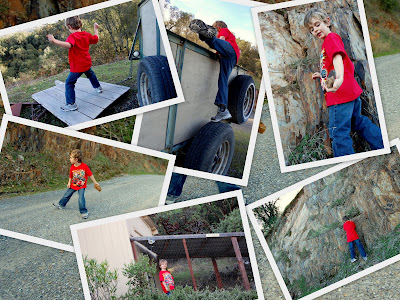 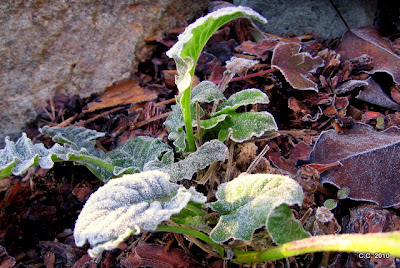 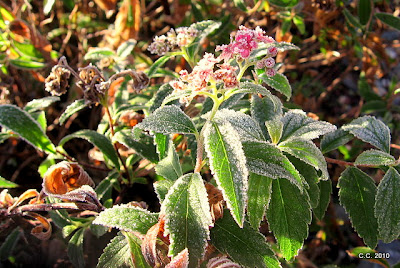 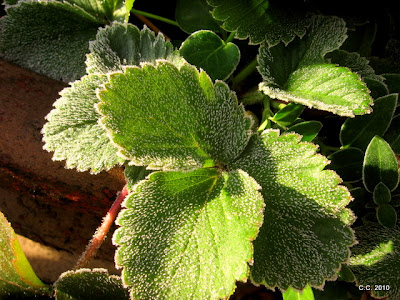 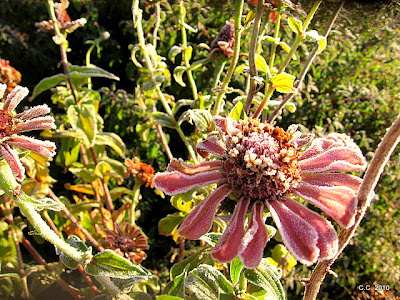 Woke up to 26 degrees this morning. This is a big deal for parts of the lower California Foothills. Before the sun melted the frost, the dogs and I dashed outside with my Canon Power shot A520 and took these pictures. I love this old camera. It's a trooper and proves that less expensive cameras can capture the moment just as well as the expensive ones. (My Nikon was out of power. Must remember to plug it in before tomorrow.) 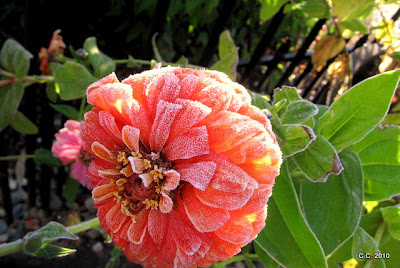 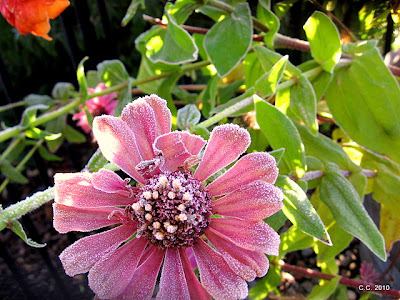 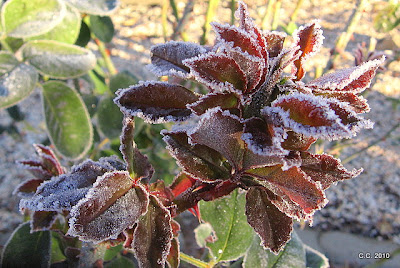 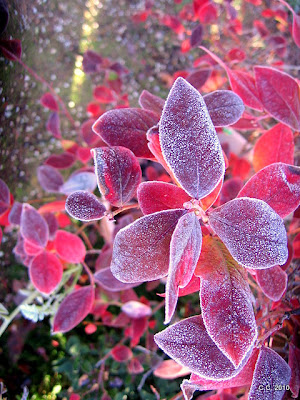 A frosted world of loveliness beckoned, in lieu of the snow I had hoped for. I'm trying to appreciate the beauty that is, rather than what was hoped for. It's not hard to do early in the morning on the day before Thanksgiving. 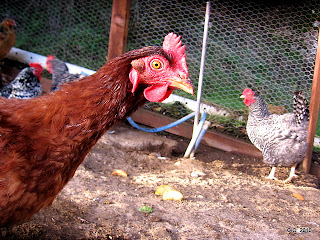 Matilda thinks otherwise. She had that look that said...."Damn, it was cold last night. I think I just laid a frozen egg."
Time to make Cranberry sauce and cookies for tomorrow.
Have a great day....
Posted by farmlady at 10:51 AM 9 comments:

" And this our life, exempt from puplic haunt, finds tongues in trees, books in the running brooks, sermons in stones, and good in everything." ~William Shakespeare~ 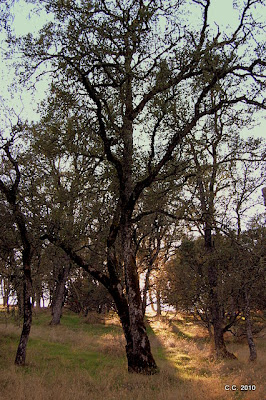 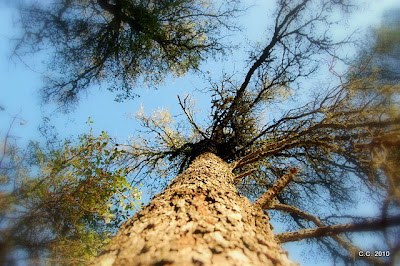 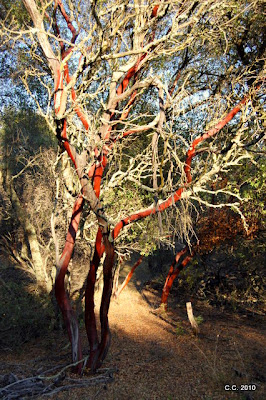 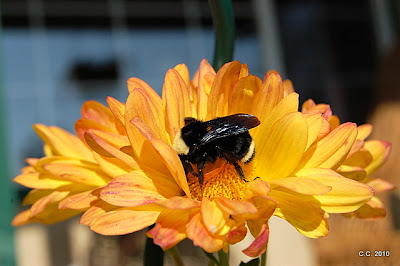 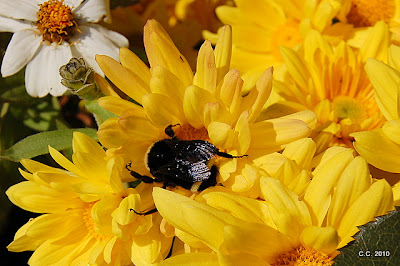 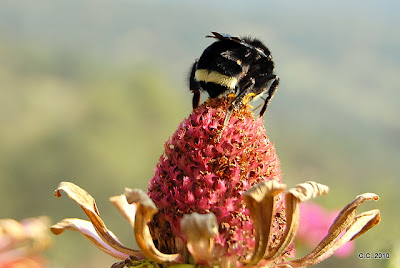 The careful insect 'midst his works I view,
Now from the flowers exhaust the fragrant dew,
With golden treasures load his little thighs,
And steer his distant journey through the skies."
~John Gay~

These photos were taken a few days ago when the sun was shinning and the bees were frantically doing their work. The air was buzzing with activity. They paid me no attention and continued on with what they needed to do. It seems so focused and important a task for them.....
I think there is a lesson here.