We always expected that Brownie would be the goat to leave us first, not Murphy. Some things cannot be assumed or anticipated.
Monday, Memorial Day, we had to call the Vet out to our place. Murphy was lying down and in obvious distress. The Vet arrived with her husband and examined Murph'. She said that he had stones and couldn't urinate. The recommendation was to take him to UC Davis animal hospital for an operation or she could put him down, here. That's not a choice we ever thought we would have to make so soon.
We talked it over and decided to take Murphy to UC Davis below Sacramento.
The Vet and her husband helped us get Murphy into the truck and the Prospector drove him  to Davis.
I stayed home with the dogs and finally got a call in the afternoon.
The doctors said that the operation would be more than $2000. and there wasn't any guarantee that Murphy would be OK. He might be fine after a long recuperation but new stones could appear again. They showed him a goat that was recuperating from this operation. The poor goat had tubes and drugs going into it. The Prospector thought that this was not what we wanted for Murph'. The money was an issue too.  So, my husband made the decision to have him put down.
Tuesday was an awful day.  As much as you tell yourself that these are farm animals and this is a part of what you take on when you bring them home, it doesn't make it any easier.
Murphy was a special goat. He stood out in a crowd. 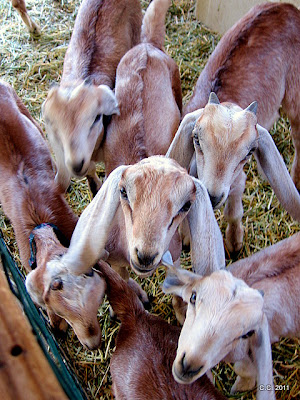 If you will allow me a moment of your time I will anthropomorize a bit about this goat.
He was a Nubian Wethers that had something special about him from the day we brought him home.
I called him my "magic" goat because he always seemed more aware, paid more attention and responded  to us in a more "human" way.. and he spoke the Welsh language... in my blog posts.

Murphy was a beautiful baby. 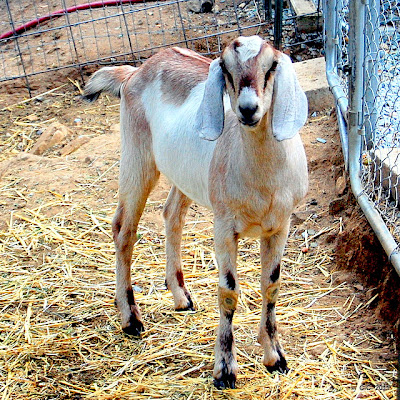 He was a stand out. 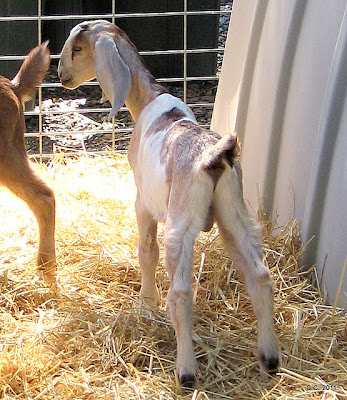 As he grew up, he seemed to take great joy in helping others. He had a soft spot for Brownie, who was always getting into trouble. 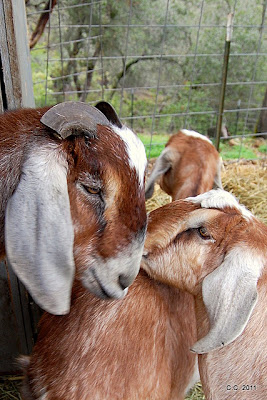 We would find him listening to Brownie's conversations all the time. He was always there to monitor the situation and lead Brown' in the right direction.
Brownie loved Murph'. 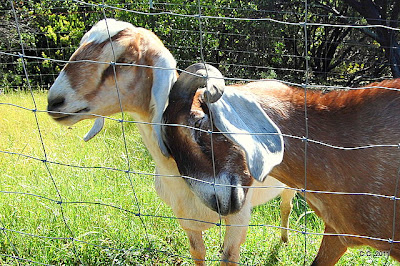 They were good friends. 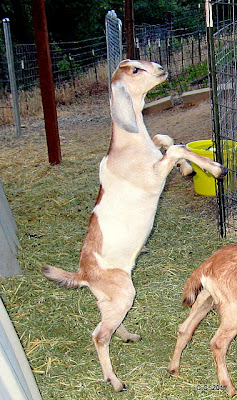 Murphy was the first goat to learn  the butting, jump. He was so graceful and had a great Nijinsky move when he flew into the air. He practiced a lot, from an early age. I felt that he danced to some internal music... 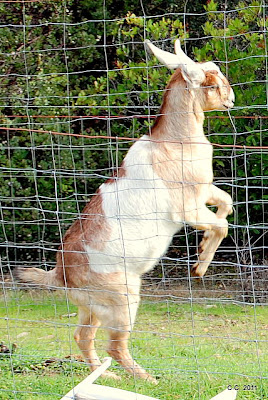 Music that we didn't understand and only Murph' knew the notes.

He sometimes got carried away and became a wild thing. 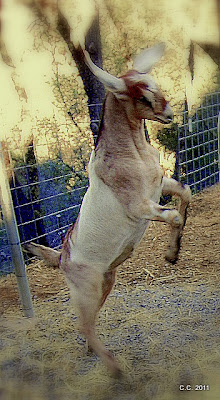 and this would become contagious to the other goats. 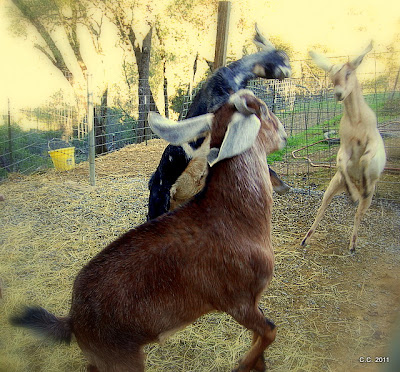 Bart, Brownie, Murphy and Freckles. We called them the Four Musketeers and life was good. 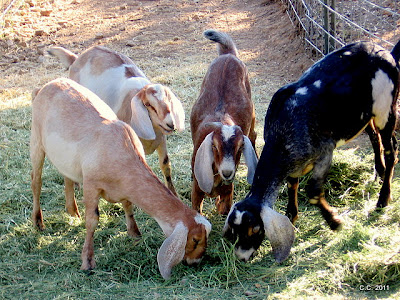 A few years later, after Brownie's horns kept growing back and becoming a problem... and Brownie finally had the accident where he lost his left horn and he got so sick, we had to give Bart and Freckles to another farm because they wouldn't leave Brownie alone. They were always picking on his weak condition and he couldn't defend himself. It was hard to make this decision but it was the right thing to do.
Murphy stayed with Brownie and seemed to care about his well being.
. 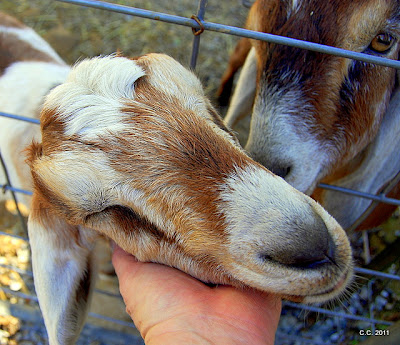 As for me...He was always waiting at the fence.
Acknowledging my presence. Waiting to reach through and give me a kiss... squinting his eyes with happiness.
Like a guardian of the farm and defender of his domain, he was always there. 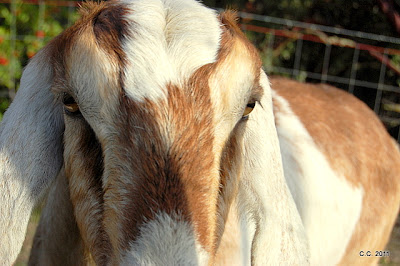 Especially if I had lettuce in my hands. 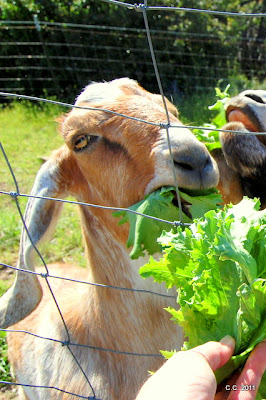 Oh Murphy, why did you have to leave so soon? I will miss your wonderful goatness... your ever watchful presence. 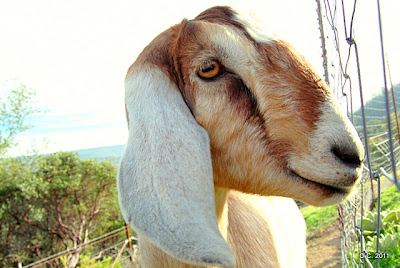 Your beauty, and your gentle spirit. 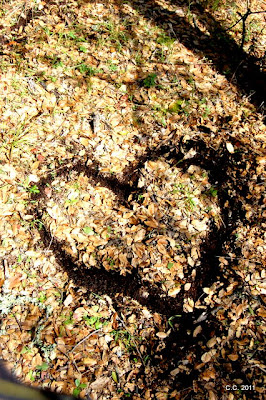 Labels: a good goat, Death of a favorite goat, saddness over the loss of an animal

Wordless Wednesday: Murphy, my magic goat, has died suddenly. I truly have no words. 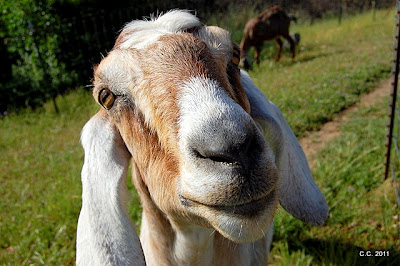