I'm sorry. I have nothing today and I'm prexhausted.(Preemptively exhausted. When you are exhausted just by thinking about something.)
So, someone on Facebook gave me the idea for a post.
This is it.
Just one of those serious bits of information that you can't live without.

From the Urban Dictionary: CHEET


The orange dust that coats your fingers and lips after eating Cheetos. This is why you shouldn't eat Cheetos in public unless you have a wet-nap handy.
"I know you've been eating my Cheetos again - You've got Cheet all over your clothes!"
That's all folks.
Posted by farmlady at 12:35 PM 6 comments: 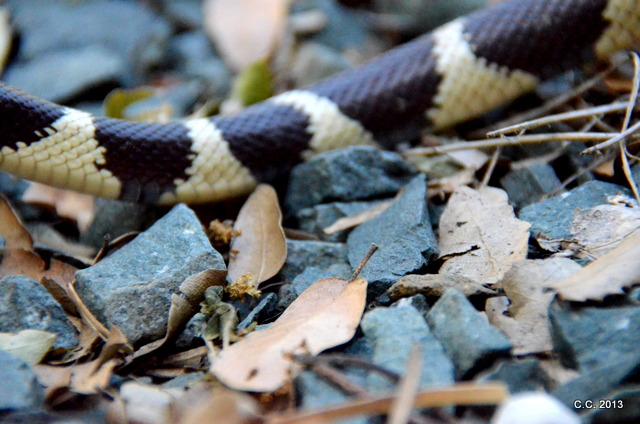 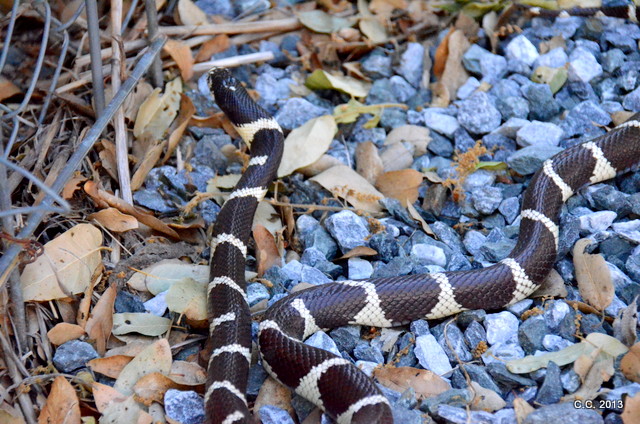 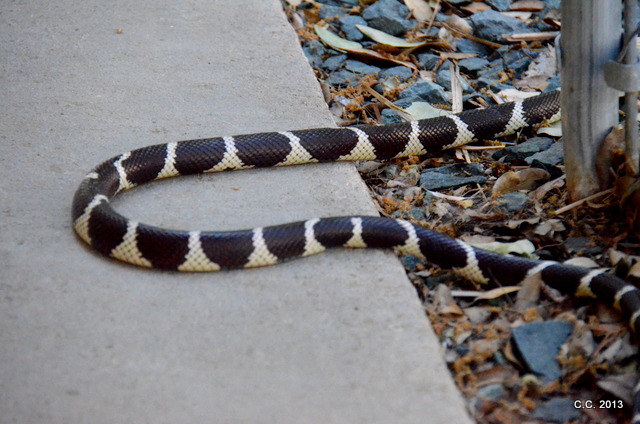 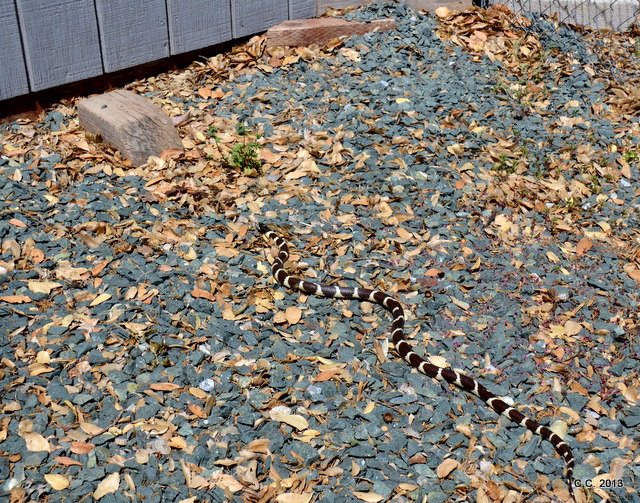 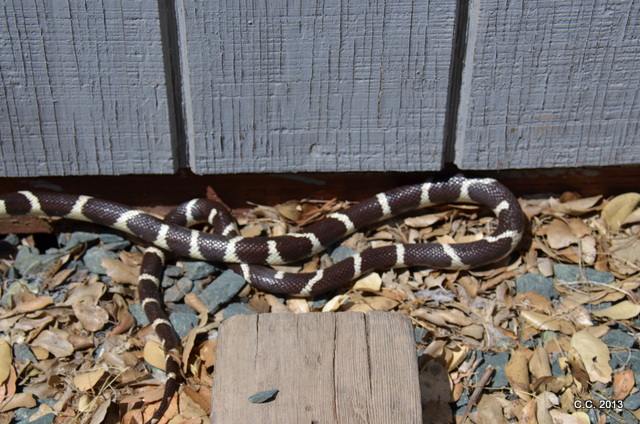 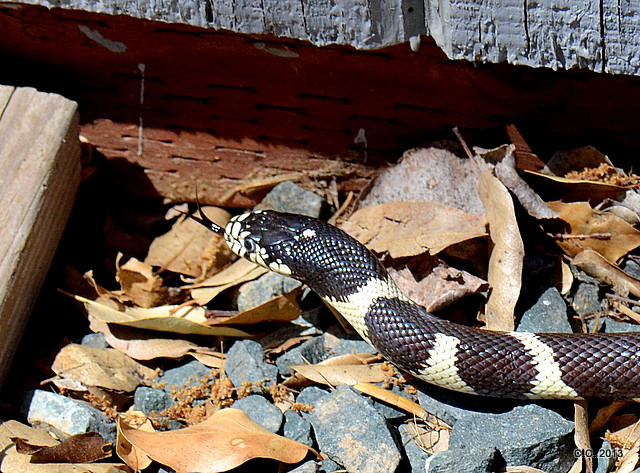 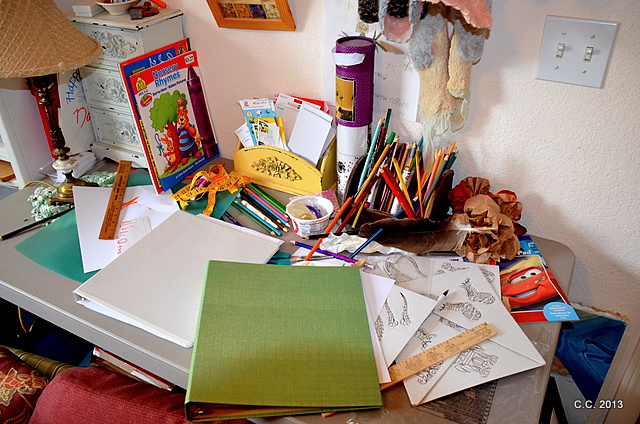 I have proof that they were here. This is the art and drawing table.

And here are my two little "zombies" drinking hot chocolate in the morning. Not quite awake yet... 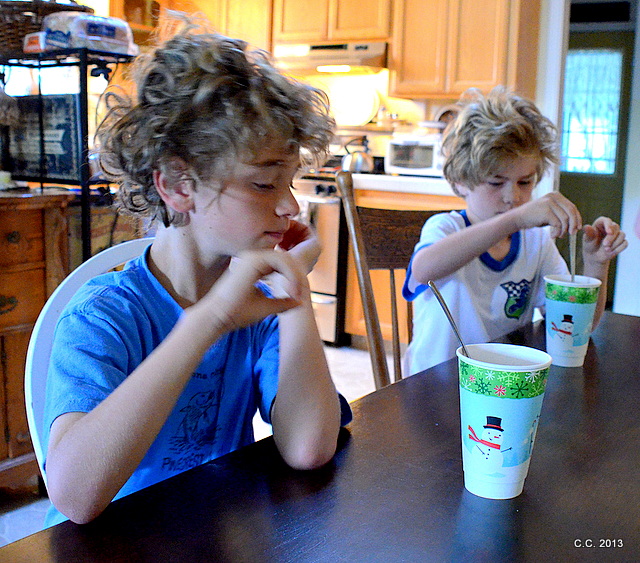 After a hard day Saturday of digging for gold. 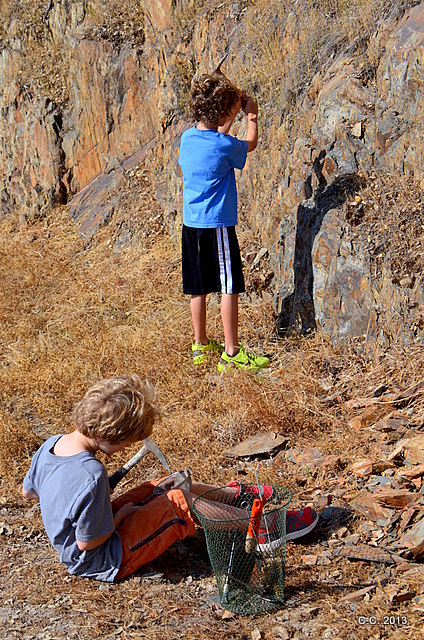 Learning to use a pick axe.... the "right" way... with distance between you and your brother and a firm, two handed grip... and lots of supervision. 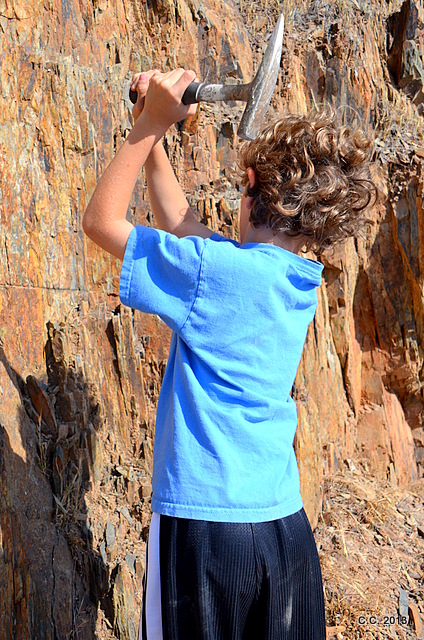 And little Bean, who liked just sitting and looking for gold veins in the rock. 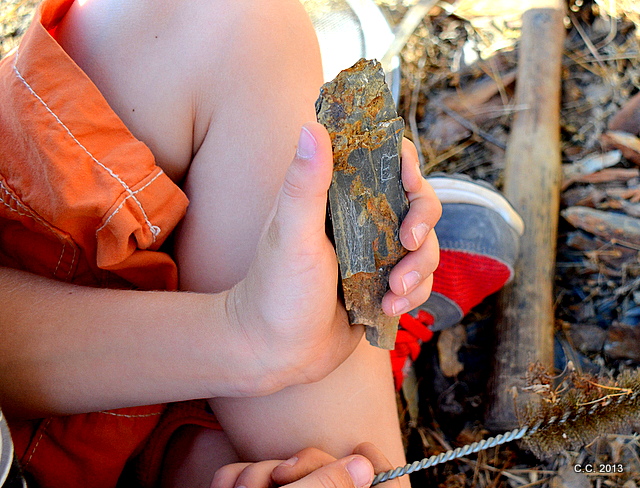 Then, we let them start their own hard rock mining project.
Hey, it's free labor. They wanted to do it. Really! 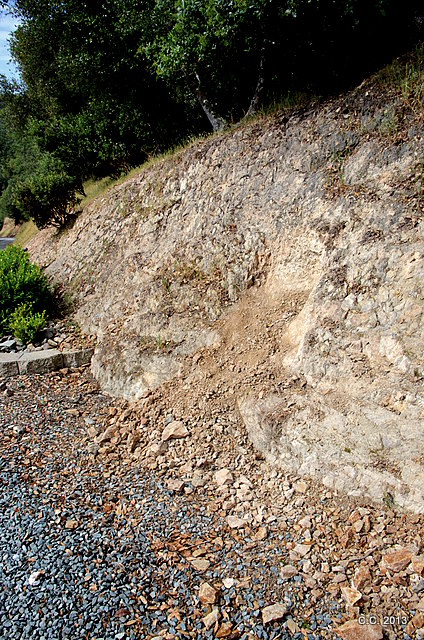 They are digging a tunnel. It may take a while. If they do a good job, we will have our "wine cellar" in a few years. They competed to see who could dig the deepest. Our eight year old Bean won. He was ahead by a nose (That's about an inch and a half.). He measured it with his nose. He's older and very competitive. 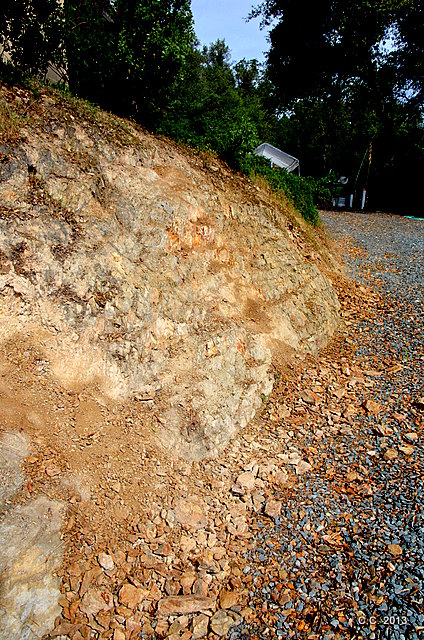 They worked hard... no salary... but there were benefits.
They got to pan some concentrates and actually found some gold. What excitement. Papa gave them their own little container for THEIR gold. We want them to carry on the tradition. This is why it's called "Gold Fever". We are starting them young. Future gold hunter's in training. 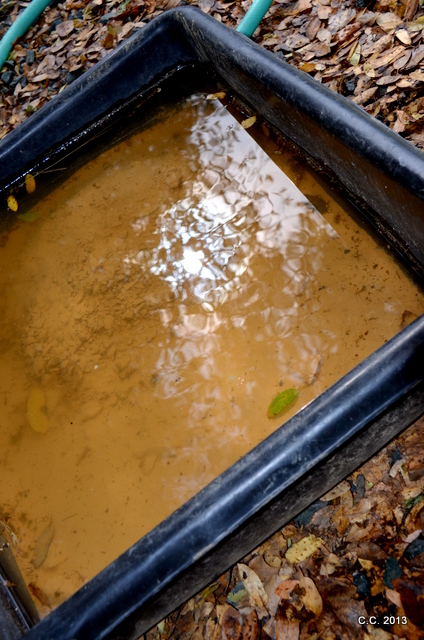 Well, we do live in "gold" country. Our dirt is lode bearing. We have a real gold mine on our property which we closed up because it was unsafe... but it produced a lot of gold before WWII.

The other benefit was a ride in Papa's wagon attached to the "three wheeler". Papa took them up, up, up into the hills on a dirt road and down to the main road and back up again.
I told them it was better than Disneyland because it was free and you didn't have to stand in line. "Better than Disneyland" might have been a stretch, but they loved the ride. 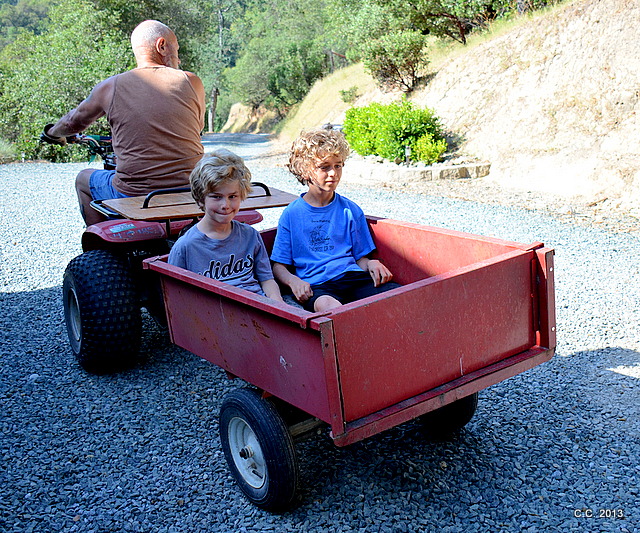 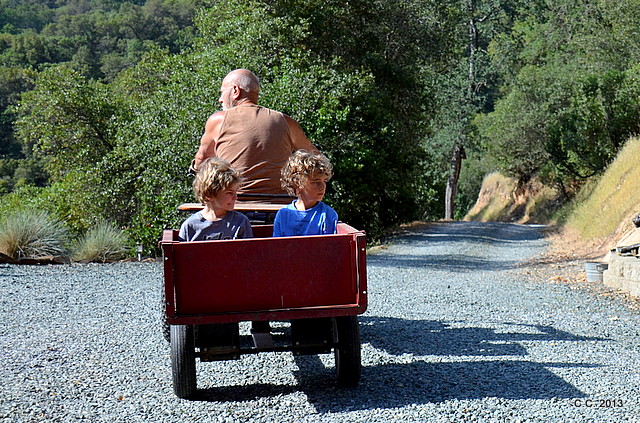 Coming up from the main road... 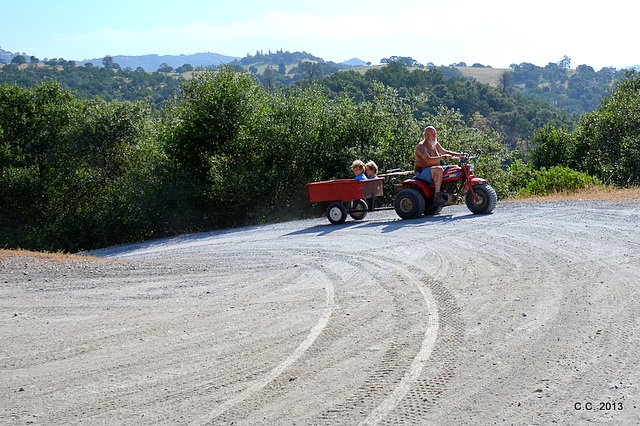 They couldn't wait to start digging again. Really! They caught the "fever". They are definitely our grandchildren. When I went out to say it was time to eat... their dad was panning, the boys were digging and our oldest was riding around on the 3 wheeler. All having a good time.

So, later, we cleaned them up before bed. 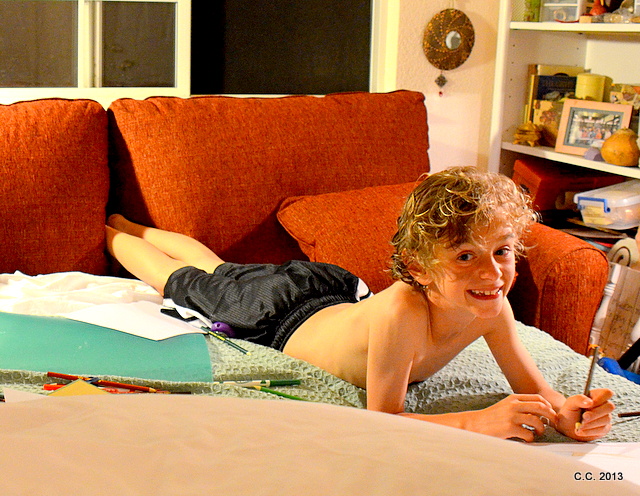 Let them do more artwork and mug for Noni's camera without picking their nose. 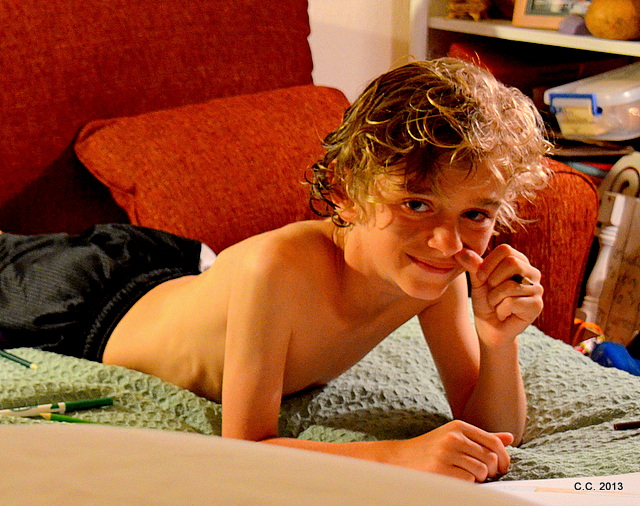 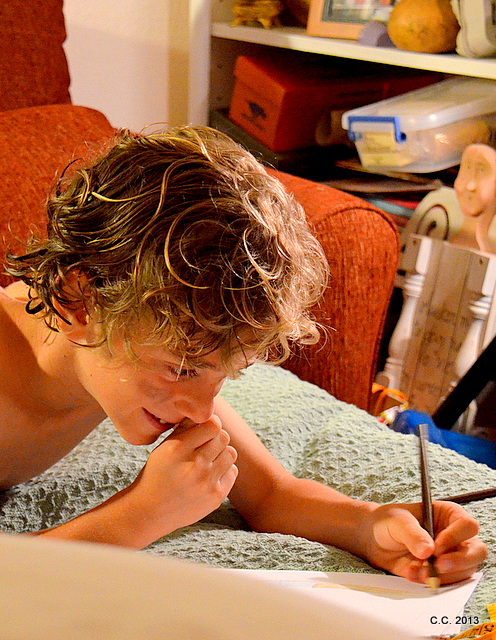 Then The Bean started teasing me. Every time I would go to take a picture of him, he would pretend to pick his nose. Rascal!! I threatened him with a haircut and he stopped.
Little Bean was still in the bath getting scrubbed by his mom. He fell asleep shortly after the bath.
The black smudge on the Bean's face is from his Saturday morning baseball game. He didn't want to wash it off so we washed around it on both cheeks. I thought they only did that on football players, but what do I know.


They're gone now. I miss them. Why are the Prospector and I so tired?
They were saying that they couldn't make it up here again next weekend, on Mother's Day.
I said... it's OK. This was the best Mother's Day they could have given me.
Oh, there was one other time.  It was May 12, 1968.  I brought our first child home from the hospital on Mother's Day. That was a day to remember and the first Mother's day for me.

So, I will enjoy Mother's Day with my memories of this weekend. It was a great weekend and I was reminded of an old poem  that e.e.cummings wrote. It was about one person, but I like to spread it further, to my whole family. It's a long poem but the ending goes;
"...here is the deepest secret nobody knows
(here is the root of the root and the bud of the bud
and the sky of the sky of a tree called life;which grows
higher than the soul can hope or mind can hide)
and this is the wonder that's keeping the stars apart
i carry your heart [s]
(i carry it [them] in my heart)"


(Oh... and my daughter in law and I snuck away from the guys for a few hours and drove into Sutter Creek and went SHOPPING. Girls gotta have their fun too. )

Son's of Birthdays and other thoughts

I think I have said this before, but a long time ago I wanted to have my children far apart enough so that one of them would be in school before the other came along. It was a new choice in the 1960's... it was called "birth control" and it came in a little cylinder that dropped out one pill at a time and let you call the shots on just when, or even if, you wanted a child.  I would bet that brings back a lot of memories for some of you out there. 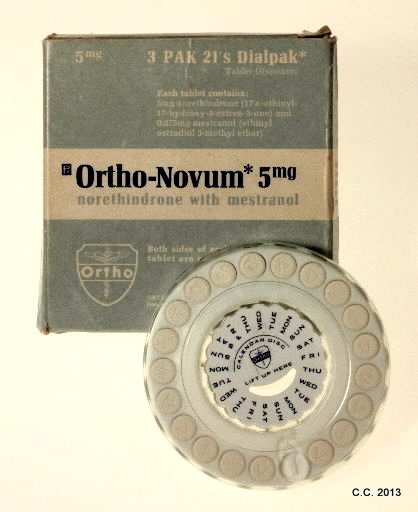 I thought mine was pink but it has been fifty years since I was popping these little miracle pills so "pink" may just be a figment of my imagination.
Well, I took them, off and on, for years and had the good fortune of deciding when we wanted a child to join us in our married life. We had our first son in 1968 and, five years later, we decided to have a second child.  We planned it this way. It was great. The only thing we forgot was that five years has many months in it and we ended up, out of all the months we could have chosen, having our boys only three days apart in May. Yep...it was just an oversight. We didn't "cover all the bases" as they say now, so we forever after, have had two birthdays within three days in the month of May.
When they were young we would have separate birthday parties and celebrate each wonderful child in his own favorite way. But now....
It's " If you want  Chimichangas and home made potato salad ... and cherry pie. BE HERE on the weekend."
Well they still come and they arrived this weekend for a family birthday bash.
Of course, my beautiful daughter in law and the Beans came too.They all arrived Saturday.
We set the table.

We kept it simple and down home.
After dinner we had cake... and cherry pie... and yes, ice cream too.
But Robbin and I had to make a big deal with the cake. 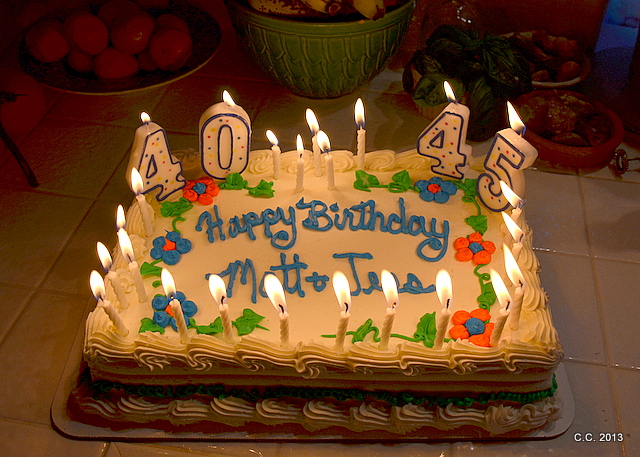 We stopped adding candles at some point and lit them. The heat was intense.
Ha! these boys are making their parents look OLD.
Are they really forty and forty five? Where did the years go?
Raising children is a huge effort if you try to do it right. There is always criticism and advise that makes you feel like you're not doing a good job but in the whole scheme of things, looking back, I will have to say that these "boys" of ours are good, kind, moral and responsible men that have made us proud. They are very different and yet I see them together, see them laughing with each other, and I know that they are good friends that will always look out for one another. This makes us very happy.


p.s. I thought I was really young when I had these two... only twelve or thirteen years old... tops.  Somewhere over the years I think I made a mistake... because if I had my older son when I was 23 years old (and that's the way it looks right now.) that would mean that I'm sixty eight and well.... I'm thinkin' that's not right. I will have to do the math and reconfigure.
I don't feel sixty eight. Someone told me that 60 is the new 70 and that 50 is the new 60 and that you're only as old as you feel. Well, I feel confused. I think that 68 is 68 and we should just leave it at that. Life is confusing enough without all this rationalization about age.
What do you think?
I will try not to cry about this. Ha!

Tomorrow..... What the Beans did while they were here.

Labels: being too young to have sons this age, birth control in the 1060's, Our son's birthdays, rationalizing how old I am
Newer Posts Older Posts Home
Subscribe to: Posts (Atom)