Our son called this morning and said he was coming up here over night. We were delighted. I put some cloths on and went into town to get some supplies. Even when the kids are grown they like special  comfort foods. So I made a list and off I drove.
It rained all night and there were lots of downed branches on the road but nothing that I couldn't drive over or around. The storm was subsiding and it looked like I would make it down our country road to the highway without having to call The Prospector to come to my aid with his chain saw.
I went to the post office and then to the store. Then I headed back home.
As I past our neighbor's house near the highway I saw a new addition to the herd of cows that stay in the pasture across the road. I just had to stop and take some pictures. Look at this cutie with its mama. 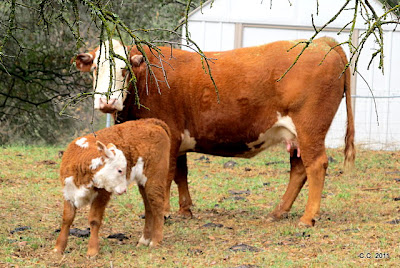 I don't know much about cows so I don't know when this one was born but it's the newest and I hadn't seen it before.
Isn't it beautiful? Look at those sweet little legs. 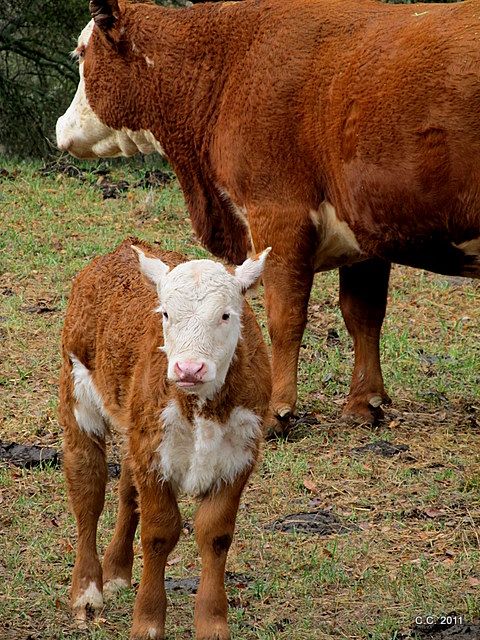 A few years ago, when I was working at my last (and final) paid position, I came home and drove past my neighbor, his son, grandson, his wife and one of the local Ranchers all surrounding a young cow having her first calf. It seemed that the cow was having a hard time with the birth.
I stopped and asked if I could help. They all looked at me, in my work clothes, and then looked at each other and smiled. That did it.
I got out of the car, rolled up my sweater sleeves and said,  "What can I do?"
I guess they took this to be a serious question. They said I could help and showed me what to do. I got to pull the baby out with the help of the other woman and a come-a- long. The mom was too young and was having a difficult time of it. She kept wanting to sit down. This could not happen because the baby was halfway out and it would have broken the calf's legs. So the men kept her up, supporting her with boards and straps, and the other lady and I pulled on the calf. I never worked so hard in all my life. Finally the calf slipped out and landed on the ground. I was suppose to catch the calf so it didn't get hurt. I tried, but it was hard to hold on to a living thing that was bloody and slick as... you know the expression. I, more or less, got underneath the calf so it landed on my arms as it came out. Fred's wife was on the other side doing the same. What an experience it was. We finally got the calf on the ground without being harmed.
The heifer didn't want anything to do with the calf and so we had to "put them together", as Fred called it. Finally she got the message and within a few minutes the calf was up and feeding.
I've never been so excited in my life. You'd think I had given birth to the calf myself.
I drove on home that afternoon in a state of euphoria. When the Prospector saw me he thought I had an accident. I related the story and told him I wanted some cattle. He laughed.
Then, I went in and took a shower. I never wore that sweater again. What a gift it is to see an animal born. I will never forget this experience.
So this morning I stopped to take a few photos of the new addition to the herd and that memory came back.
I still recall the excitement. It was quite a wonderful thing and I knew then, that I would have made a good rancher. I know this could have ended differently. The calf could have died. That happens. I had watched a calf born dead in that same corral. It was very sad. But, the ones that survive make it all worth the effort.
I was standing at the fence thinking about all of this when one of the young black bulls came up to me. They usually walk away when I get that close, but they were all looking at me like I had brought lunch. 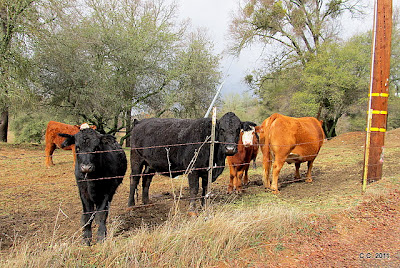 Then one of the cows came over to the fence. 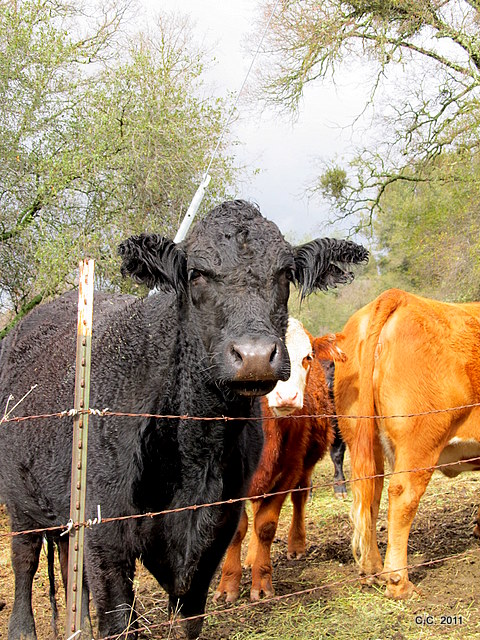 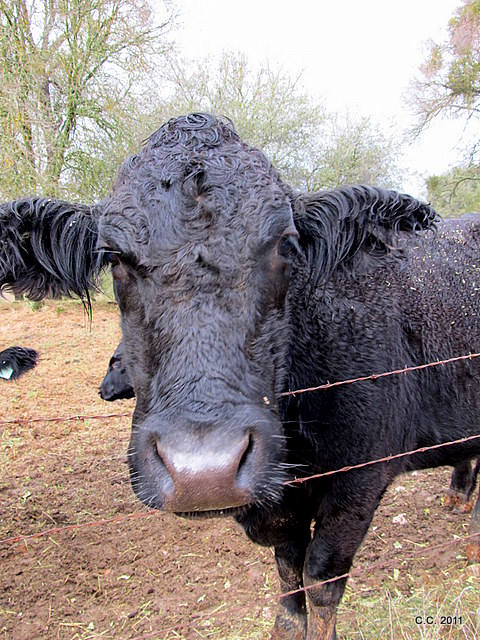 I thought he was going to smile. He was wet from the rain, dirty and  looking at me with such sincere attention that I started talking to him. " Hi, fella. Can I take your picture?" He was giving me the ol' sweet eye.
That's when he tried to eat my camera... 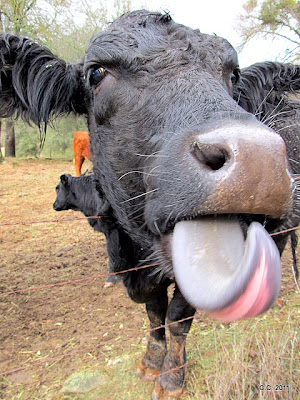 You've got to love this. These animals have the biggest tongues I have very seen.
He almost reached me. But, I surprised him first. I reached out and touched his nose.
Well, he didn't care for that.
He gave me a rather annoyed look. 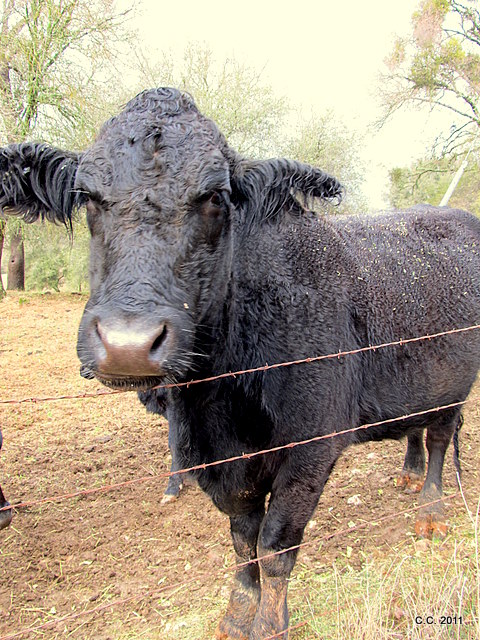 As if to say, "You mean you don't have any food?" I was going to apologize but he turned away and that was the end of our close encounter.

Finding Myself Inside of the Rain 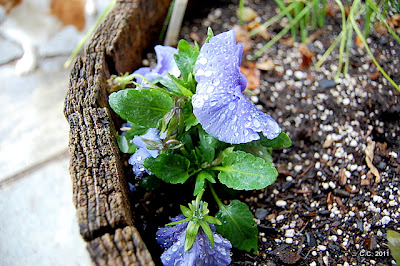 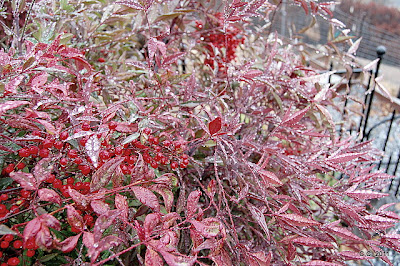 Flocks and herds of things wild 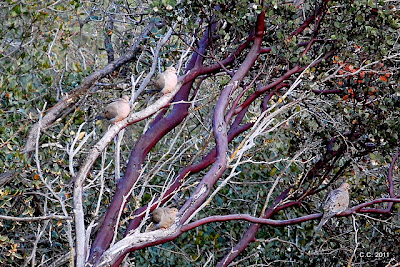 glisten faintly.
Then the scent of musk opens across
half a mountain -- and lingers on past noon." 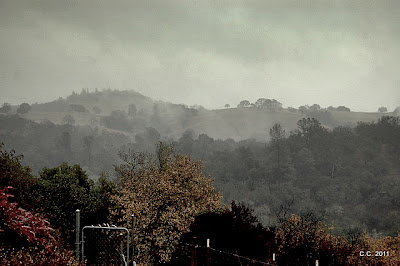 Yes, the rain has come. 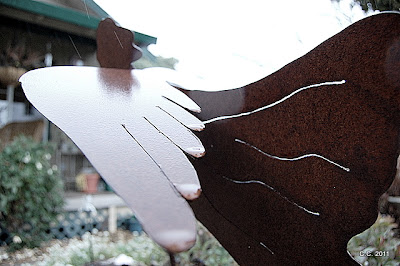 And I find myself inside of it. 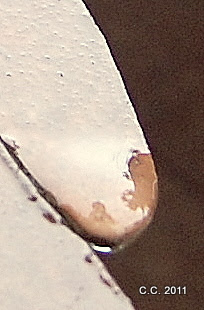 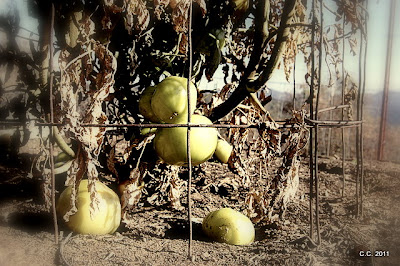 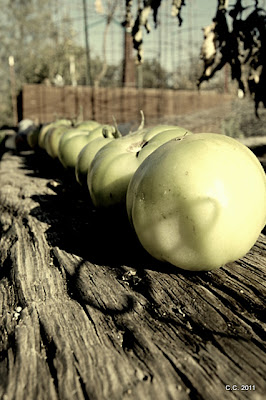 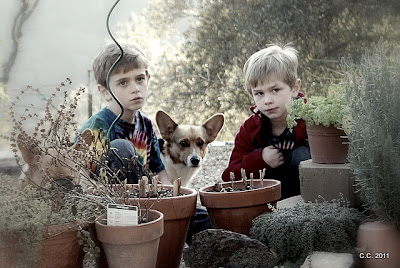 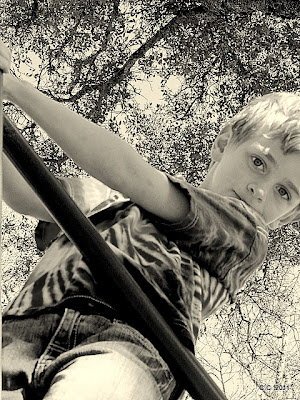 Finally... something in the sky besides blue.

Yesterday we had a cold, windy day... WITH CLOUDS. Just a few of them, but we're hopeful. 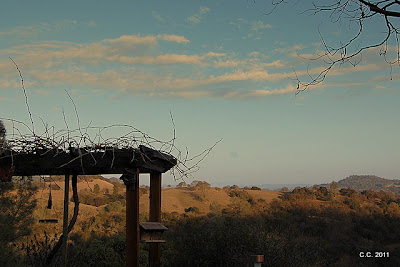 It was lovely and a sign that the weather is changing.
This morning we woke up to frost and 28 degrees. We are told that rain will be here by the end of the week. We will reserve dancing in the streets until we see the wet pavement.
My sister is here for a long weekend. She chose to spend her birthday with me. We have had a good time. She is celebrating the BIG one (one of the big ones if you keep living)... 60 years. This is my LITTLE sister. She can't be 60! This is just not possible.
Maybe we got confused and added a decade by mistake. Could that have happen?
Yes, that must be it. I'm really in my 50's and she is just starting her second quarter of a century. I think I have figured this out, as I write, only... wait.... I can't be 57 either, because that means I would have given birth when I was around 15 years old and I don't recall that happening .
Suck it up, Farmlady
You're old and your sister is right behind you to prove the reality of it.
Seven years always looked like a big difference, but not any more.  Now, it's my sons who show me, by their ages, that there is no mistake. They are too old for me to justify saying that I had them as an unwed teenage mother. So, we will leave this were it is. I don't want to insult all the women who were mothers at 15 and I don't want to rationalize the reasons that I wasn't.
I'm heading for my 70's and Sis is just starting her 6th decade.
We will just have to slow down... together... and learn to knit. Oh, we did that already. OK.
Well... it's time to embrace "senior citizen" status.
Acceptance is the key to long life. That's what they say.
So, we have shortened our shopping trips. We take naps.
We have salads instead of Cheeseburgers and Fries.
We wimp out and use Ibuprofen when we need it.
Life is still good and we are still sister friends.
Can't ask for more than that.
Happy Birthday Sis.
Posted by farmlady at 4:35 PM 14 comments: