Invitation to The Lake

"THE LAKE"  only means one thing here in California. There are many smaller lakes, here in northern California, but there is only one magnificent Lake...
LAKE TAHOE. 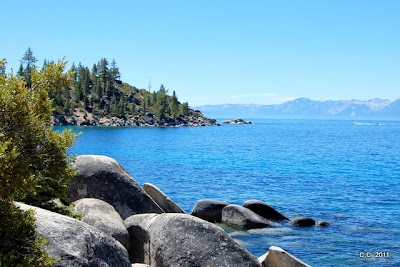 My cousin emailed me last week and invited us to come up for a few days. She and her husband recently bought a house on the western shore of The Lake in Meeks Bay.
As you know, the Prospector and I rarely go anywhere TOGETHER because of the dogs, chickens, threat of fire, water issues and isolation of our property in the summer. So I headed into the mountains, alone, to visit with my cousin and her husband on Wednesday.
This drive is one of the most beautiful mountain passes in California. Not the most famous but certainly the most magnificent. It is called the Carson Pass...where Kit Carson found a new trail to Sutter's Fort in 1844.
I passed Silver Lake, 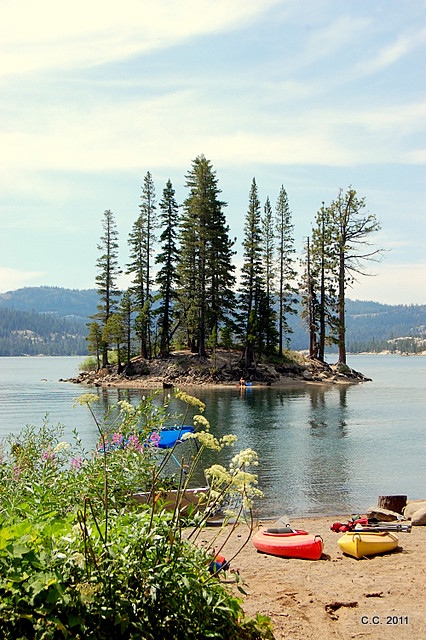 Drove over the Carson Spur, which scares the c#*% out of me every time. 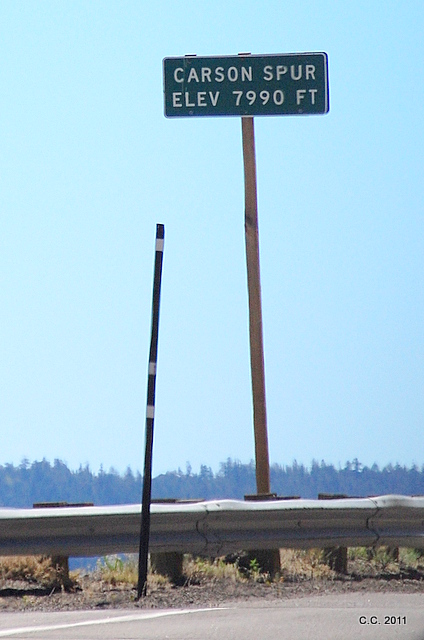 It's an avalanche area and they are ALWAYS working on it in the summer. 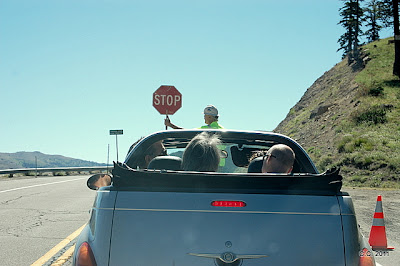 These folks were from another state and I felt like yelling to them, "Watch out for falling rocks." but I didn't. That would have been asking for trouble... since I was right behind them.  I really didn't want to scare them anyway. They were laughing and having a good time, so I just waved at them and gave them my best "California" smile. 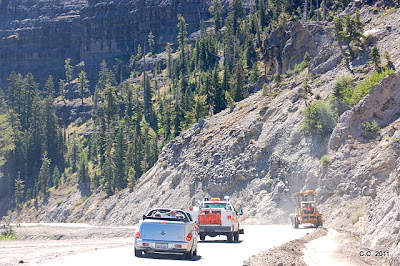 We were escorted through the "cone" zone and when we finally reached the turn off for Kirkwood Ski Resort, I took a deep breath and continued on.
I drove passed Caples Lake,one of my favorite lakes, and over Carson Pass ( El. 8,573 ft.). Then passed Red Lake where I learned to ice fish a few winters ago... and on into Hope Valley.
This was where I turned north, traveling over Luther Pass into Meyers and on to South Lake Tahoe. I left home at 9:00 a.m. and reached my cousin's place at about 1:00 p.m. That was with a stop for lunch and quite a few for taking pictures, waiting for road work and communing with nature. Not too bad.
This is the road that goes through Camp Richardson and up around Emerald Bay. 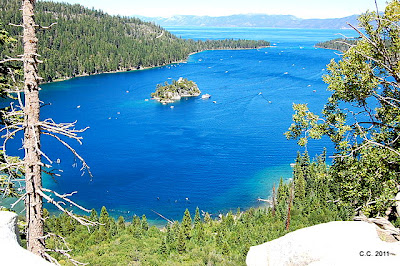 The scenery is spectacular and , yes Jan, I STOPPED the car to take pictures. I have a friend who doesn't like my habit of taking pictures while I'm driving. This is an awful habit and almost as bad as texting while driving but I'm trying not to do it... especially where there is a cliff below the road like the photo above.

I was greeted by my cousin, "L". It was good to see her again. We had been at my sister's on the forth of July but, as with all family holidays, we never get to spend a lot of time together... just talking. So this was going to be an opportunity to spend some personal time together.
Her husband was on a 30 mile hike somewhere in the Desolation Wilderness. He is a hiker extordinare! I was intimidated by their activity level and their hiking and swimming regime. They are only a couple of years younger than me and they are both in fantastic shape. I need to UP my game.
We walked to a beach at the end of their road. Then "L" showed me the boat dock that is used by some of the owners of houses on the street. It was down a long flight of stairs 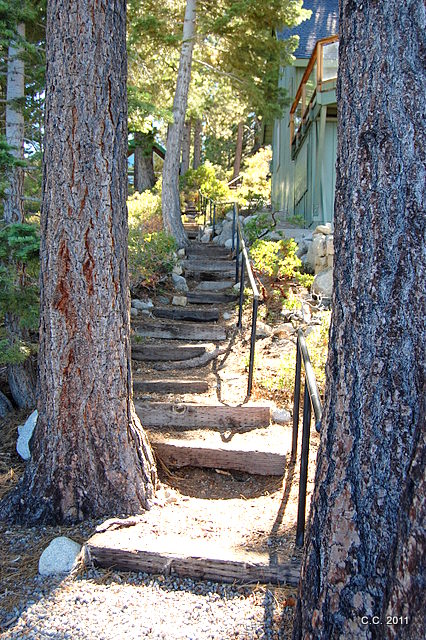 and extended out into the Lake. Beautiful! 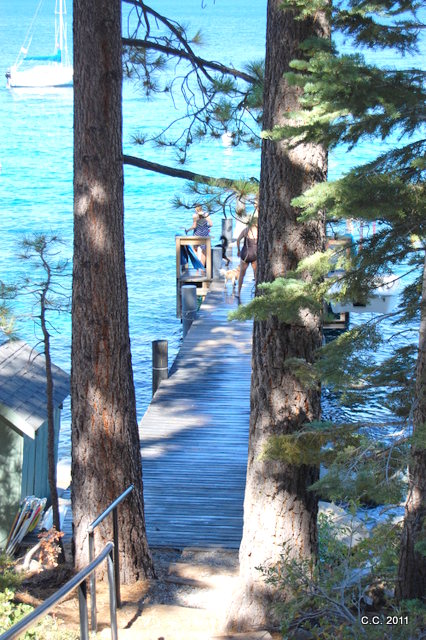 I could get use to this.
The water is still so clear, like I remember as a child. My parents would take us on vacation here. The water was still as cold. The views still as lovely.
Oh, the water. You can see the bottom clearly. 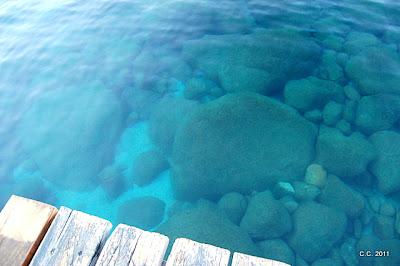 It is the most beautiful and luminous, turquoise blue. 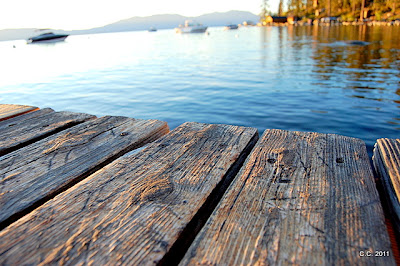 When Mark Twain wrote about The Lake in his book ~Roughing It~.
He said,
"So singularly clear was the water, that where it was only twenty or thirty feet deep the bottom was so perfectly distinct that the boat seemed floating in the air! Yes, where it was even eighty feet deep. Every little pebble was distinct, every speckled trout, every hand's- breadth of sand. Often, as we lay on our faces, a granite boulder, as large as a village church, would start out of the bottom apparently, and seem climbing up rapidly to the surface, till presently it threatened to touch our faces, and we could not resist the impulse to seize an oar and avert the danger. But the boat would float on, and the boulder descend again, and then we could see that when we had been exactly above it, it must still have been twenty or thirty feet below the surface. Down through the transparency of these great depths, the water was not merely transparent, but dazzlingly, brilliantly so. All objects seen through it had a bright, strong vividness, not only of outline, but of every minute detail, which they would not have had when seen simply through the same depth of atmosphere. So empty and airy did all spaces seem below us, and so strong was the sense of floating high aloft in mid-nothingness, that we called these boat-excursions "balloon-voyages".

It is still very much this way.

We had dinner outside that evening and I sleep like a proverbial "log". Next time I will tell you about my drive around the lake and swimming off the boat dock with my Olympic level swimming cousin..