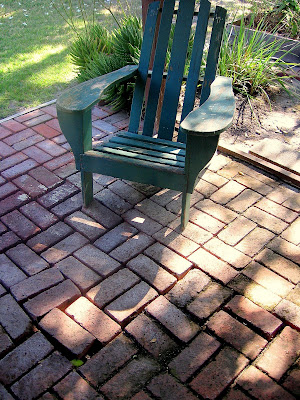 I had a dream about my father early this morning. ...,

It's been almost a year and a half since he died. I never had a dream about him after he passed. It seemed as though he just disappeared from the earth and my sight. The only place that I found him was in my heart and in all the memories, good and bad, that lingered in his place. And then, this morning I had this dream....

He was waiting for us in some kind of park. There were other people walking around. It was a fair or outdoor show. I saw him over near the wall of a building behind a planter that had beautiful flowers blooming in it. He seems to be waiting. He was just standing there, smiling just a little. I walked over and asked him if he was all right. He said "Yes" and we hugged each other. I could feel his bones through his skin as I held him. I felt short, as if I were a young girl. I was hugging him around his waist instead of his shoulders. He hugged me back but he seemed frail and weak. He asked me where everyone was and I said "I'm not sure." We looked around but couldn't see anyone we knew. So we just waited there together and I held on to his hand.

That was all. I woke up. When I went into the kitchen I still felt like I wasn't quite awake; that I was still somewhere else. My husband came in and looked at me. "Mornin', you look like you need a cup of coffee." I told him that I had a dream about Dad. He came over, gave me a hug and said "Are you all right?". I held on to him and cried for a few minutes then grabbed a kleenex, poured myself a cup of coffee and sat down on the couch.
I sat there for quite a while, sipping coffee and thinking about the dream. I think it was a good dream and that Dad is Ok. I just don't know why this dream came now...., or why we dream..., or what the dream meant. Maybe nothing. Maybe everything.