"Beauty is a primeval phenomenon... 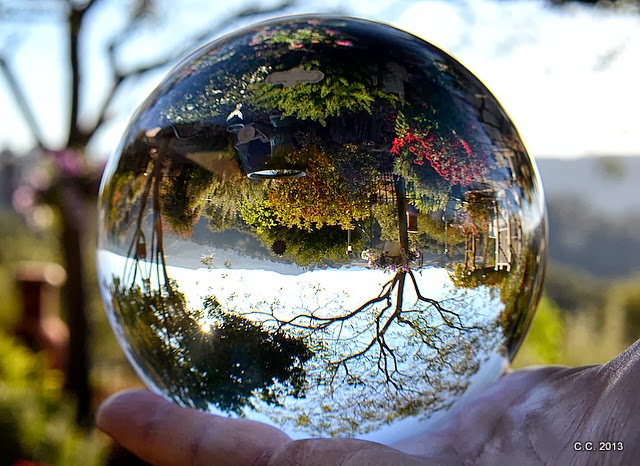 which itself never makes its appearance, 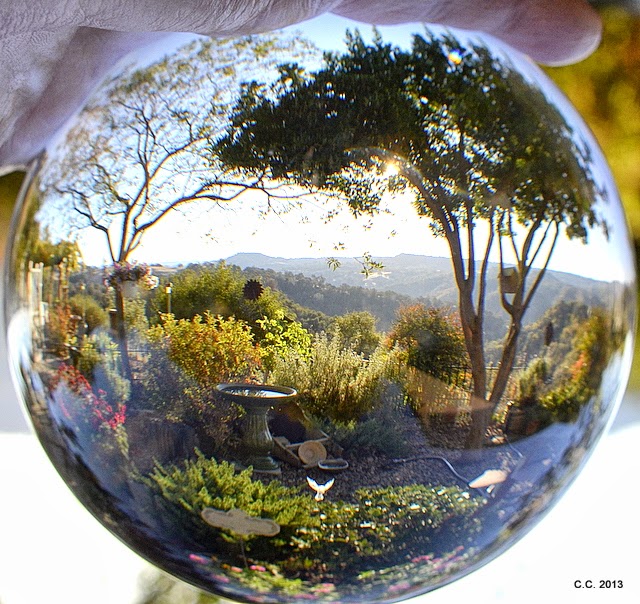 but the reflection of which is visible in a thousand different utterances of the creative mind. And is as varied as nature herself. " 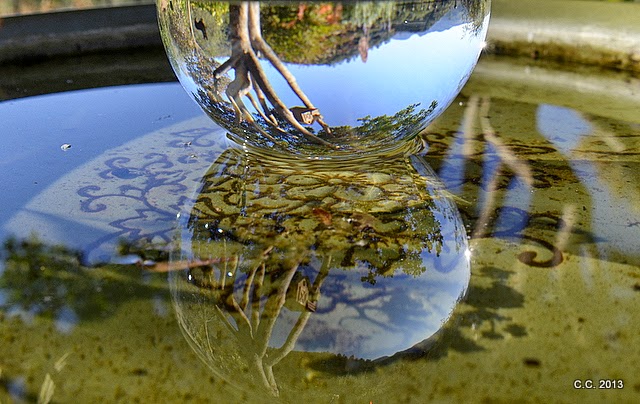 I've thought a lot about creativity and art lately. I believe that what we see as beautiful in our minds eye is a reflection of our own vision of how the world is. In photography, we try to recreate what it is that we have seen. But very often, the reflected image is not like the reality. We can't create the same reality so we get artistic and do something that becomes more about who we are.
I love the old Zen saying that says, "I love reality. It tastes like bread.", but sometimes it's white bread and it has no nutritional value. That's when I go into the kitchen and bake, because I want more than just the plain ol' "reality" bread.
All of our life experiences and the shield of protective bandages that we wear from years of trying to escape the threat of being different, don't allow us to see what is possible. We have to look for it. 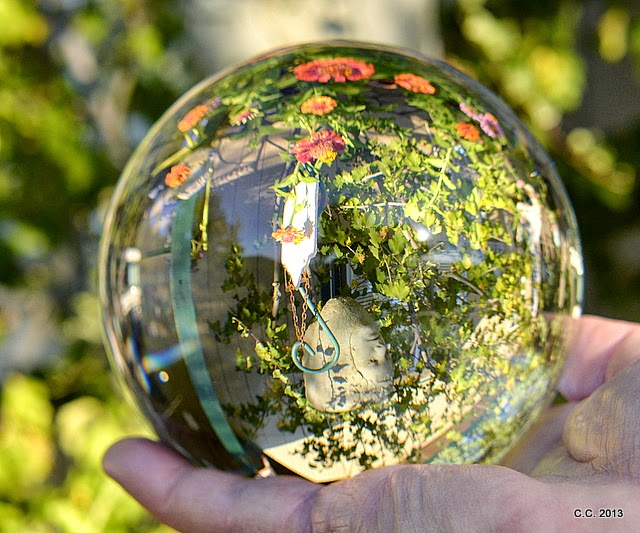 The world, viewed through a crystal ball is upside down... as is the image in a camera... as are the receptors in our eyes. If we only saw the world in this way, we would not be seeing reality, but an image that was without gravity and our feet would not be on the ground, but in the sky. As an artist, this is a very special place that calls my name.
I think that this place, inside the ball, is where creativity begins. It is the place where art becomes the reflection of our mind, not the actuality of the world. This is the place where a person can make their own reality. 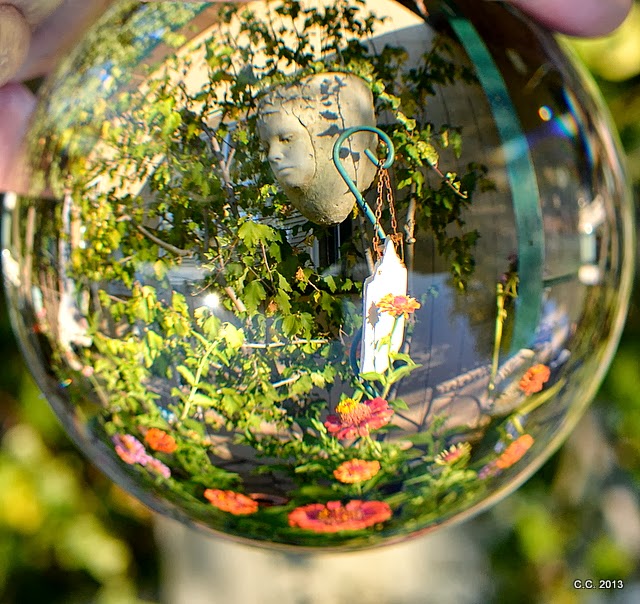 This is the "multi grain" reality that allows creativity.
Some control their passions... but for some there is no limit. I admire these people... The ones that don't let the structure of their lives control their ability to create. They create a life that allows them this freedom.

"...a thousand different utterances of the creative mind."  I love this. Do you see the reflections of your creative mind? 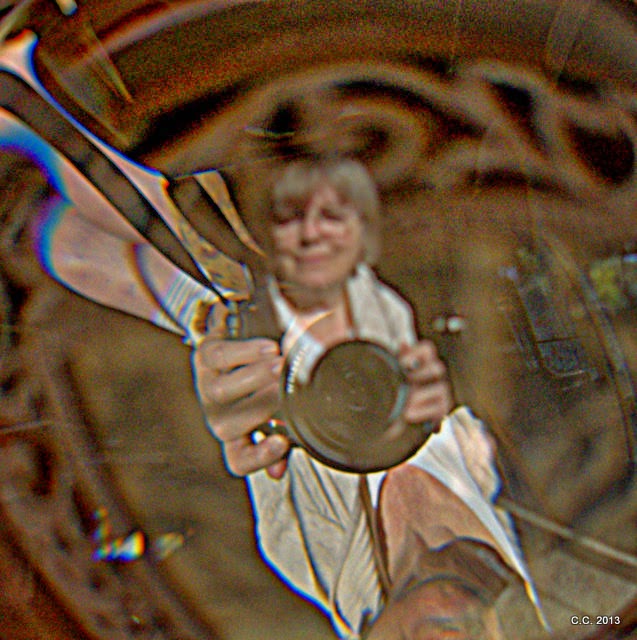 I found someone there, inside the crystal ball, this morning. It was not a clear image but she was there and she smiled. Maybe she will find something interesting to shoot with her camera... maybe she will capture me, sitting in my living room, trying to figure out all of this.
Do you hear the voice in the crystal ball? Does it make you want to look inside and give you a different perspective? Does the voice say, "Yes, you can do this. Use your imagination. Create." I hope so.

Labels: Crystal ball photography, living the creative life, seeing yourself as an artist, thoughts on creativity