"Once upon a time there was a tiny, tiny chicken named Chicken Little." 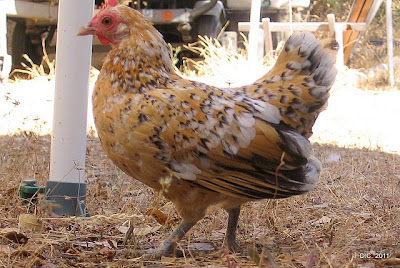 "One day Chicken Little was scratching in the garden when something fell on her head.
"Oh," cried Chicken Little, "the sky is falling. I must go tell the king." 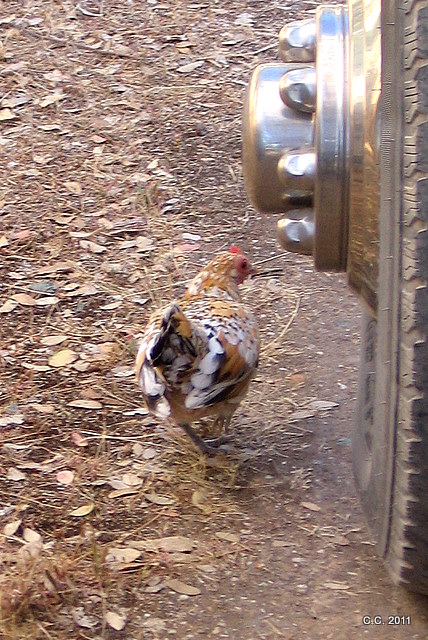 This is MY Chicken Little.
Her name is Squeaky because she has this squeak instead of a cluck.
She is a Bantam chicken. 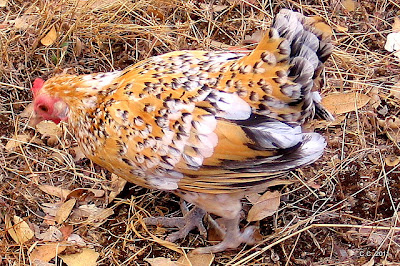 She's kind of a nervous bird.
She ALWAYS thinks the sky is falling and rightfully so. She is the only Bantam hen in the coop. A little chicken in a land of amazons.
There use to be another Banty. Her name was Henny Penny. She has gone over the Rainbow Bridge and now Squeak is on her own. We also have a Bantam rooster. 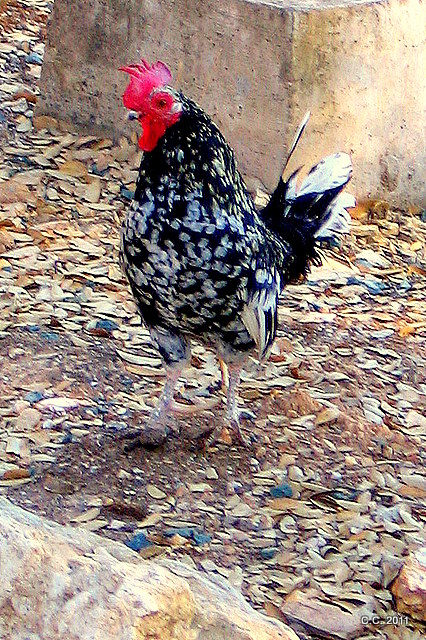 Napoleon is kind of busy staying on top of things so he's not much help to Squeak. He is a kind and benevolent ruler and has always been good to the "ladies", but he doesn't have time to defend Squeak from the other hens.
So, over the years, Squeaky has learned to be a survivor. She grabs the food and runs. She gets pecked and knocked around. Stepped on and chased... but, as the old worn out adage says, "what doesn't kill you makes you stronger". It would appear this is true.
The flock loves to "free range" but we don't let them do this everyday. There are so many predators around that it's not really safe to just let them run all over the place. So, when we know that we will be home most of the day, we let them out.
Squeaky loves these wonderful days of fresh grass and bugs.
She has space to be her own chicken.
She has room to roam... usually by herself.
So it was a surprise to see this the other day... 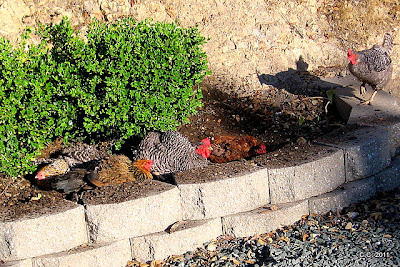 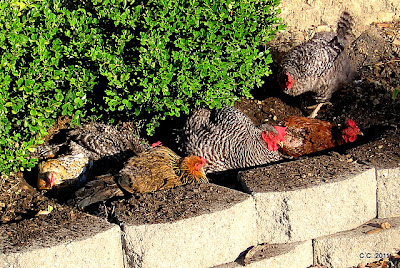 She was all scooched down, covered with dust and acting like one of the clique... the sisterhood of feathers.
What a brave little chicken she is.  Even when another big hen came in to flop around and scatter dirt. Even when the barred rock behind her readjusted and kicked her accidentally... she just made a loud squeak and held her ground. What bravery! What fortitude! 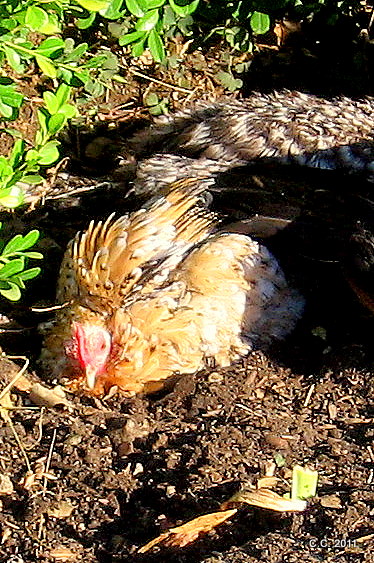 She may be a "chicken little" but she's a tough little bird and we love her.
************************
This post was for my friend Jan, at Little Pink Houses,  who always asks about Squeaky.
Jan has a cat named Rusty that is going through a very rough time. He had a leg amputated because it had a fast growing cancer in it.  Poor kitty is not having an easy time of it. Please leave her a message and a few good thoughts.