"She can't stay out of the garden." 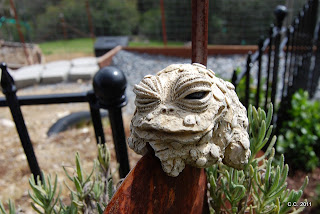 Farmlady's in the garden again. I can't get any sleep. The weather has been rainy one minute and sunny the next. I've been trying to get some shuteye in between the storms but she keeps coming out here. 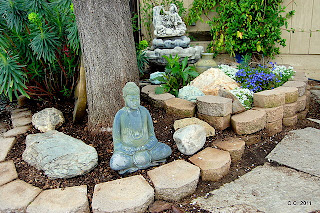 First she came running out of the house yelling "Cutter! Don't dig in the garden!",because he was digging another hole in the dirt that she had filled for the third time. I heard her mumbling something like "I'll fix that dog." and then she started putting rocks around the tree so he couldn't dig in there. I'm trying to get some sleep and she's out there making all this noise. 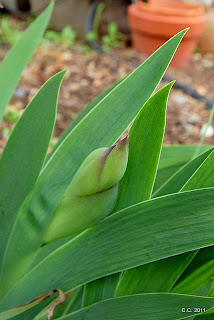 She got all excited about the Iris that were going to bloom. I heard her say..." They're almost ready".... like she was baking cookies or something 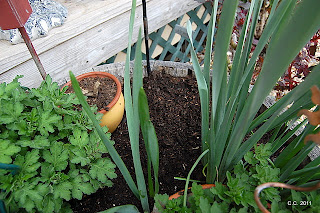 Then she dug up some places and planted flower seeds. I thought I heard her say that she'd had enough yesterday... but no, she's out here again. 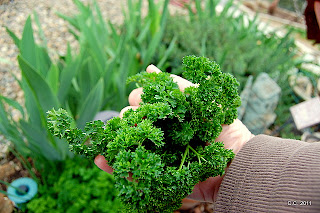 Finally, she picked some parsley and went back into the house.
A few minutes later she was back outside and started packin' dirt into some planters
.... and she's singing a song about "Tis the gift to be simple, Tis a gift to be free,   'Tis the gift to come down where you ought to be."..... I don't know what that was all about.  What's the matter with that lady? 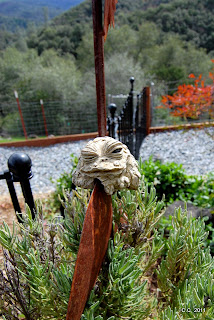 I think she needs a Valium. I wish it would rain so she would go inside and let me get some rest.