The Goat house rises and the fires spread 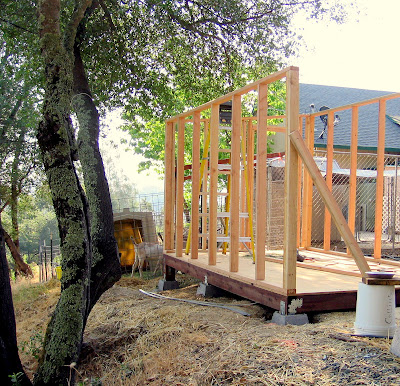 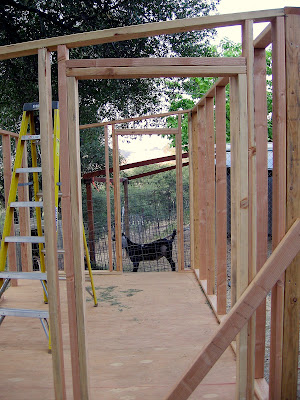 About the Fires
It was 108 degrees on the front porch today. There is very little wind and lots of smoke. We have no fires that are close to us right now. Thanks to people being careful, I hope. Most of the big fires are south, along the coast and in Northern California. A friend of mine spent the 4th of July weekend in Santa Barbara and she said she could see the fires from the plane as they flew down the Coast range. She said it was frightening.
We called a friend of ours this afternoon. He lives in Magalia near Paradise, which is east of Chico. They are ready to be evacuated at any time. The fire is in the canyon on the north fork of the Feather river and moving in their direction. I hope that they will be all right.

It's all so sad. So many folks have lost their homes. The fires seem uncontrollable. Please think about us here in California. We love this state and it's on fire. We live in fear of a lightening strike, a campfire left to smolder or a lit cigarette thrown from a car.

We are so appreciative of all the fire resources ,from other states, who have come to help us. They are all out there fighting these fires as if it were their own places, but even with all the help..., a prayer or two won't hurt . This is going to be a long summer.