Here it is.... the "sad dog being abused by his humans" story. I want to preface this by saying that no dogs were harmed physically.
This is Dexter in his new harness. Dexter is growing out of the carrier that we take him to the vet in and it was just time for him to learn about collars and harnesses. Is that too much to ask of a small puppy? ... to just try out the new vest harness and see how it fits? This only took about 15 minutes but you would have thought that he was being horrifically tormented for hours.
I saw a video of a dog that was introduced to a harness for the first time. You hand a biscuit to the dog through the opening that goes around the dogs neck and while he's eating the biscuit you slip the harness over the dog's head and snap the rest around his belly. It looked easy and the dog just took the biscuit, put his head through the opening... and DONE. I really suspect this was not the first time they put the harness on. That dog sat there, took the biscuit and without any running, hiding or evasive tactics, that dog sat there and let the person put the harness on. First time my a$$. Not so with Dexter. He didn't even want the biscuit. This, in fact, is not how it goes when you have a smart puppy. Dexter would not take the bate.
We both had to hold him and try again. We finally got it on him OMG! He turned in circles for a few minutes, bucked like a wild horse and finally sat dead still... not moving at all. 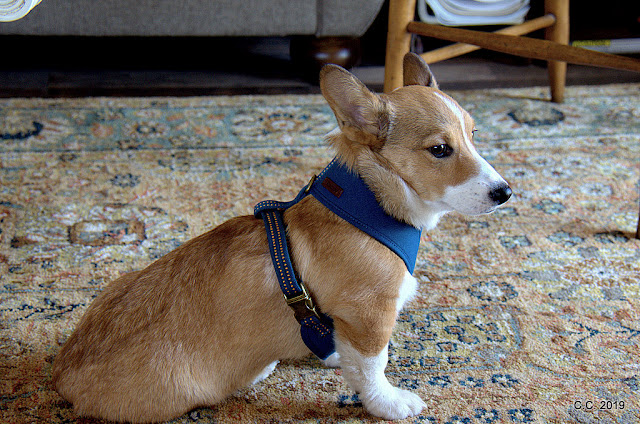 Abby came over to comfort him and he softened a bit but he didn't move... he just looked pathetic. 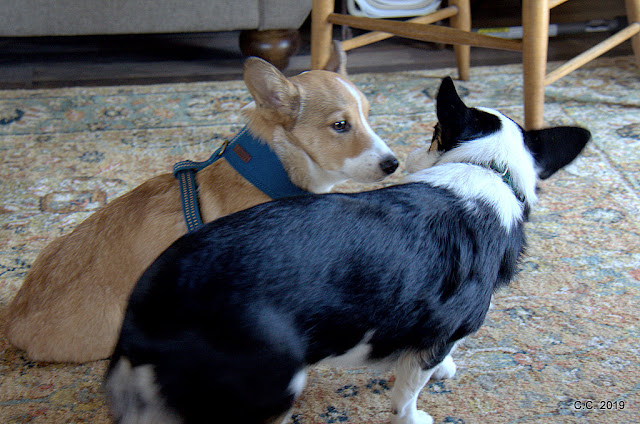 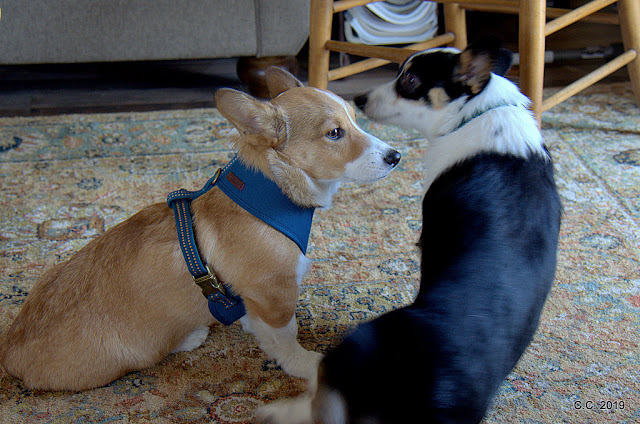 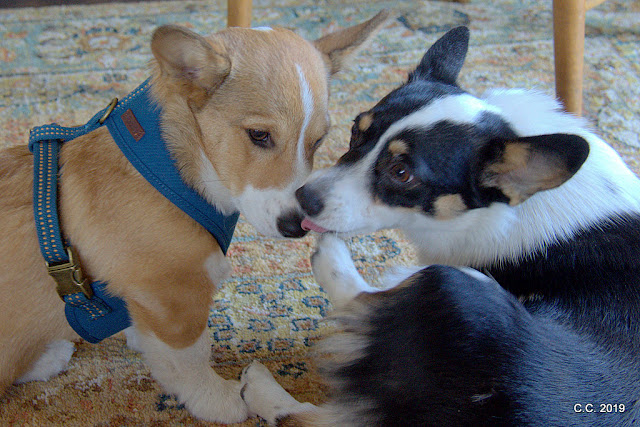 He played this like John Barrymore. in one of those old silent films.... and out of the corner of his eyes dribbled distrust and fear. I could hardly stand it. 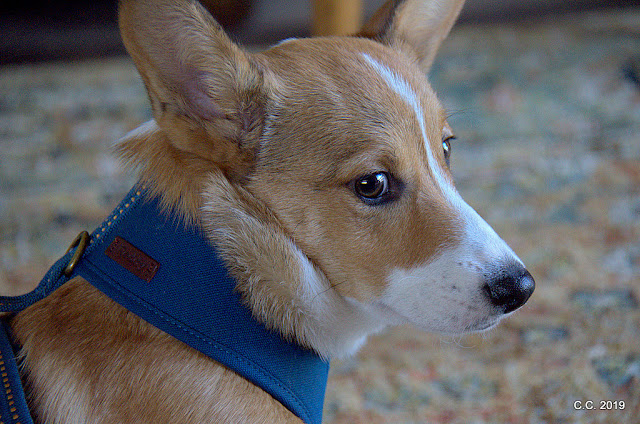 I think we have been put on notice that this little boy is not going to put up with being restrained. We took the vest off and talked about it. 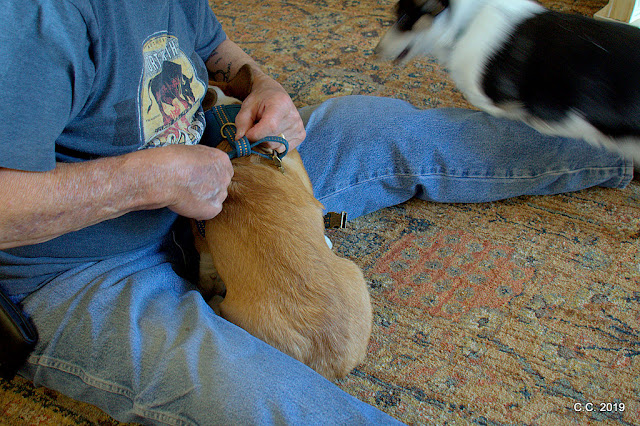 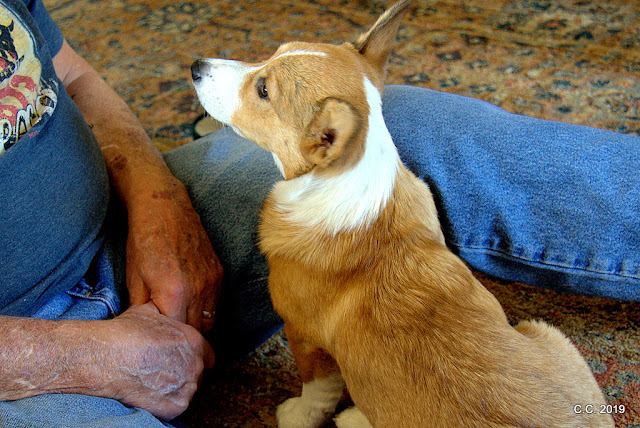 Steve sat with him explaining why this seeming abuse has a purpose. Going for walks, going to the river and parks... fun stuff that requires a leash and some restriction. This time he took another biscuit and now he's sleeping in the bedroom with one eye open.
This may take a while... but we will try again. We will also let him wear a small collar to get use to having something around his neck.
We love his wild little puppy butt.... but he WILL wear a harness and life will be filled with all kinds of fun... and trips. ... and rivers... and parks. He will find that this is not a bad thing. Abby too. The adventures begin..
Posted by farmlady at 9:11 AM