Lili and Lulu at odds...

It all started out rather benignly... 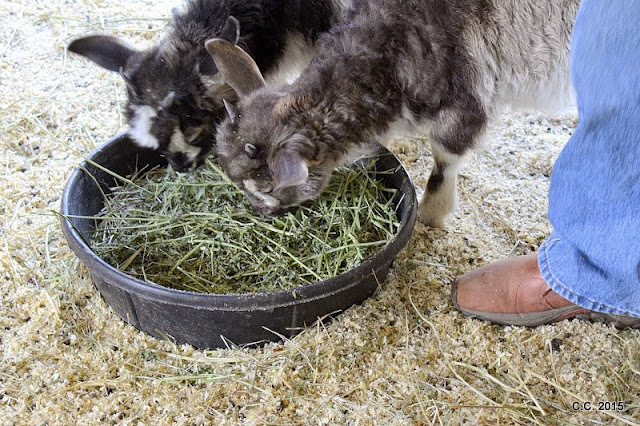 "J's" new babies, Lili and Lulu, finished doing their special tricks for us and were hungry for some food. 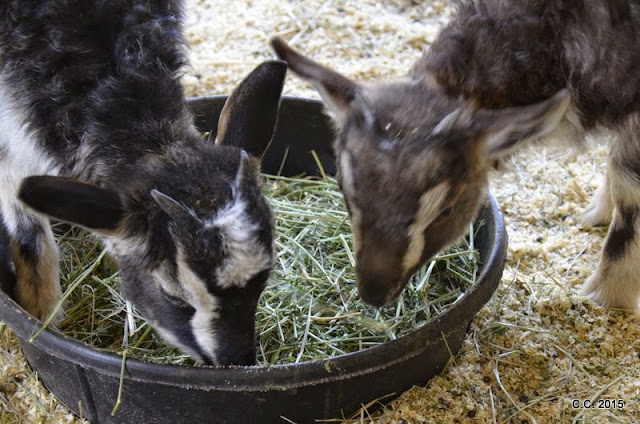 So "J" got them some Grass Hay and they both ate it like it was their last meal.
Now, please note Lulu's front right foot (Lulu is on the left in the photo.) She is starting to move in.

Within a few minutes she had all fours in  the pan and never... never stopped eating. 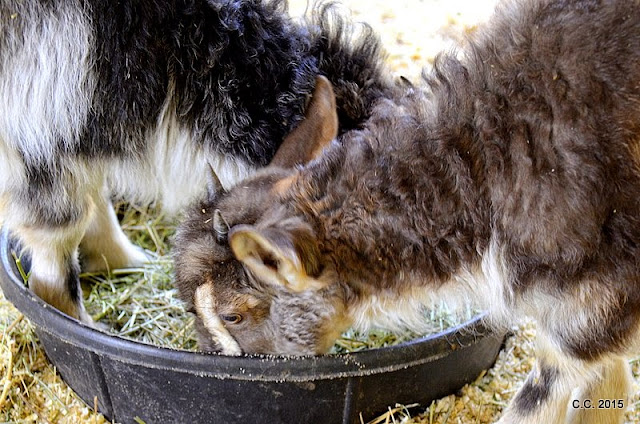 Lili was getting edged out.
She finally complained to Heather, who was standing nearby. 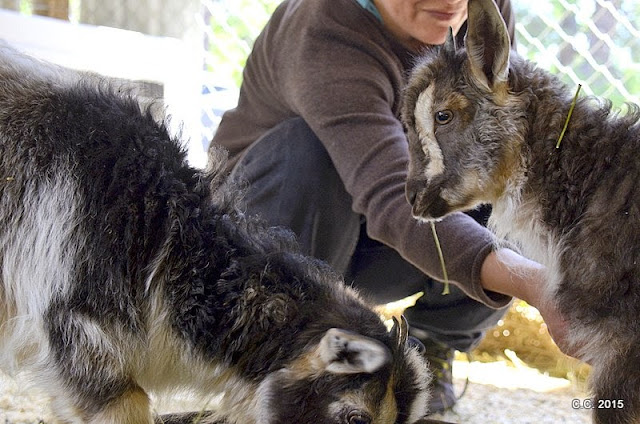 "Lulu is hogging all the hay, Heather. What is her problem. Why can't she share?" The look on Lili's face was priceless.
Lulu stepped back and removed her back feet from the pan, as if she heard Lili... but she never stopped eating.

Look at that face. Lili was pretty sure that Lulu was going to be the "alpha" goat from now on. 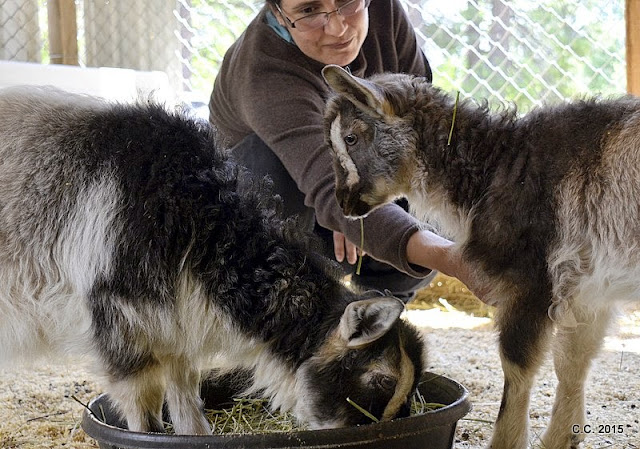 Heather tried to consoled her, but it just was not helping. Lili knew that she would have to wear a tougher goat skin if she was going to compete with her bossy sister. It was a learning moment for her. The realization that Lulu was like an older sister, even though they were twins, had finally sunk in. The party was over. The realities of life were evident.
She thought long and hard about it and then said to herself, "I'm going to have to kick Lulu's butt one of these days."
Posted by farmlady at 9:33 AM