Time Traveling on a dark and spooky night

Thursday night was filled with anticipation. I arrived at the Bean's house in time to walk down to their school with my daughter in law, Robbin. There was a crazy thrill in the air. Children were running everywhere.
My Beans could only talk about Halloween and what they were going to do.

The monsters were lying in wait. 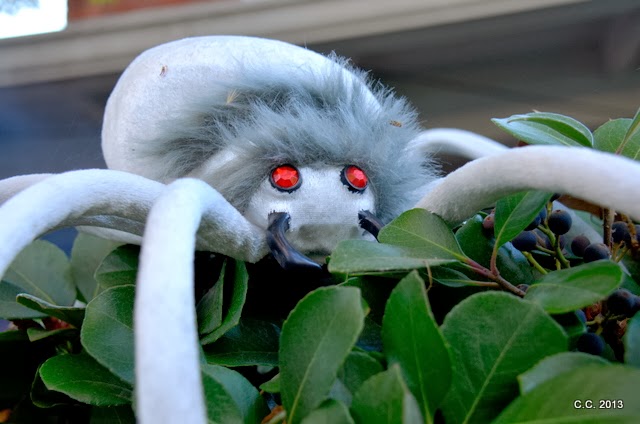 We did other things, but the anticipation of the coming night activities were looming.
We carved Jack-O-Lanterns... 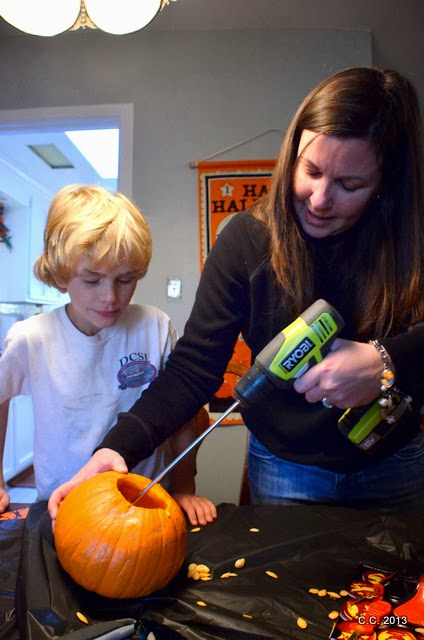 the new improved way... with an attachment for the Ryobi, that made a quick job of the pumpkin debree.
Then we carved the pumpkins.
I started transforming the squash, which went from this... 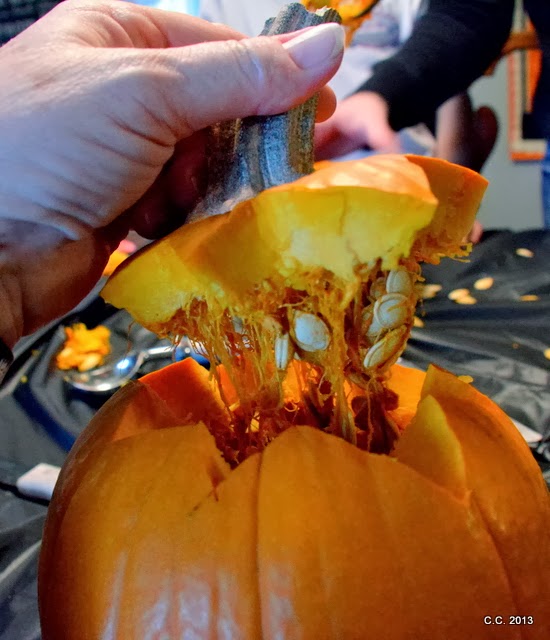 ...to this, faster than you can say "Happy Halloween." 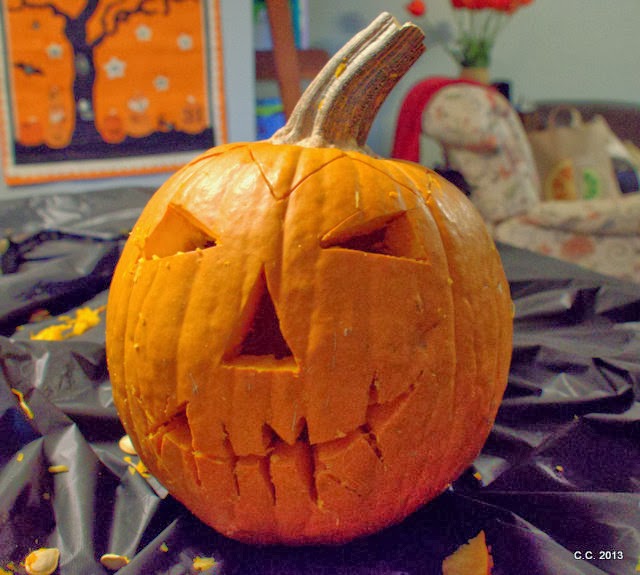 Which took on an errie presence as the night turned to dark. 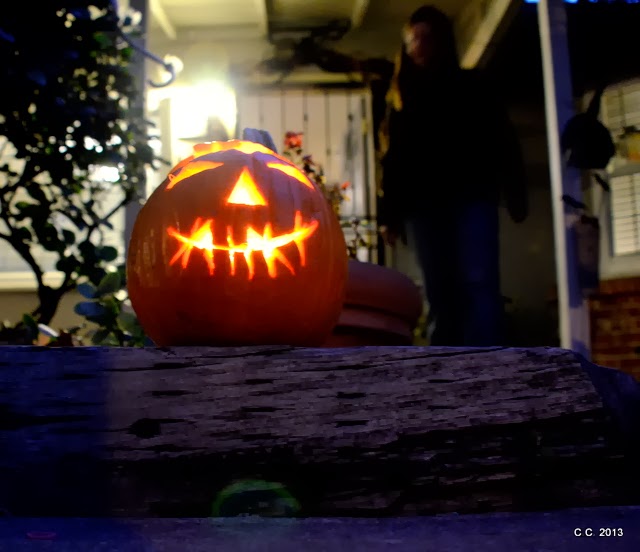 And another little pumpkin was waiting on the lawn... 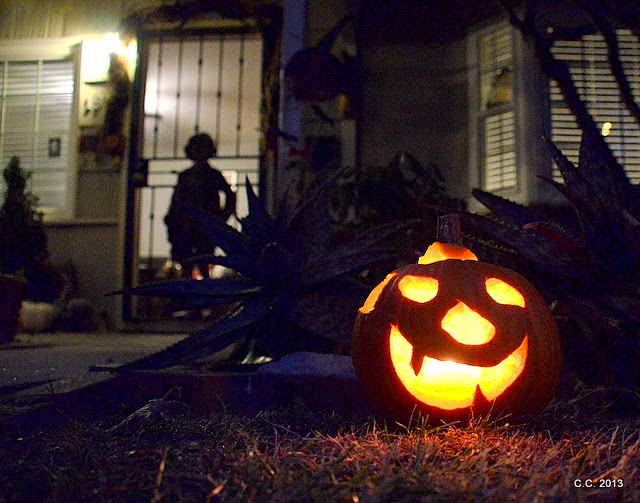 along with a "little pumpkin" waiting patiently, at the door, for darkness.

The Beans were Delta Force Army Rangers this year. It was the first year they had decided to wear the same costume. 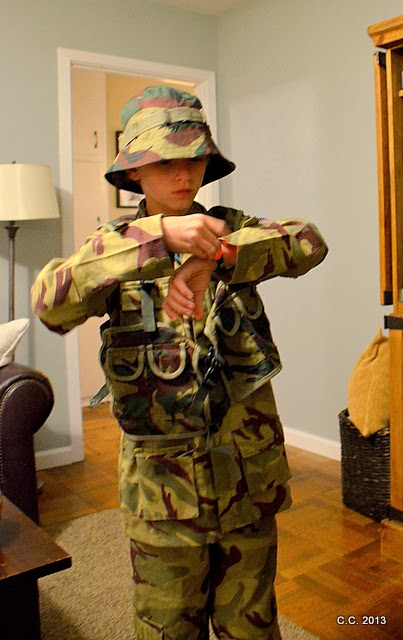 Very cool uniforms. Big Bean looked really good in this uniform as he set his Halloween blinker bracelet in motion.
Little Bean had to roll up the sleeves and cuffs on his outfit... but he wore the uniform with pride. 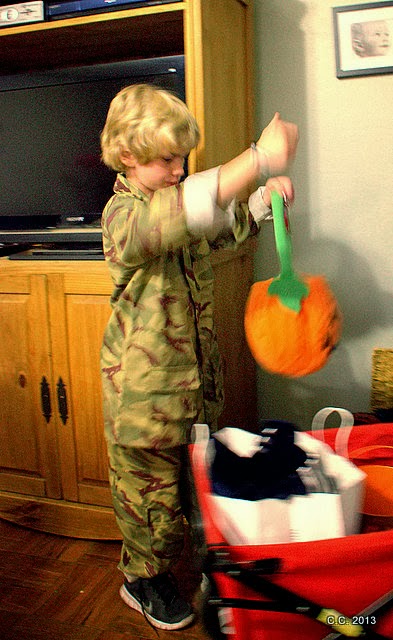 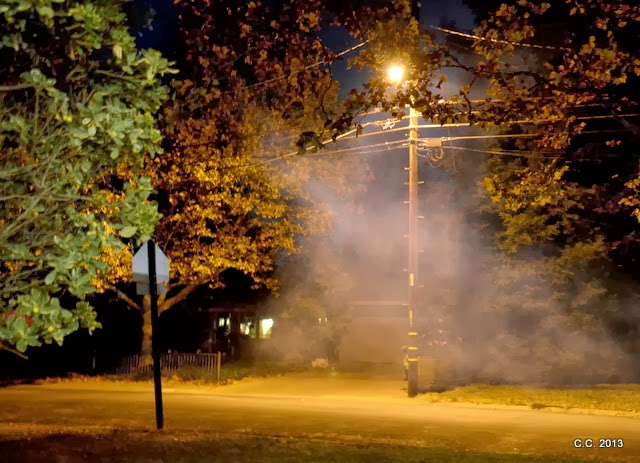 How many nights, in my childhood, did I venture out onto this same street to knock on doors and ask the magical words, "Trick or treat?"
This home was my home. This street has my memories floating on its air and it breaths names. There are ghosts here... real ones. I see them... even when others don't. The Cantrell's, Hansen's, the Tieman's, the Woyteck's... I see all the kids, with names I remember so well... Tom, Bob, Barry, Dawn, Jimmy, Sandra, Anne, Donna... running down the street on Halloween night. Then, the lawns were new and fewer leaves fell from the Sycamore Trees that were planted in 1950. I see the same curbs and wide streets that we followed from one house to the next.
It was a good place to grow up.
It is a good place for my grandchilden to grow up. 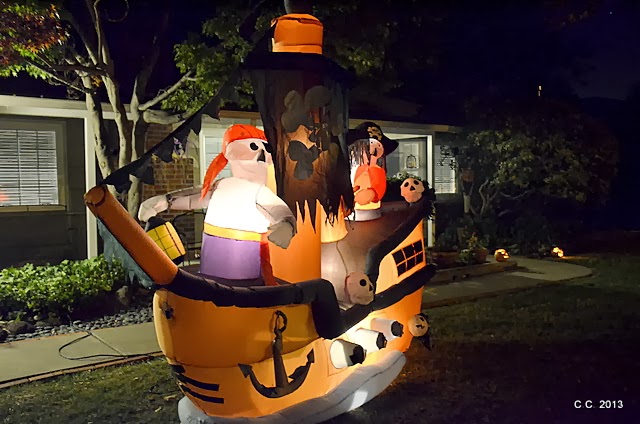 There's a  pirate ship out in front of the house that, for the third year, beckons the children and a machine behind it that makes the fog that fills the street, that waits for the little ones in their fearless pursuit of goodies and their wonderful costumes.
There is a lady giving out candy on the porch with me, but it's my daughter in law... now. 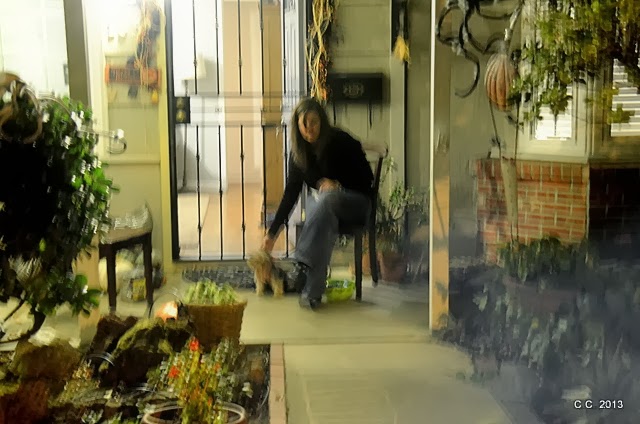 A blurred image of what could be my mother sitting there. The same dark hair... the same lovely smile.
Is this the same ivy growing under the bedroom window?  Has it really been so many years? Is this the same concrete porch, the same brick and shingle siding?
Do you know how happy it makes my heart to know that our son and his family live here, now? 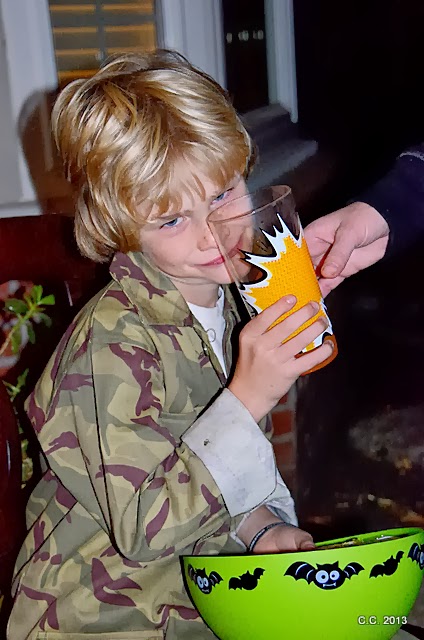 Hey, funny face, do you know how happy it makes your Noni that you live in my old house?
It's your house now.
I hope you build memories that will someday float down the street with mine... holding hands and talking about the good old days when we waited for darkness and goblins ruled.