Dick and Jane's farm... A reprive from my felting fiasco

I drove down to the valley for the goat club meeting yesterday. 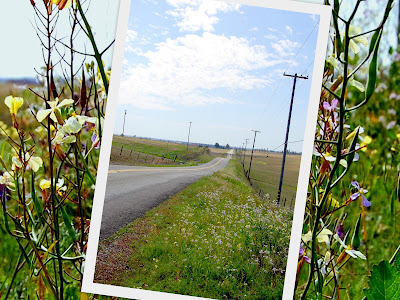 I love driving through the "flatland" in the Spring. It's very green and most of the roads are long and straight. The wildflowers were starting to bloom which makes the road side look even nicer. This is Sloughhouse Rd. It's a short cut that I always take to avoid heavier traffic on the major roads. It's filled with cows, old houses, farms and horses. If I were to move down from the foothills it would probably be out here somewhere.
The meeting was in Sheldon, a community that is a part of Elk Grove.
Jane's farm is on the main highway through town and she raises Alpine goats. After our potluck-meeting I walked out to visit with some of the residents.
"Hello" I said and one rather important goat walked over to me. 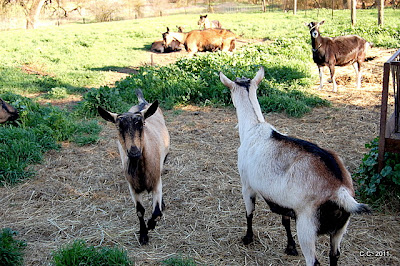 This goat was not about to let a stranger just walk up, lean over the fence and take pictures. 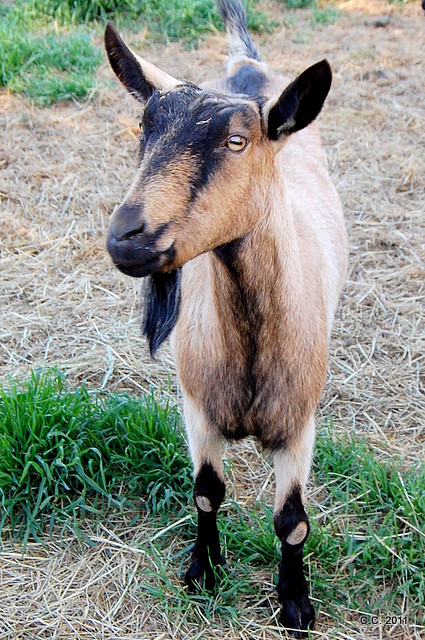 It had that "And just what is it you want, stranger." look on its face. 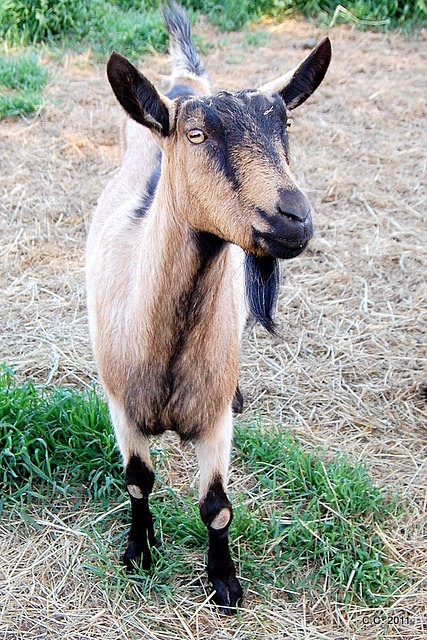 This look said, "Are you a goat person?"
I assured this goat that I was.
Jane said that they have five does that are almost ready to kid, so they are all a little on edge.
Five of the goats did look a little like they were walking with their back legs further apart than some of the others. 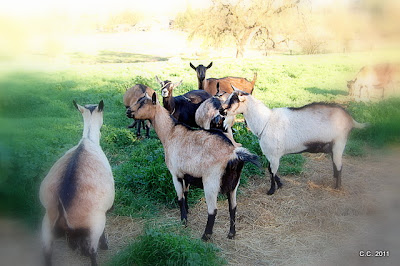 I remember the feeling. That one on the left above made me feel uncomfortable.
Poor thing. I hope all goes well... and soon.
It's such a waiting game and you are so ... heavy... unwieldy... off balance and... expectant in those last days.  Oh, yes, how I remember.
Jane will call me when the kidding begins. I will take more photos and have a post about all of the new babies. It will be an overload of cuteness. 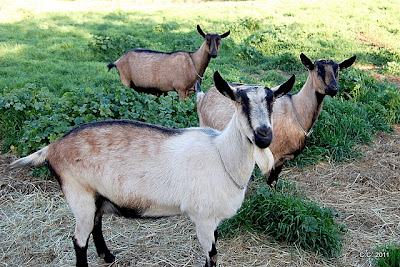 "Bye. See you in a few weeks." I said,
"I will be the Farmlady with the camera. Don't forget."
They just looked at me.
Then the pig, named Piggy, came over to say goodbye. 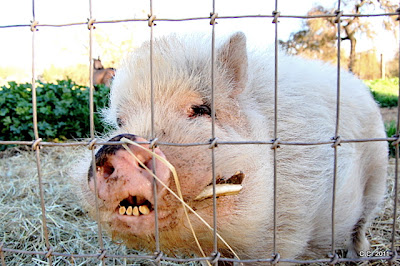 Jane took this pig in as a favor to a friend. I think it's old.
It's definitely a bit scary. Look at that tusk and those teeth.
Now that's what I call a "guard dog".
No respectable coyote would mess with this pig.
Me neither.
Posted by farmlady at 5:27 PM