I won't bore you with lots of pictures of relatives you don't know, but I would like to show you a few. We had such a lovely time and my sister had her home looking so nice.
Remember the Manzanita that she cut when she was up here around my birthday? 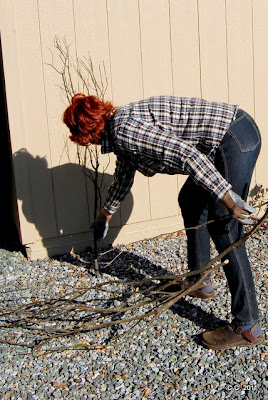 Remember how we lined them up and chose the best ones for her to take home? 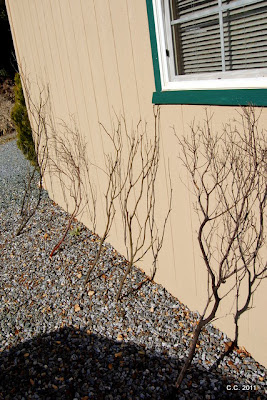 Well, just look at what she did with them, over her kitchen window. 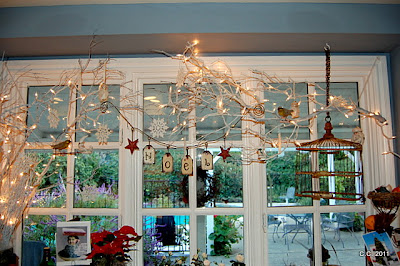 Really beautiful Sis! I love the lightly sprayed branches and the little lights. 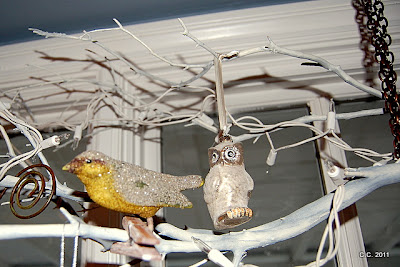 And you even have a little owl perched up there... just like the little visitor on our porch. 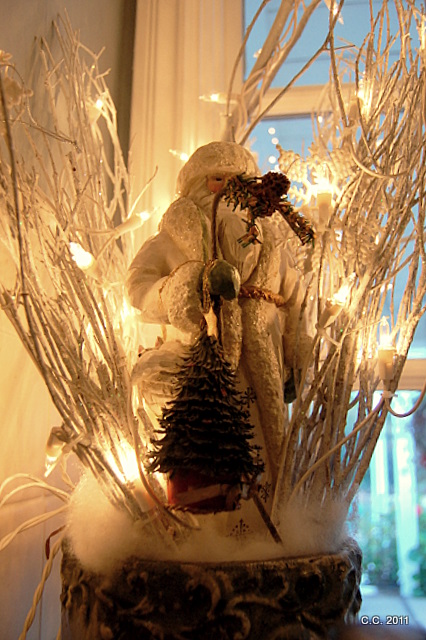 And, as Ben and Lily waited for the rest of the family to arrive, 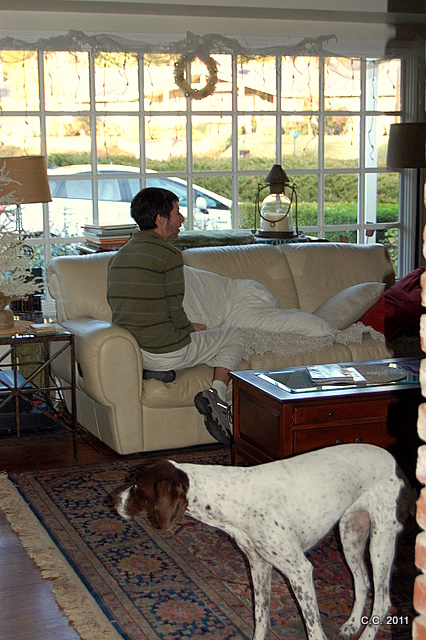 I walked around and took a few pictures. 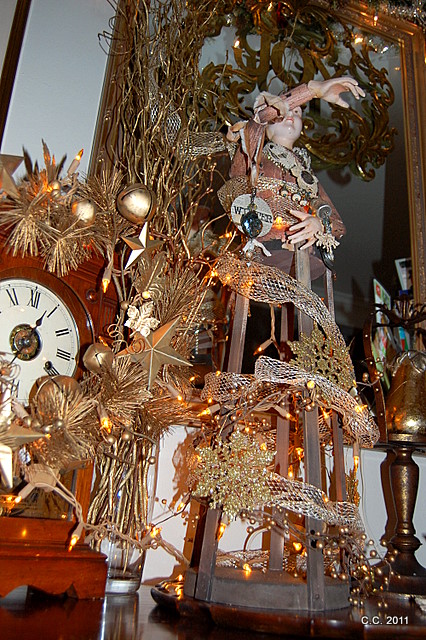 The entrance hall...
with the Santos Doll in her glitz and bling. 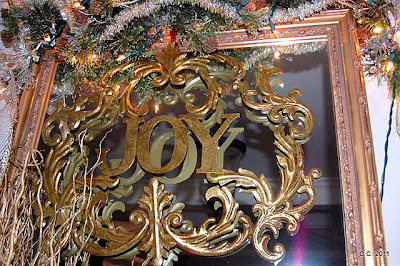 And, on the wall, a joyful mirror reflecting all the activity of the day.
There were drinks and hors d'oeuvres to nibble on while a wicked game of Candyland was being played in the livingroom. 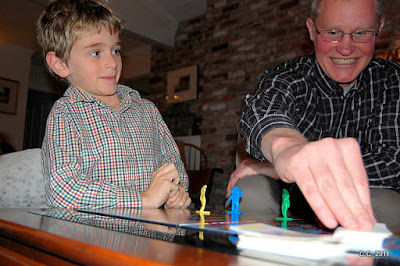 Guess who was winning? Look at that sly smile. The Bean won hands down. My grandson BEAT my oldest son. Hard to believe, but he did. The Bean took his Uncle "M" to the cleaners.
Little Bean didn't even try to beat his brother. He sat on the couch and played his own game... by himself. 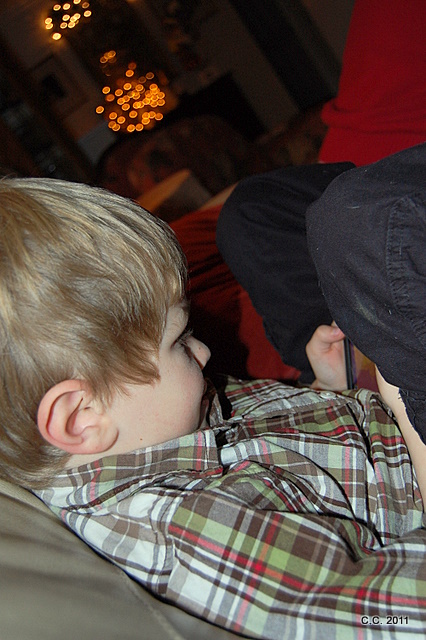 We had a wonderful dinner and later we had some dessert to top it all off... and candy... and, well, way too much of everything. But over indulging once a year isn't really that bad. Is it? It's Christmas. It's a time of GOOD CHEER... and FAMILY... 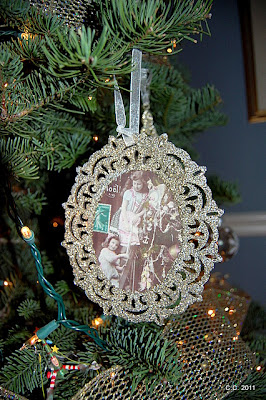 lots of CELEBRATING... Christmas Trees and Plum Pudding. Well it wasn't actually Plum pudding. It was Blackberry Pie and Italian Creme Cake... and ice cream... and SEE'S candy.
Oh my, I think I have to go on a diet next week.

Later, in the evening, after everyone was gone, Sis and I sat down with her husband and son to rest a while. I looked over on the sofa and saw... What?
What was this fur, upon fur, up on the back of the sofa? 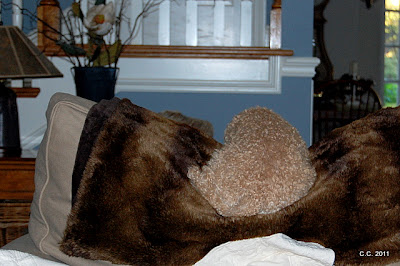 What furry child is this...who laid to rest... on my sister's couch, is sleeping. I know, that was just wrong wasn't it? I tried to fit the situation into the song. What Child Is This? Greensleeves?  Sorry.
But LOOK! Tis a tired pup named Fozzy Bear. 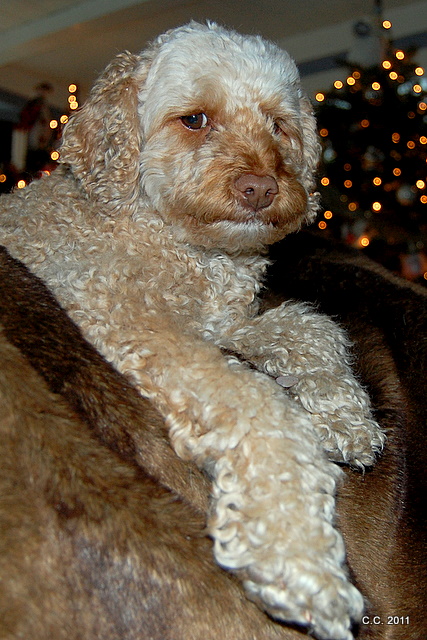 Glad that everyone was gone and his home was peaceful and quiet again. Now it was time to put the camera down, give Fozzy a rub behind the ear and promise not to invade his home again for a long time to come. Thank you Fozzy Bear. Thank you Sis. It was a wonderful day.
Posted by farmlady at 4:24 PM