And she made Bread Pudding for Dessert 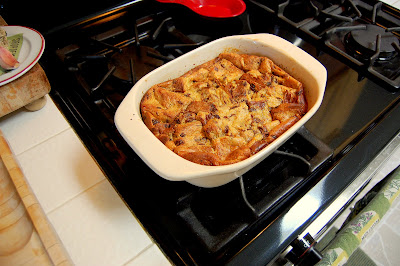 This bread pudding turned out really good. I used this recipe I have had for years. It was in a magazine and an ad for Sun Maid Cinnamon Swirl Raisin Bread. I don't add the extra raisins and I use three eggs. I also add a teaspoon of grated orange rine and 1/4 teasp. of pumpkin pie spice. I use half & half instead of milk. I also press the bread pieces with a fork after I pour the milk and egg mixture on top of it to make sure the bread is completely soaked. You don't want dry bread pieces in your pudding. 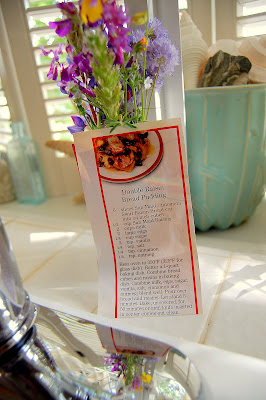 The wildflowers were a pretty background for the recipe but I didn't think anyone could see the ingredients so I did a close up too. 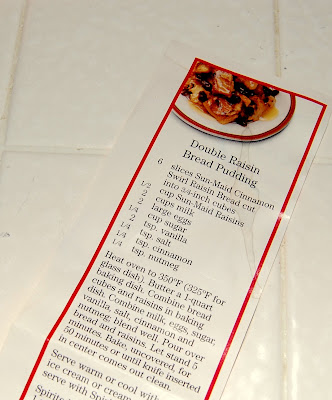 It's all gone and it was really good. The Prospector, Sis and I finished it off. Try it, with cream or half & half...., or vanilla ice cream. Hmmm good!